A film crew saved a group of penguins and their babies on an Antarctic shoot for David Attenborough’s new show Dynasties.

This week’s episode, which will air on Sunday, tells the story of emperor penguins living in bitter -76F (-60C) conditions.

But the programme’s director Will Lawson and cameramen Lindsay McCare and Stefan Christmann came across an unexpected challenge shooting the episode.

They were devastated when they found a group of birds had fallen over the edge of a chasm after a white-out and were trapped with their young.

The crew took a ‘unanimous’ decision to dig an escape ramp in deadly cold temperatures to save them, which will undoubtedly make for some of the most heart-warming TV of the year. 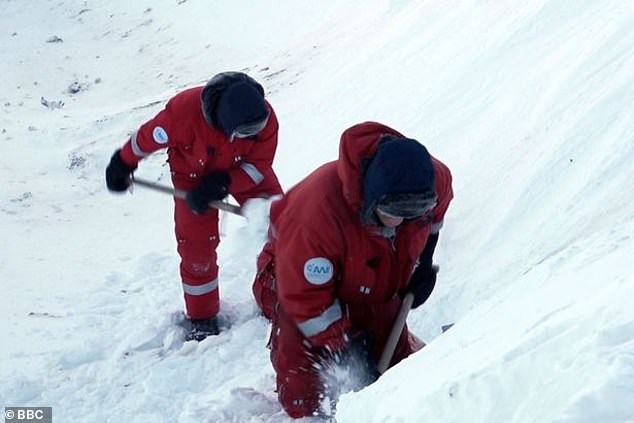 Director Lawson said: ‘We opted to intervene passively. Once we’d dug that little ramp, which took very little time, we left it to the birds. We were elated when they decided to use it.

‘There’s no rule book in those situations. You can only respond to the facts that are right there in front of you.

‘As you can imagine, we only show a fraction of the real trauma and difficulty that the animals go through – it was a very hard thing to see.’

There were no other animals for miles – so it was just the birds and the crew.

Lawson added: ‘What was unique with this was that the only other animal there was us – nothing else would directly benefit from this. I’m sure some people will have an opinion in the other direction but in my heart of hearts I think we made the right decision.’

In Sunday’s episode viewers will see hundreds of endangered emperors grappling with blizzards while going without food for months to protect their eggs. 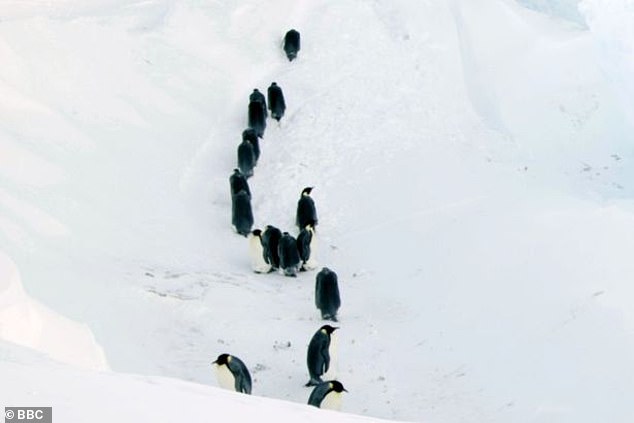 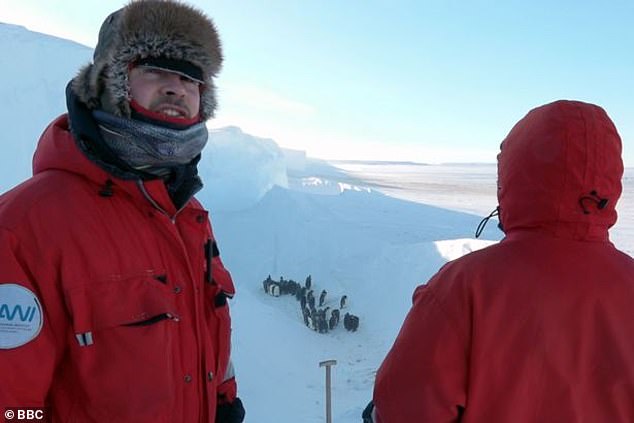 Lawson said: ‘Having experienced first hand an element of what they have to endure, I’ve got the most respect for emperor penguins over any other animal I’ve ever filmed or encountered.’

The three men spent 11 months at a German research station to film the episode.

It focuses on the survival of the endangered emperor penguins and how they fight through the bitter cold to survive the winter with their babies.

The first episode, Chimpanzee, told the story of David the chimp, a leader of a group of monkeys in West Africa.

But it later emerged he had died seven months after filming after a group of younger male chimps ‘jumped him’. 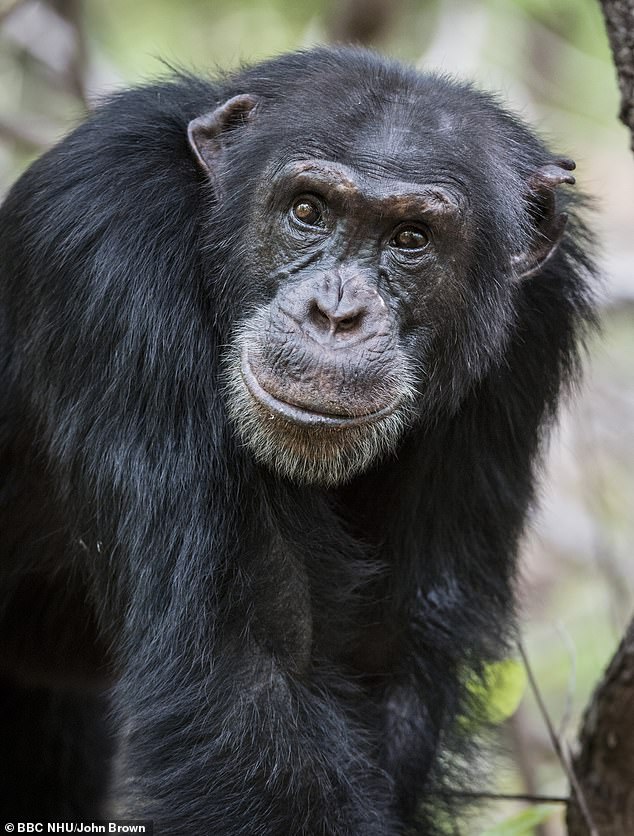 David (pictured) the chimpanzee was the focus of the first episode of Dynasties, filmed in West Africa. He was killed by fellow chimps seven months after filming

Home Secretary unveils the biggest immigration reform for decades
Raheem Sterling suffers shocking racial abuse at Chelsea
Estranged wife of ex-racing driver WINS the right not to be left out of £11m fortune
Ryanair issues profit warning as lower winter fares bite
Will Smith stays in character as the Genie when talking to twin girls, 4, at Aladdin premiere
Viewers praise hunky Christopher Abbott in Catch-22 as he strips naked in first episode of series
Father films easyJet worker accusing daughter, 10, of FAKING asthma to get on flight
Asylum seeker, 30, with 18 convictions gets another chance to stay in UK