The state commission investigating the shooting at Marjory Stoneman High heard on Wednesday from a detective who investigated Cruz’s internet searches, text messages and cellphone usage in the days and months leading up to the shooting.

Pinellas County Sgt. John Suess told the commission that on the morning of the February 14 shooting, Cruz tried repeatedly to engage his ex-girlfriend in phone and text conversations.

She told him to leave her alone and that she had a boyfriend.

He responded: ‘You will always know I love you.’ 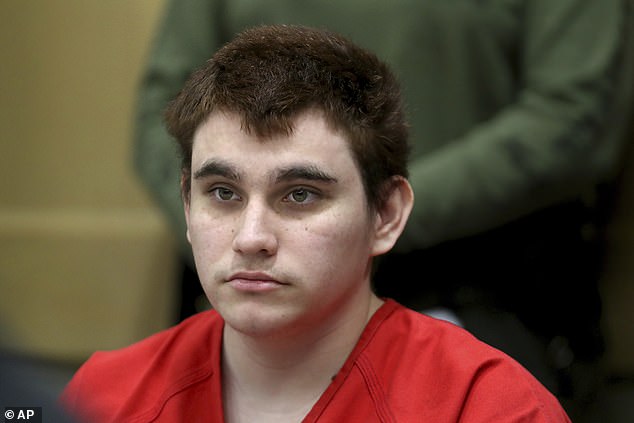 Cruz soon contacted Uber to take him to the school where he shot dead 17 people.

Sgt. John Suess also showed commissioners photos from Cruz’s cellphone of the then 19-year-old with rifles, of dead animals and of racist and Nazi messages.

On January 21, Cruz wrote himself a cellphone note saying ‘life is a mess’ and ‘unfair’ and that he was getting ‘even more agitated.’

‘I want to kill people but I don’t know how to do it,’ he wrote, adding that he thought of maybe going to a park.

Suess said Cruz frequently looked up the song ‘Pumped Up Kicks,’ where a shooter sings that other kids ‘better run, out run my gun.’ 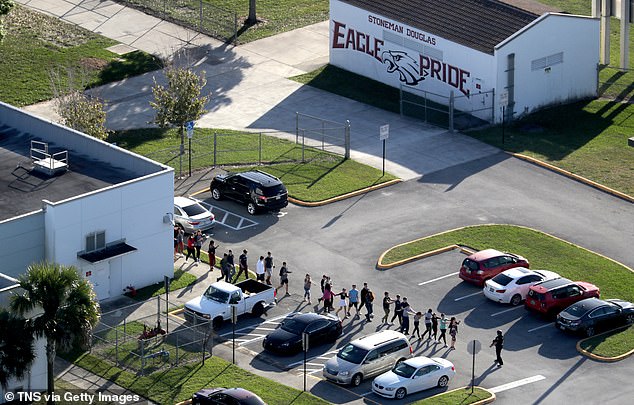 About a week before the shooting, Cruz searched ‘Is killing people easy’ and for ‘crime scene cleanup.’

On February 9 – just five days before the shooting – Cruz did searches seeking information about homicidal thoughts and urges and for a therapist. Some commissioners thought Cruz was having second thoughts.

But the next day, Cruz was again looking at videos about the Columbine and Virginia Tech shootings.

Three days before the shooting, Cruz made previously released cellphone videos that he never shared outlining his plans. He looked up how long it takes police to respond to school shootings.

It come as Cruz appeared at a brief initial hearing on Wednesday after he allegedly attacked a detention officer at the county jail. 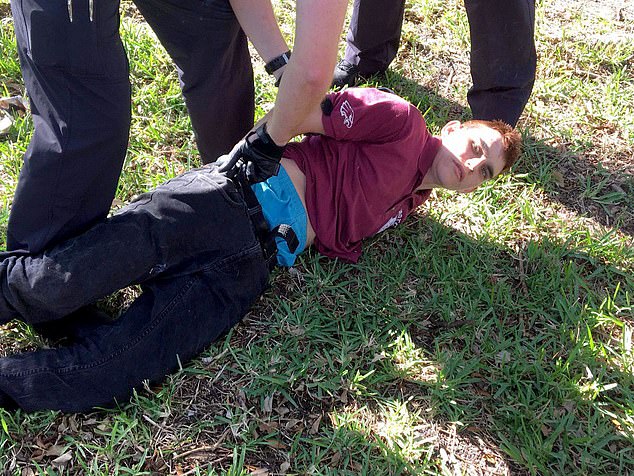 Cruz, who was arrrested soon after the shooting after he fled the school, is facing the death penalty over the massacre that killed 17 people and wounded 17 others

His bail for the assault charge was set at $200,000 but he won’t be released because he’s being held without bond on the murder charges.

The 20-year-old Cruz already faces the death penalty in the February 14 shooting at Marjory Stoneman Douglas High School in Parkland that killed 17 people and wounded 17 others.

He’s pleaded not guilty in the shooting but his lawyers say he would plead guilty in exchange for a life prison sentence.

Photo proves penalized Harvard running back did NOT flip off Yale defenders
Minnesota home is obliterated by massive explosion which firefighters say was caused by a gas leak
Trump uses Texas campaign rally to trash ‘young man’ Beto O'Rourke, rips the ‘green new deal’
Two college friends found dead near campus in murder-suicide
Father famed for making incredible school lunchboxes for his daughters shares his formula
Australian fitness experts reveal seven energy boosting foods you need in your diet
Killing Eve's Villanelle takes on one of most alarming and convincing disguises yet
One of New York's oldest bars will keep its doors OPEN after city intervenes