The 42-year-old aide looked right at home in her nearly $700 Alice + Olivia coat as she posed for photos in front of an equally colorful backdrop during her night out in .

While her vibrant fur was undoubtedly eye-catching, she paired it with a demure black dress, tights, and patent leather knee-high boots. 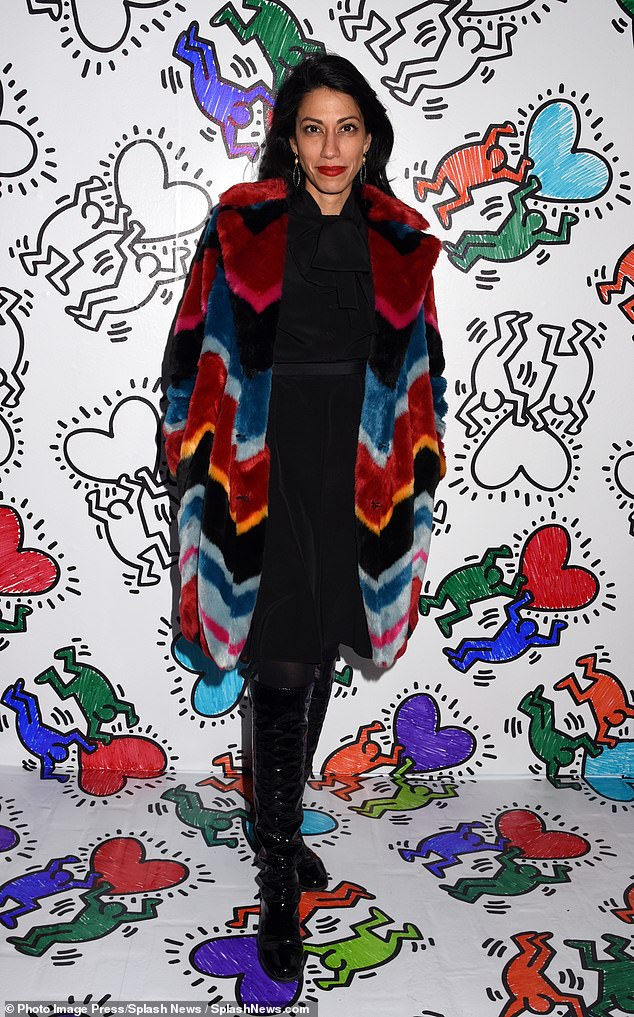 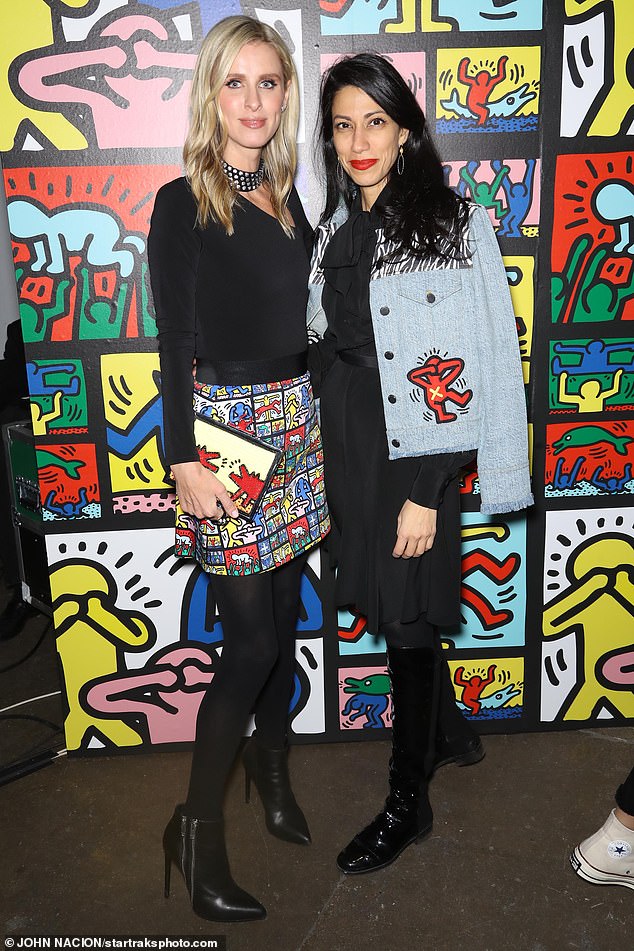 Famous friends: The Hillary Clinton aide struck a pose with socialite Nicky Hilton Rothschild, and they both modeled pieces from the new collection

Her younger sister Heba Abedin also attended the star-studded fête, but the siblings didn’t take any photos together.

Instead, the eldest Abedin sister was seen striking a pose with Nicky Hilton Rothschild.

Huma and the socialite were both wearing pieces from the capsule collection, which features graphic designs from ’80s street artist Keith Haring.

Nicky, 35, was decked out in a $265 patterned miniskirt, while Huma wore a $695 patterned denim jacket slung over her shoulders. 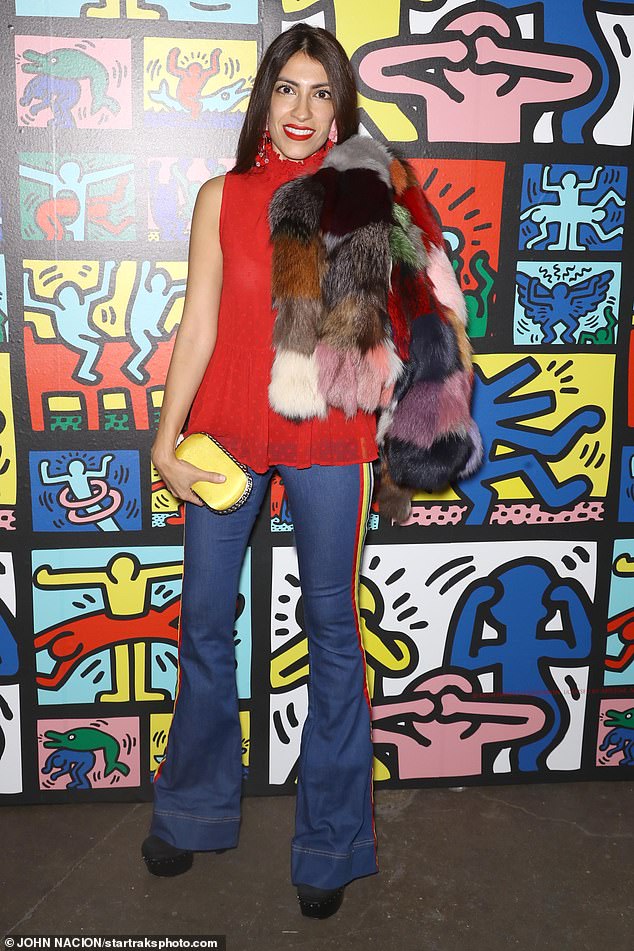 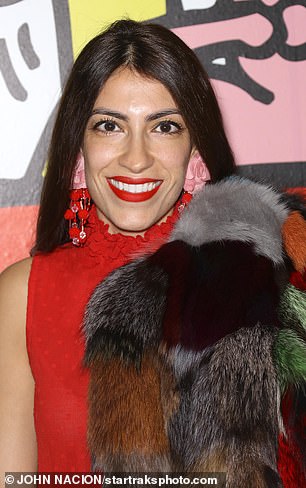 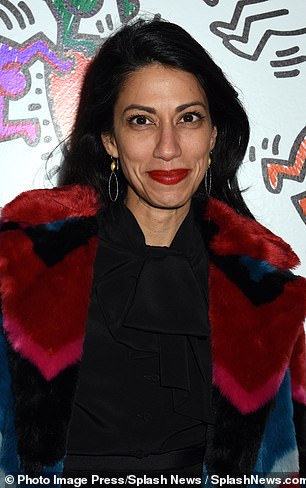 Huma topped off her look with hoop earrings and a bright red lip that added another pop of color to her look.

She and Nicky also cuddled up for a group shot with Alice + Olivia designer Stacey Bendet, who donned a full-length gown.

Although Huma and her sister didn’t arrive at the party together, they certainly have the same sense of style.

Heba had an equally colorful fur coat slung over her shoulder as she posed for pictures by herself at the event. 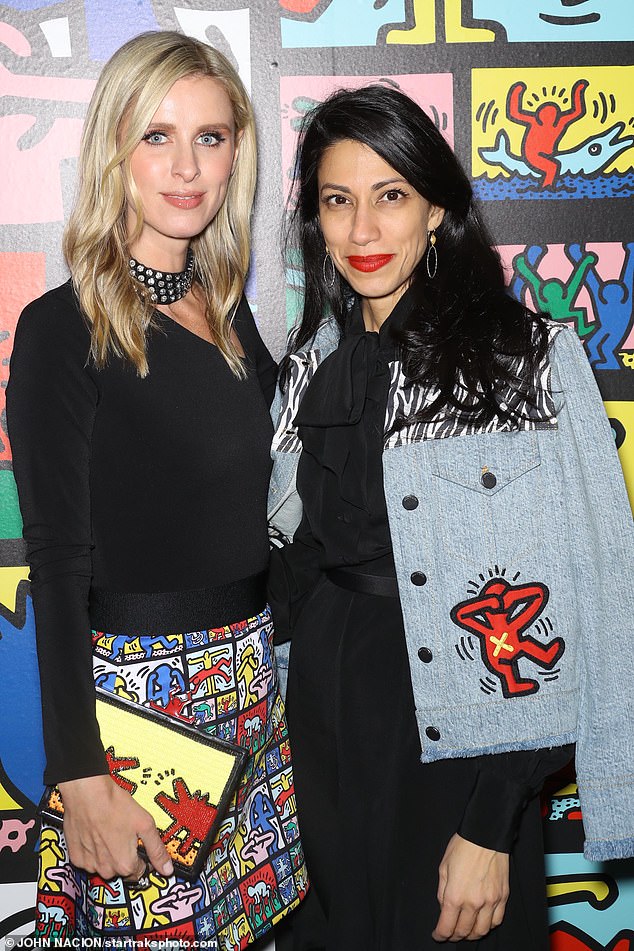 Matching: Nicky, 35, was decked out in a $265 patterned miniskirt, while Huma wore a $695 patterned denim jacket slung over her shoulders 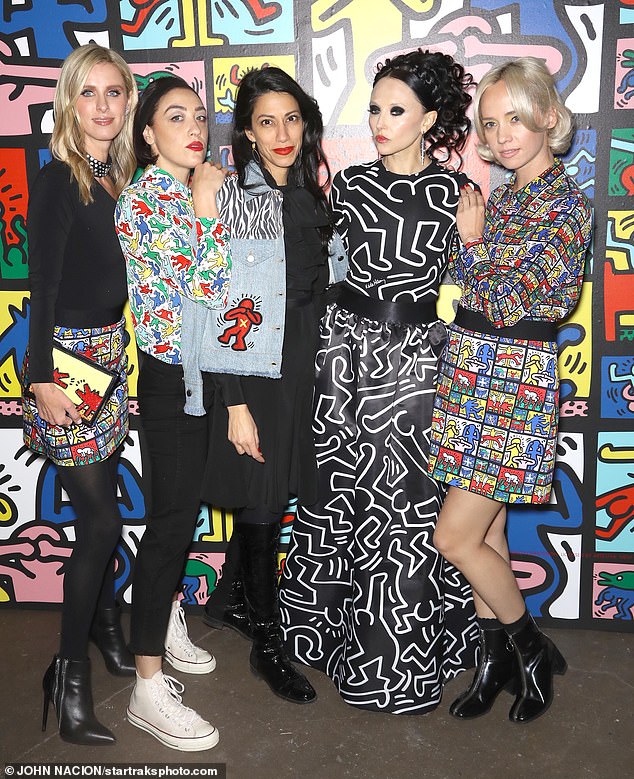 Like Huma, she sported a bright red lip, which matched the color of her sheer sleeveless blouse.

Heba channeled the ’70s with her flared jeans that featured rainbow piping down the sides of each leg.

She topped off the disco-inspired outfit with a pair of black platform heels and a small yellow clutch.

Paris Jackson and Jenny Mollen were also among the stars at the bash, which featured unlimited arcade games and a dance party.

The soirée also had music by The Dolls and skate performances by Brenn Lorenzo, Jules Lorenzo, and Danielle Melendez.