A homeless man is being charged with conspiring with a New Jersey couple to scam donors into giving them $400,000 on GoFundMe.

Kate McClure and her boyfriend Mark D’Amico, of Bordentown, New Jersey, made headlines after setting up a fundraising page for Johnny Bobbitt last year.

She said Bobbitt came to her aid and gave her his last $20 when she ran out of gas on an Interstate 95 exit ramp in Philadelphia late one night last October.

More than 14,000 people donated to the GoFundMe campaign McClure and D’Amico set up as a way to give back to Bobbitt.

But now, it has been revealed that McClure, D’Amico and Bobbitt will all face charges including conspiracy and theft by deception, reports. 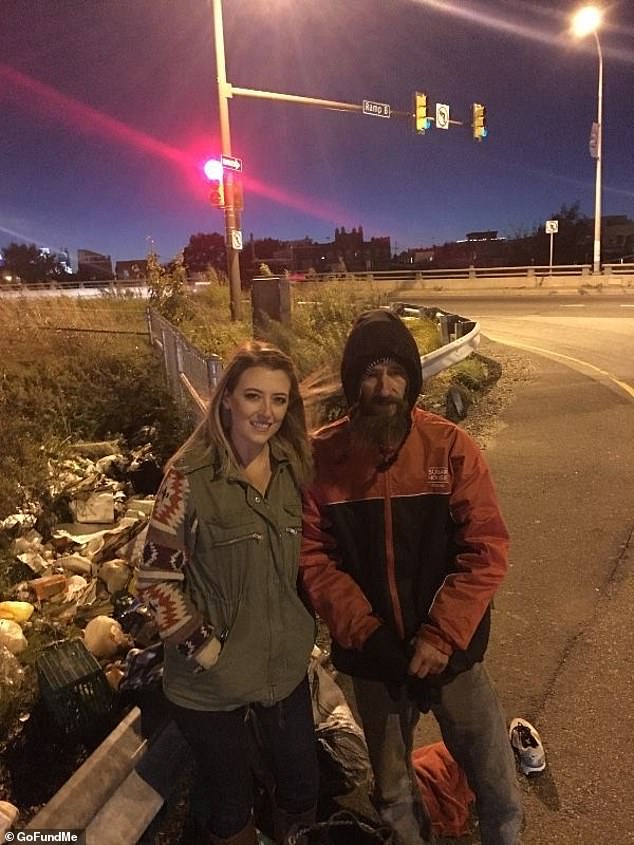 A couple and a homeless man are facing charges after allegedly making up a story that led to them raising $400,000 on GoFundMe. Pictured, Kate McClure and Johnny Bobbitt 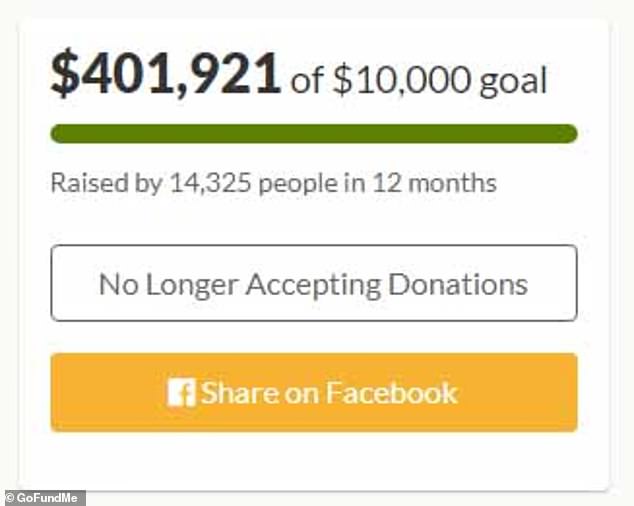 More than 14,000 people donated to the GoFundMe campaign McClure and D’Amico set up as a way to give back to Bobbitt

They allegedly provided a false story in order to raise money for themselves, a source familiar with the case told the station.

McClure and D’Amico turned themselves in to Burlington County prosecutors on Wednesday, the source said. It was not clear if Bobbitt had turned himself in as well.

A complaint obtained by NBC10 alleged the trio conspired to make up a fake story to raise money.

They deliberately prevented donors from knowing information ‘that would affect their judgement about solicited contribution to that fundraising effort,’ the complaint claims.

After the GoFundMe campaign went viral last year, the trio appeared on shows like Good Morning America and conducted a number of interviews together. 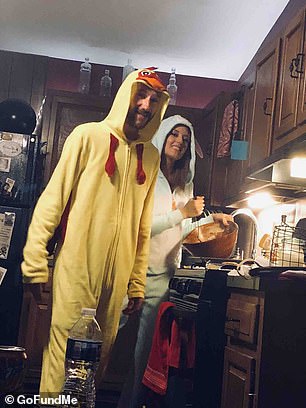 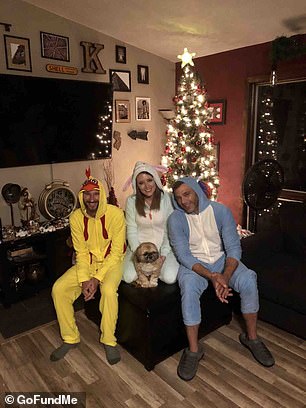 McClure, D’Amico and Bobbitt (pictured over Christmas last year) allegedly provided a false story in order to raise money for themselves

But the relationship then went sour.

Bobbitt accused the couple of using the fund to bankroll a lavish lifestyle and said the majority of the money didn’t go to him.

D’Amico and McClure repeatedly denied any wrongdoing or misusing any of the money.

But Bobbitt sued the couple after claiming they mismanaged a large part of the donations raised for him on GoFundMe.

The couple denied those claims, saying they were wary of giving Bobbitt large sums because they fear he will buy drugs. 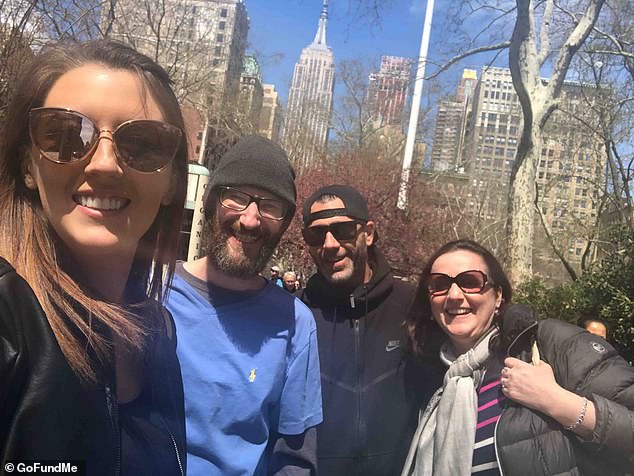 After the GoFundMe campaign went viral last year, the trio appeared on shows like Good Morning America and conducted a number of interviews together. Pictured, McClure (left) and Bobbitt (second from left) on a trip to New York 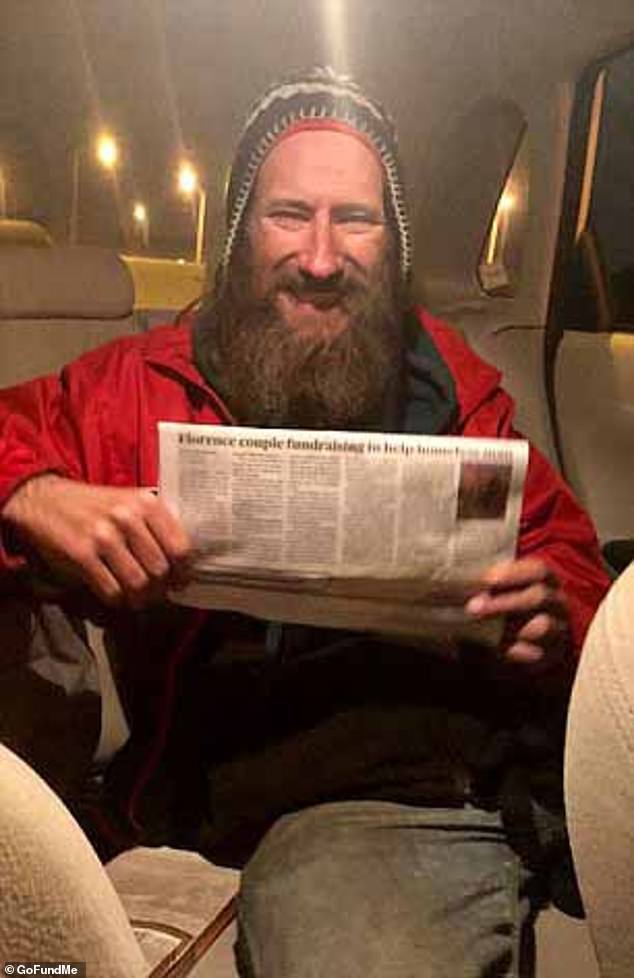 D’Amico has said Bobbitt spent $25,000 in less than two weeks in December on drugs, in addition to paying overdue legal bills and sending money to his family.

But in August, a judge ordered McClure and D’Amico to turn over what is left of the cash.

The couple also bought Bobbitt a camper with some of the funds and parked it on land McClure’s family owns in Florence.

But Bobbitt became homeless again after D’Amico told him in June that he had to leave the property.

And when D’Amico appeared in court on unrelated traffic charges in September, he told a reporter that everything in the GoFundMe case would soon become ‘crystal clear.’

His and McClure’s rural New Jersey home was raided by investigators executing a search warrant. Among other items, authorities hauled away a new BMW on a flatbed truck.