A four-year-old girl was found abandoned crying in the back seat of her car after being left in a city tow lot in Milwaukee when her mother had been arrested on suspicion of drink driving.

The little girl had been in the minivan for around eight hours before a tow lot operator heard her cries coming from inside.

The girl’s mother was arrested around midnight by Milwaukee police and although staff removed her 10-month-old baby, they failed to spot the four-year-old – and the mother failed to mention it. 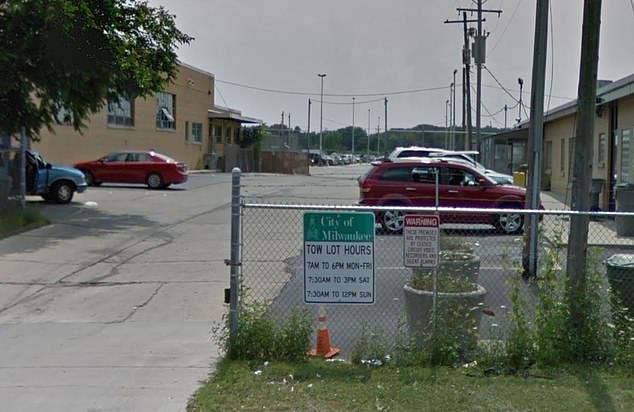 Vehicles are supposed to be ‘thoroughly searched’ at the scene before being towed, under the Milwaukee Police Department’s standard operating procedure.

The van had been placed on a flatbed truck by the city’s towing contractor and taken to a tow lot.

Upon arrival at the lot, all  vehicles are supposed to be inspected in order to record vehicle identification and license plate details.

Staff are supposed to then search the car using a flashlight – but clearly on this occasion such a search did  not happen.

‘As a father of three, this is something that — very upsetting to me personally and certainly upsetting to all that were involved with this.’

The girl wasn’t found until about 8:30am when she was found to be ‘extremely upset and crying.’ 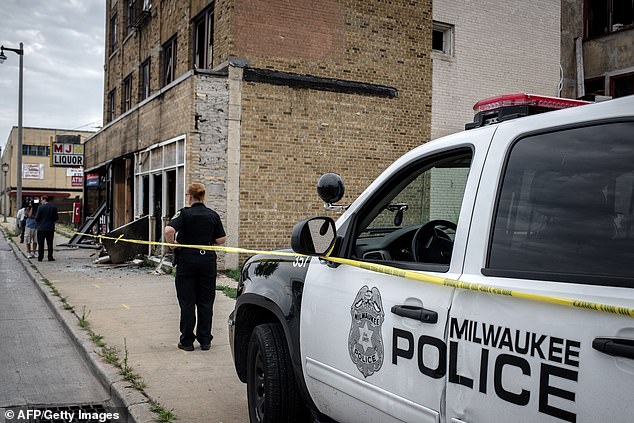 Earlier, police pulled the mother over for drink driving and crews towed the vehicle to the lot

The Fire Department ended up being called out to check the girl for exposure after sitting in the car for eight hours in cold weather as temperatures overnight Tuesday dropped to 18 degrees.

The youngster was fine but was taken to a hospital as a precaution.

Family members said the child hads sleeping in the back seat the whole time.

Davis said her niece is strong to survive the freezing overnight temperatures.

‘I couldn’t even understand myself lasting that long. All those hours,’ said Davis.

Illegal immigrant from Montenegro 'ran illicit dental practice in the basement of his Michigan home'
Man's dying wish fulfilled with call from Donald Trump's son
Kate's spot on - forest bathing CAN make you live longer
Game of Thrones Kit Harington in rehab for stress exhaustion and alcohol abuse
Assistant principal charged with murder of school teacher after he asked janitor how to clean blood
More than half of Americans are losing sleep over their finances
Serena Williams and daughter Alexis flex their muscles from Wimbledon in matching Serena sweatshirts
Neiman Marcus to file for BANKRUPTCY after furloughing nearly 14,000 employees