American women who remain unmarried well into their 30s are in good company – and part of a growing global trend, according to researchers.

From to and everywhere in between, anthropologists and other experts are hearing from women who are delaying marriage for a variety of reasons – including educational and career aspirations; financial hardship; and a desire to have more life experience before settling down.

The result could be shift in the way humanity thinks about love and commitment, according to .

The delayed marriage phenomenon is called ‘waithood’ – a term coined in 2008 by Diane Singerman, an associate professor at American University in Washington D.C. 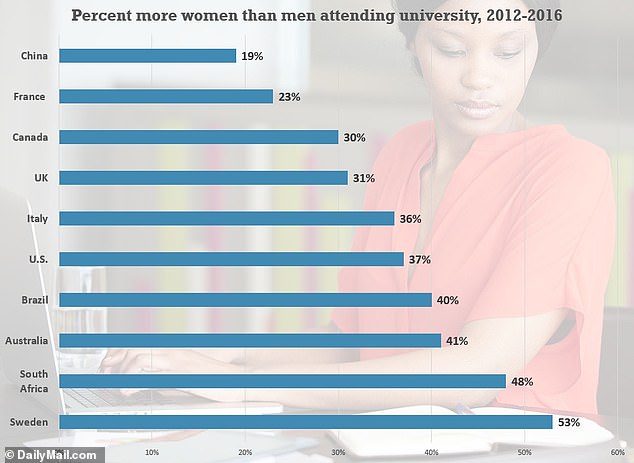 Singerman applies the term to young people of both genders. After studying younger generations in the Middle East – particularly in Egypt – she found that marriage is often too expensive for that population – and having children out of wedlock remains culturally unacceptable.

Young men face challenges that may delay their own marriage plans – globally, high rates of unemployment and low pay can limit men’s prospects, particularly in countries where dowries remain an expected tradition.

‘Young people have been doing what they’re supposed to be doing, educating themselves, trying to find a job and trying to get married and the economic and political and the social are making it very difficult for them,’ Singerman said.

That was the case in Egypt, where Singerman began her research in 2008.

‘If they don’t have money, they do not get married,’ she said.

Marcia Inhorn, a professor of anthropology at Yale University, organized a conference around the concept of delaying major life decisions earlier this year. Researchers from around the world, including Jordan, China, the U.S., Rwanda and Guatemala, shared pre-publication research on how waithood is manifesting in those countries.

‘One of the global trends that was really seen throughout many of the papers was the delay in marriage, especially among more educated classes of people, and especially for women,’ she told QZ.com.

Even in countries where finances aren’t holding people back from marriage, such as Greece, Spain and France, fertility rates are falling. That’s partially due to age-related fertility challenges, often because young couples delay parenthood because they can’t afford common markers of adulthood – like a home of their own.

‘Why are people putting off marriage, why is the age of marriage rising around the world, and (why are there) delays in childbearing? There were different reasons in different places, but it’s a global trend,’ Inhorn said. ‘Especially as women seem to be rising educationally around the world, often outstripping the achievements of their male peers.’

Worldwide, women are consistently outstripping men in attendance at universities – applying and completing degrees in higher numbers than their male counterparts. But the expanded options that come with a higher education create tougher decisions for women that men don’t have to make because they don’t have the same time limit on procreation.

Inhorn has written about the link between women’s educational achievements and the incidence of egg freezing to preserve the chance at motherhood.

However, in some parts of the world education is not the only factor making women wait. A recent study of multiple countries in sub-Saharan Africa found that women without formal educations were more likely to delay marriage if they knew other educated women who were doing the same thing.

For these women it was not delaying marriage until their 30s, but a decision to avoid teen marriage so they could have some life experience before settling down as a wife and mother.

As all of these cultural changes are taking effect around the world, some ideas aren’t shifting to keep up. In most of the world it’s still a common expectation that men will earn equal or higher pay than their wives.

It’s an ancient notion that is inextricably linked to the concepts of masculinity and what is expected of men.

Increasingly women who are educated and ambitious are struggling to find the partner that they want by the time they’re ready to get married.