She is constantly asked when babies will be on the cards for herself and husband Mark Wright.

And seemed to reveal her true feelings when it comes to starting a family, as she hinted she is terrified at the thought of having children in a telling tweet.

The actress, 31, made the confession while asking fans whether they would be watching any horror films for – with a friend of Michelle’s teasing the star with baby bottle emojis as they said: ‘Iv got a horror film for you (sic).’ 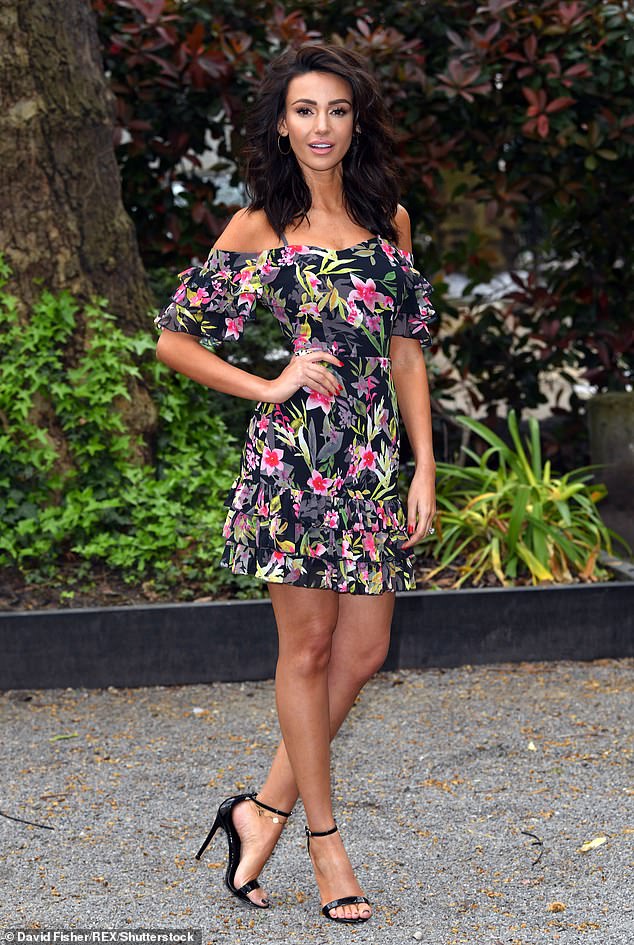 Baby fears: Michelle Keegan, 31, seemed to reveal her true feelings when it comes to starting a family, as she hinted she is terrified at the thought of having children in a telling tweet

Michelle was quick to reply to the tweet and agreed with her friend, as she shared a slew of crying laughing emojis in response and tweeted: ‘You ain’t wrong.’

The Our Girl star’s hints that she could have fears over having a baby come after Michelle revealed she is hoping to have ‘four’ kids with husband Mark.

In an interview with Women’s Health last year, Michelle said that while falling pregnant is currently off of her radar as she is ‘too busy’ with work, she is hoping to start a family in the ‘near future’.

Michelle – who was recently seen raising awareness for cervical cancer as she vlogged her smear test – explained: ‘We’ve not planned anything and realistically nothing can happen right now because I’m too busy, but I’ve always been broody. 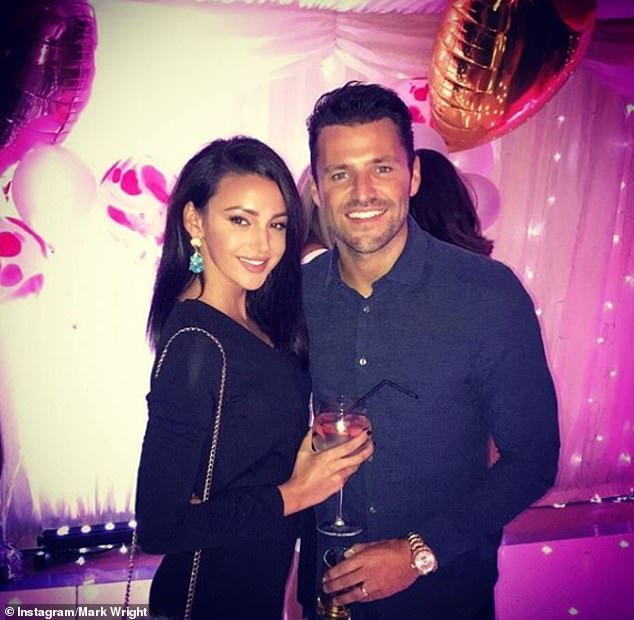 Starting a family? The actress is constantly asked when babies will be on the cards for herself and husband Mark Wright

Telling? Michelle hinted she is scared of having babies, as she told her friend they ‘weren’t wrong’ as they claimed a baby would be a ‘horror film’ for Michelle on Twitter

‘I love kids and I want four, so hopefully in the near future.’

Her playful tweet comes just weeks after former TOWIE star Mark revealed it is his ‘dream’ to become a father.

Discussing his future with wife Michelle, Mark touched on the couple starting a family together and teased children could be on the way soon for the pair. He said: ‘I can’t wait to be a dad, I love kids.

‘Hopefully for me that will be something that happens to me in my life in the future.’

He and Michelle have constantly been quizzed over their baby plans, since tying the knot in May 2015. They married in St Mary’s Church in Bury St Edmonds, three years after initially meeting in December 2012.

Mark had proposed nine months after he and Michelle first met in Dubai, taking his love back to the holiday resort to pop the question in September 2013. 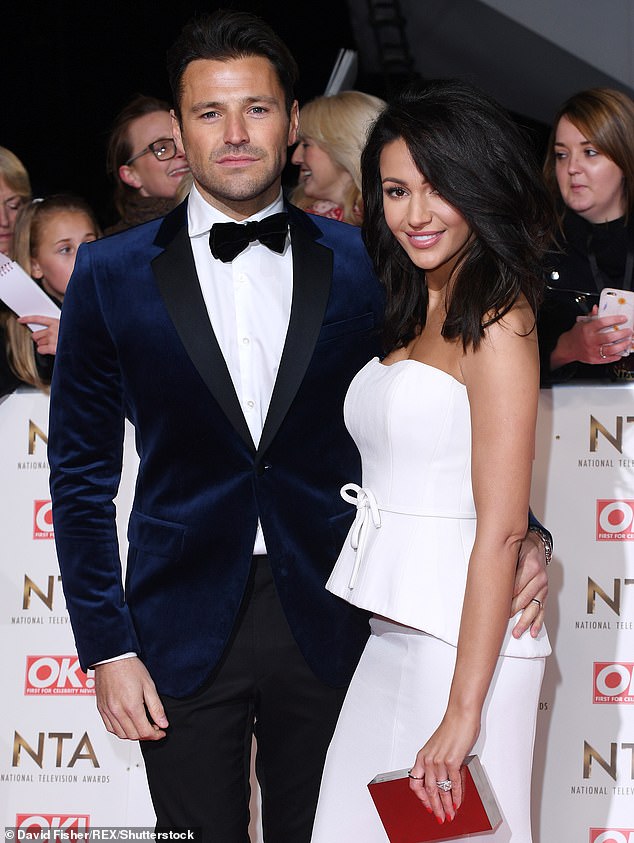 Motherhood: Michelle has previously revealed she is hoping to have ‘four’ kids with husband Mark (pictured above in 2017)

Since marrying, he and Michelle have been forced to spend extended periods away from each other and the UK as their work has taken them overseas.

They enjoyed a brief reunion last month, where they enjoyed a night out at Essex nightclub Faces and pictures surfaced of the pair inside the venue on social media. Mark and Michelle were also spotted with the Wright family in Leeds to celebrate the former TOWIE star’s younger brother Josh’s birthday at the beginning of November.

Former TOWIE star Mark, meanwhile, has since moved to the States where he rubs shoulders with the stars of Hollywood for his hot shot job as a presenter on entertainment news show Extra. 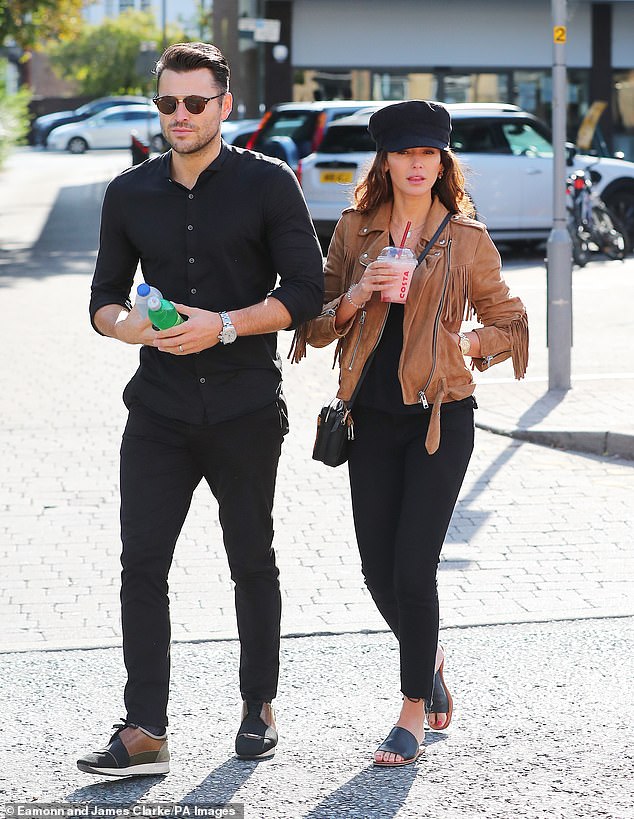 Keen: Discussing his future with wife Michelle, Mark revealed in recent weeks it is his ‘dream’ to become a dad, saying: ‘I can’t wait to be a dad, I love kids’

The reality star has recently returned home from South Africa, where he has just finished filming for The Bachelor UK, after landing the show’s presenting gig.

Due to their working schedules, Michelle’s long-distance marriage with Mark has come under much scrutiny.

Michelle has, however, hit back at rumours regarding their three-year marriage and defended her romance with Mark – insisting the pair choose to keep their love away from the spotlight.

The couple were reunited in Essex, earlier this month, as Mark made a fleeting visit home, with the pair enjoying a night out at hot-spot Faces. Their appearance together comes after Michelle claimed the couple see each other more than they let others know, as they choose not to publish their reunions on social media. 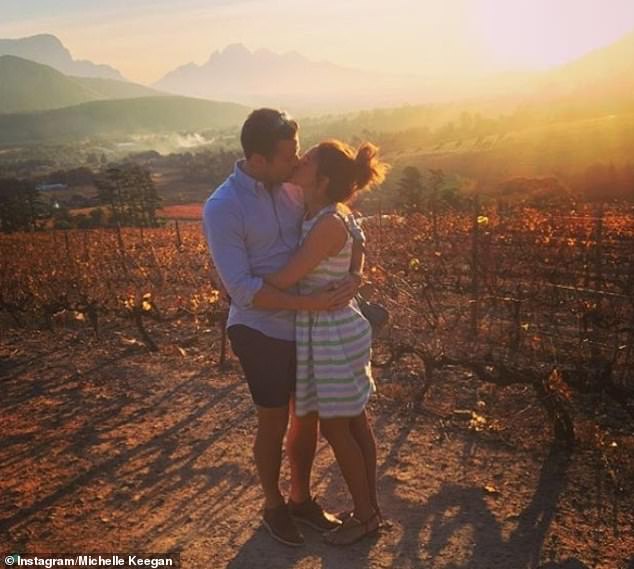 Unconventional: Mark and Michelle are regularly forced to spend extended periods away from each other and the UK as their work takes them overseas

The Brassic star told FABULOUS magazine: ‘No one knows how much we see each other because we don’t publicise it. People say: “Ah, they haven’t seen each other for ages,” but they don’t know.

‘Mark sometimes comes home for a weekend and no one knows he’s even there. Over the years we’ve learned how to do that and I’ve definitely become more private.’

Michelle added she’s ‘proud’ that the pair lead different careers, insisting that her marriage is ‘her business’ and has ‘given up commenting on it.’

When they do find time together, however, Michelle – who’s heritage is from Gilbraltar, Spain – revealed in an interview with Stylist magazine that she likes to cook husband Mark tapas.

She said: ‘I love cooking for friends, and when Mark comes home from being away he always asks me to cook tapas – we have creamy mushrooms, gambas al pil pil and chicken in Parma ham…’ 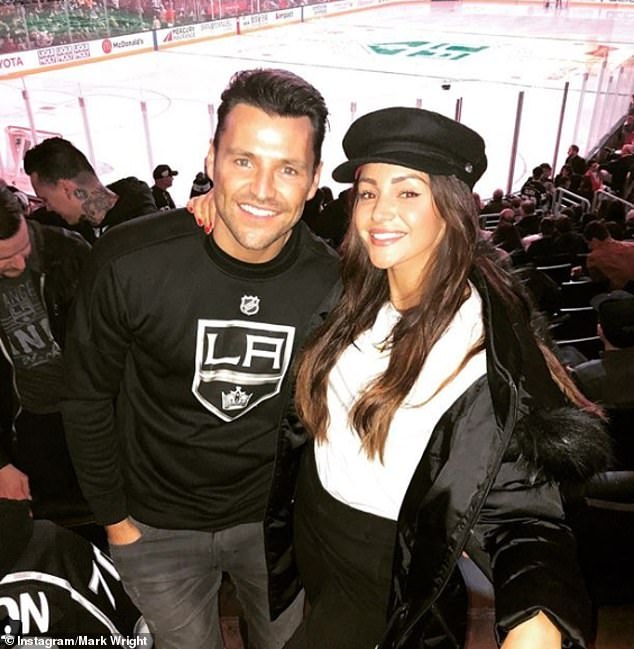 Private pair: Michelle has hit back at rumours regarding their marriage and defended her romance with Mark – insisting the pair choose to keep their love away from the spotlight 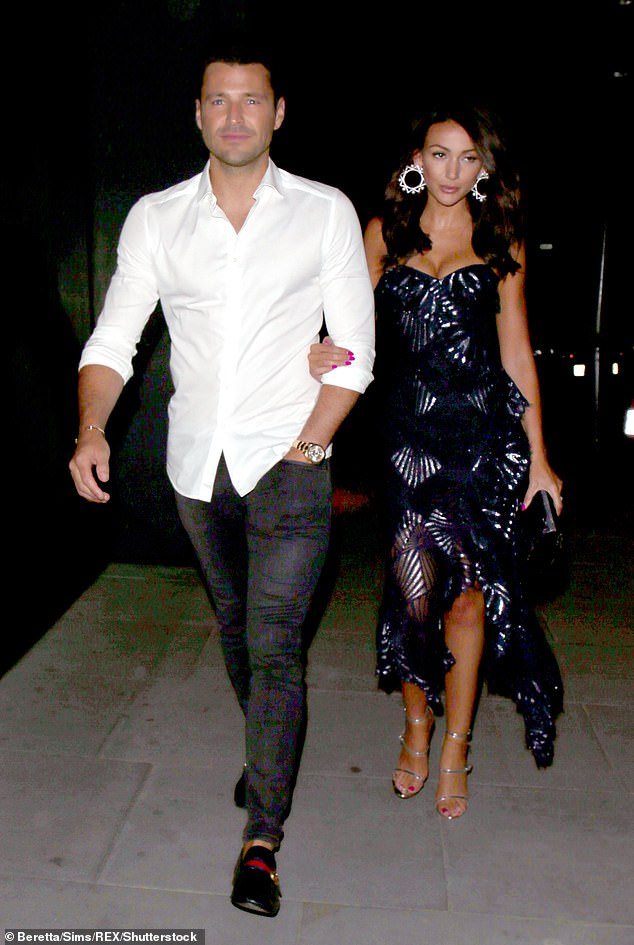 Hitting back: The Brassic star told FABULOUS magazine: ‘No one knows how much we see each other because we don’t publicise it… they don’t know’

Mark, meanwhile, has shared the couple’s secrets when it comes to making their long-distance marriage work.

Speaking exclusively to MailOnline, he said: ‘Don’t listen to the rulebook, the rulebook will say “long distance can’t work’, there’s no way this couple are going to work,” it’s bulls**t.

‘At each other’s feet every day doesn’t work, it depends on the couple, if you love each other you make it work. I wouldn’t suggest going months and months without each other, make it work, put it into your schedule , make sure you see each other enough, it keeps the heart fonder.’

Speaking of his move Stateside, Mark admitted that he does find it difficult being away from his friends and family.

‘I miss them every day when I’m not with them. It’s something I have to think about in the future, how long I want to be away from them for.’ 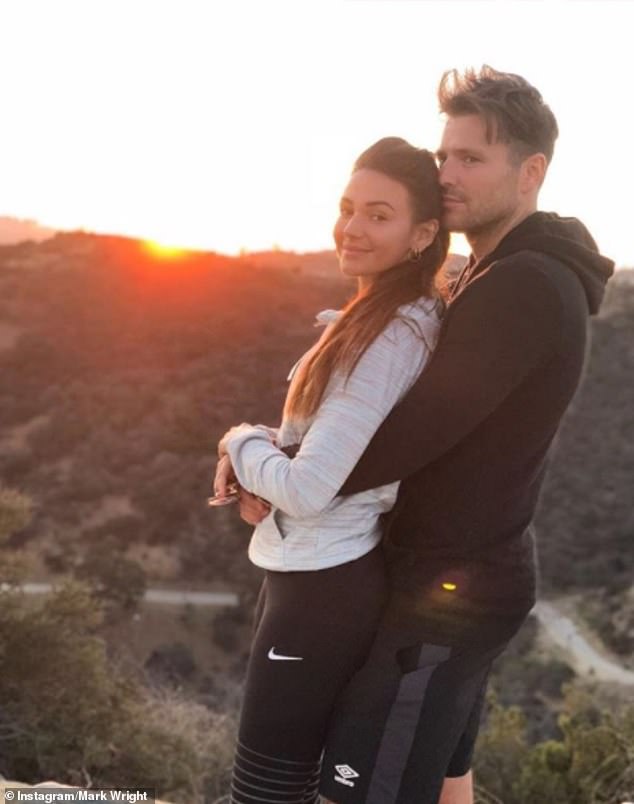