The pair collided 43 laps into the 71-lap race at Interlagos, with Ocon needlessly trying to race Verstappen while being lapped. Verstappen was then the leader. Ocon was the fool.

They came together at the Senna Esses and Verstappen spun off, ceding his place to Lewis Hamilton, who went on to win his 10th race of the season – the perfect celebration of the fifth world title he won in Mexico a fortnight ago. 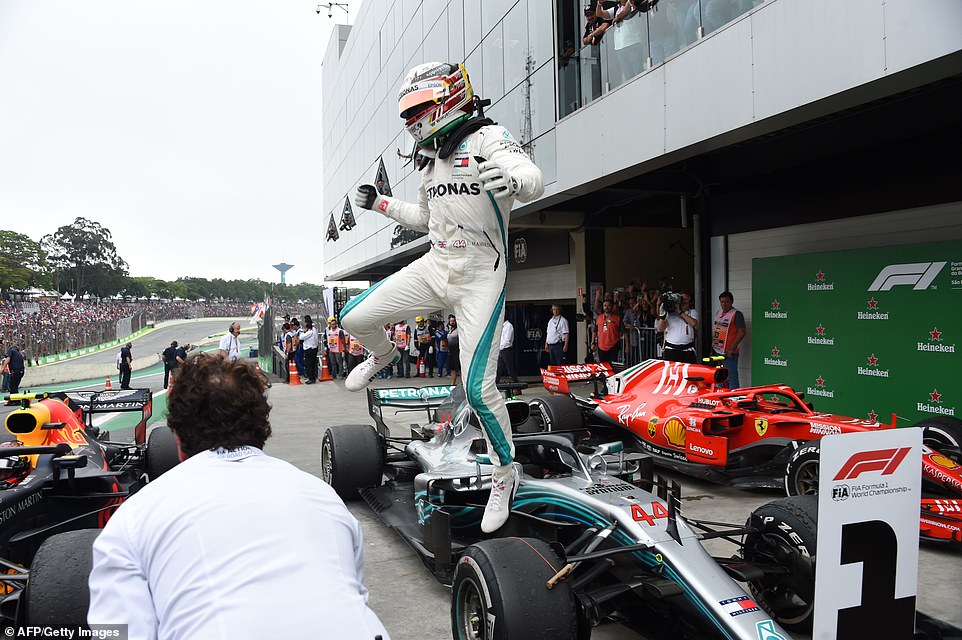 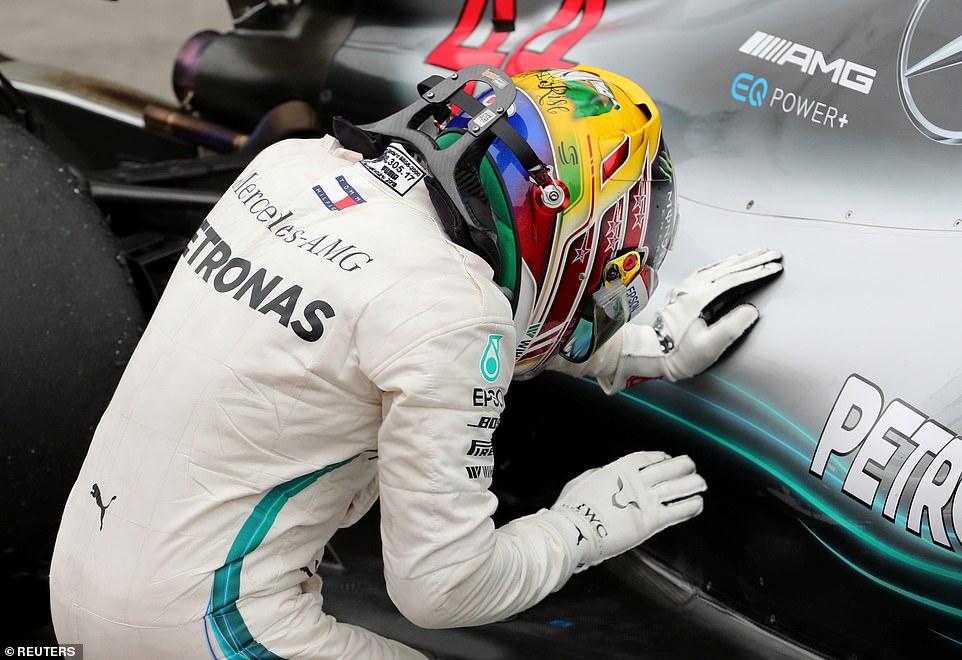 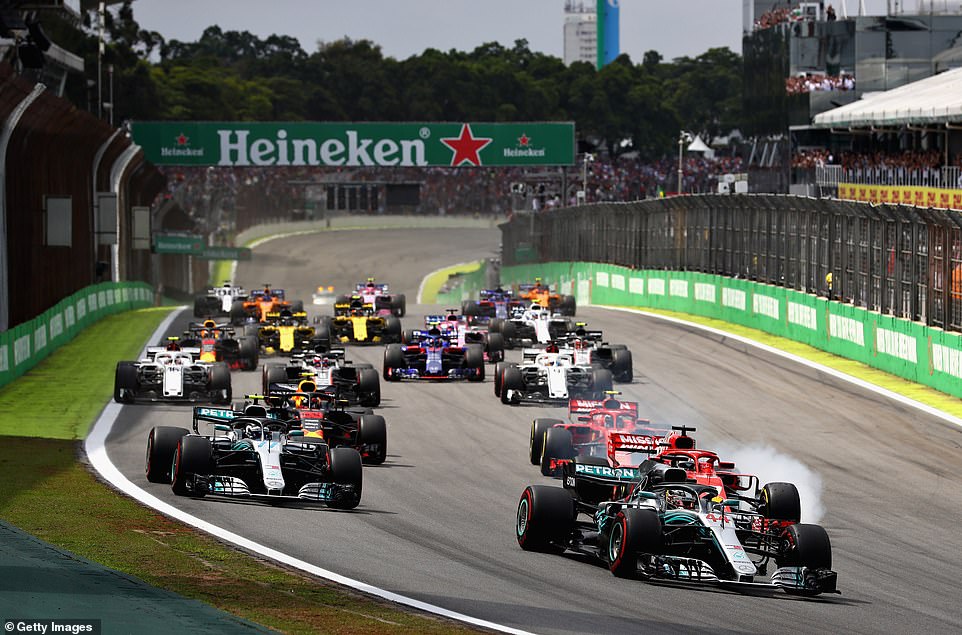 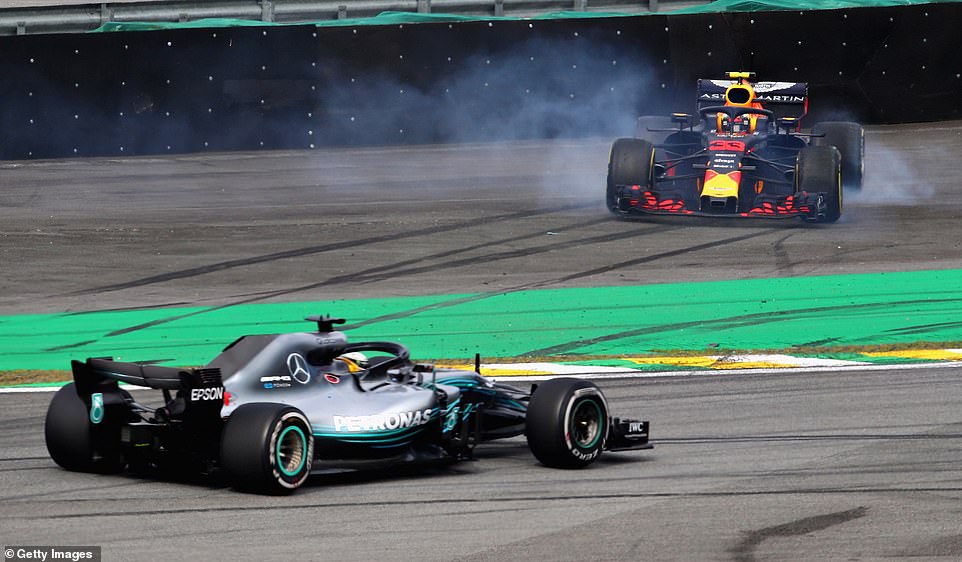 18 Lance Stroll (Can) Williams at 2 Laps

That championship victory turned Sunday’s race into a dead rubber of sorts – certainly the weekend had a certain after-the- Lord-Mayor’s-Show feel about it – though there was the business of the constructors’ title to wrap up. Mercedes did that with Hamilton’s victory and team-mate Valtteri Bottas fifth.

New kitchens all round at Brackley! Five times in as many years, Mercedes have handed out bonuses that come with the team title.

But there was no celebration for Verstappen, who was chasing his second successive victory. He was full of elan throughout the afternoon, carving his way up the field from fifth on the grid. He had a fast Red Bull but put it to emphatically good use.

Past Kimi Raikkonen, Sebastian Vettel and then Valtteri Bottas – all early on.

After pitting, he came out behind Hamilton but passed him easily enough down the straight for the lead.

Then, the collision with Ocon, who drove into the side of Verstappen. Should Verstappen have taken more care? Perhaps, but he was entitled to greater circumspection from a driver so far down the field – 16th of the 18 runners at the time.

‘What a f****** idiot,’ raged Verstappen over the radio. His boss Christian Horner waved his arms angrily on the pit wall. Verstappen was now five seconds down on Hamilton and nursing a bruised car. He finished second with Ferrari’s Raikkonen third.

The stewards looked into Verstappen-Ocon incident and gave the Frenchman a severe hit – a 10-second stop-go penalty, only one level down from putting out the scaffolding by waving a black flag at him.

Ocon, 22, is on Mercedes’ books, part of their young driver programme. A conspiracy theorist might suggest he was helping a fellow Mercedes man, Hamilton, and acted deliberately.

Perhaps, but it seems a bit grassy knoll to me. I put it down to simple idiocy.

It was the first time Hamilton, who had started on pole, has won a race in the same season after winning a championship. It was his second win here at Interlagos, the track on which he invaded the awareness of the wider world with his last-corner title sorcery a decade ago.