A law enforcement officer – who is a father-of-three and worked on the force for 13 years – was labelled a ‘complete idiot’ after getting high on drugs obtained from tampering with evidence.

Judge Mary Misener scalded Toronto Constable Vittorio Dominelli, 36, in a College Park courtroom Friday for taking three bars of cannabis-infused hazelnut chocolate and then having to radio in for help after scoffing one while on duty and panicking.

The officer was carrying a service-issued firearm when he and Constable Jamie Young tried more than the recommended amount of the snack after they carried out a raid of Community Cannabis Clinic on January 27. 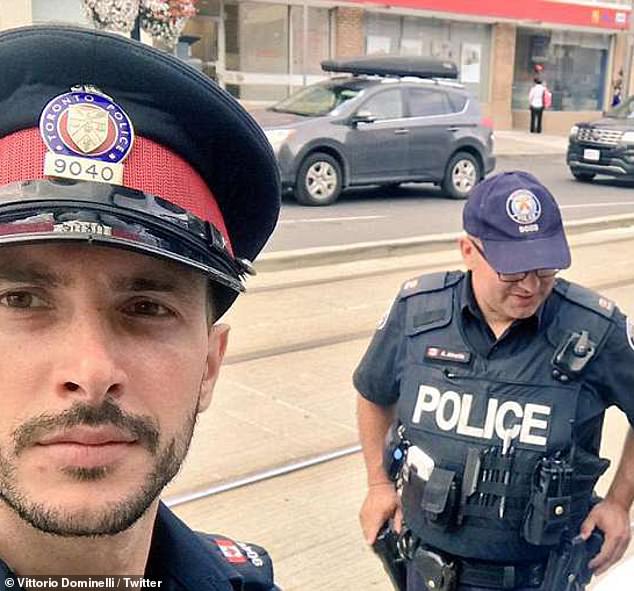 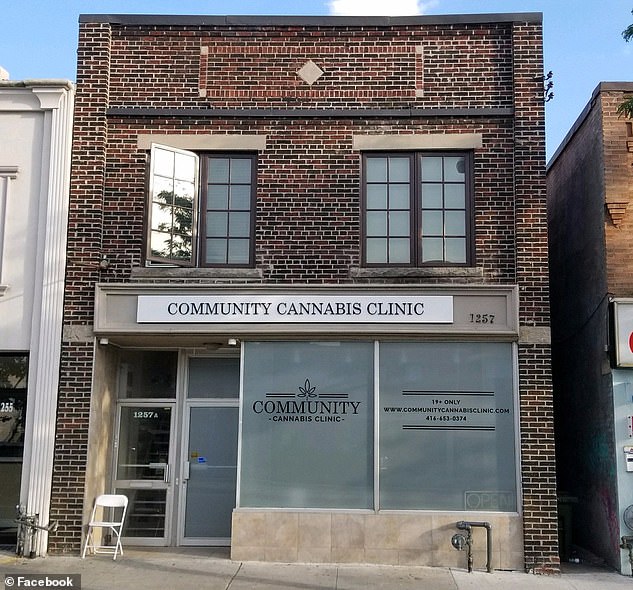 A charge said Young ‘failed to account’ for the weed after they unpacked boxes.

According to a statement of facts Dominelli had confessed he’d taken the edibles that he found outside of evidence bags. While he instantly regretted taking them, he said Young – who was absent from court – advised him not to dispose of them publicly.

Within 20 minutes of chomping on the marijuana-laced sweet, they were intoxicated.

Neither had used marijuana before and Dominelli said he assumed it would be a ‘minor mellow feeling’. However the pack contained eight segments of chocolate and although the instructions say to only take a small portion and wait 40 minutes, the wrapper was found empty.

The pair was on a surveillance assignment of a bar near Eglinton Avenue West and Allen Road from around 11pm but two hours into the shift Dominelli used a 10-33 police code – for officers in serious trouble – to call in help.

He grabbed his partner’s radio after she refused to give it him, ran up the street and requested an ambulance for an officer in need of assistance.

Dominelli later admitted he was worried the weed had been laced with something else when he became sweaty and thought he was going to die. 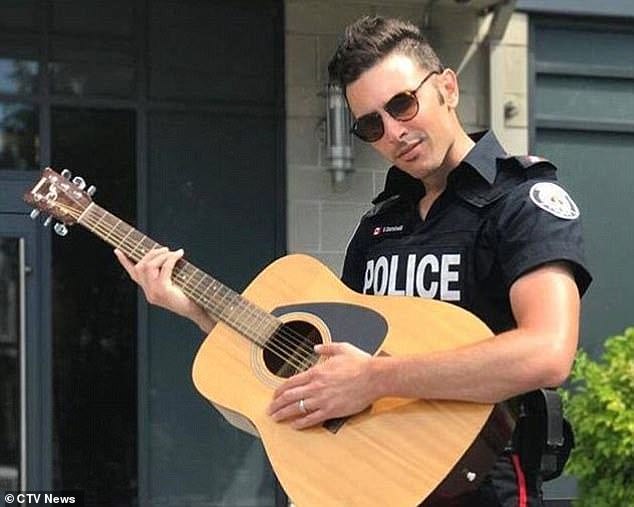 ‘My heart was pounding. I felt like it was going to come out of my mouth,’ Dominelli said in a court document. ‘I realized instantly what a stupid thing I had done … At that point, I did not care any more about the prospects of getting caught or the professional consequences, I just wanted medical help.’

When law enforcement arrived at the scene they noticed Young and Dominelli ‘appeared to be in distress’.

The pair was taken to hospital and Dominelli felt fine once he vomited.

Tetrahydrocannabinol (THC), the psychoactive compound in cannabis, was found in a blood test. 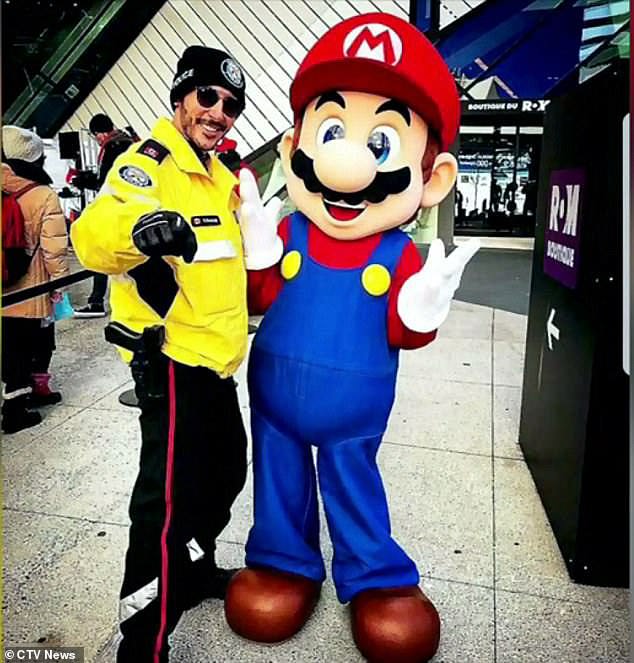 Judge Mary Misener will consider his punishment for tampering with evidence

It wasn’t just the life of the public he put at risk.

One of the responding officers slipped on ice while rushing to the scene and sustained a serious concussion.

She has been off work for 10 months, has ‘significant difficulties with speech and vision’, must wear sunglasses most of the time and the accident has impacted her balance.

Seven people charged in connection with the raid of the illegal marijuana dispensary have since had charges dropped. 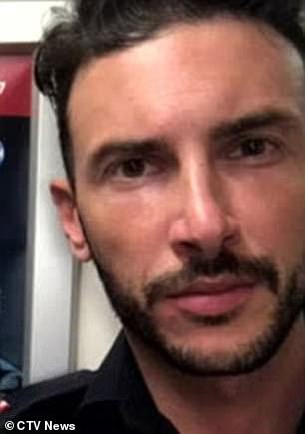 After Crown attorney Philip Perlmutter read a statement of the facts in court this week, Dominelli pleaded guilty to attempting to obstruct justice and said he felt remorseful and ashamed.

Dominelli resigned this week and he faces four misconduct charges under the Police Services Act, reports .

A breach of trust charge against him was withdrawn Friday. Lawyer Peter Brauti said the man, whose father also served a long time as a Toronto police officer, realized he had ‘lost the trust of the policing community and the public to the point where he could no longer be a police officer’.

His attorney added it was a ‘thoughtless act of stupidity’.

The judge agreed but said she had to punish him for interfering with evidence.

She said: ‘The conduct here, you can’t describe it as anything other than stupid. He was just a complete idiot.’

Dominelli said the much-publicized story had turned the lives of his wife and children – six-year-old twin girls and a seven-year-old daughter – ‘upside down’.

‘The first place to start is to say I’m sorry, sorry for my actions, my judgment and for being so inconsiderate,’ he wrote in a letter. ‘My actions were wrong, and the community that I served deserves that I be held accountable for those actions.’

He wishes 200 hours of community service and a conditional discharge. The Crown Attorney suggests a 21-month conditional sentence and 10 months on house arrest.

The sentencing hearing date will be set next week.

Young faces six charges including criminal breach of trust and attempting to obstruct justice. The other charges against her have not been proved reports the Toronto Star.

Young is currently suspended and is due in court November 15.

Pregnant Meghan Markle shows the first sign of a tiny baby bump a day after revealing her pregnancy
Truman and Buddy Buttigieg - the pooches of Mayor Pete - are Twitter famous
Dr WILLIAM LI explains why (in certain ways) cheese, red meat and even beer can be GOOD for you
Misha Nonoo sat Gayle King at the head wedding table, was serenaded by Paul McCartney and Mikey Hess
Le Penthouse: New York's most expensive property listing is $98M, a block away from the Empire State
Friends, family and fellow officers hold wake for slain Jersey City Detective Joseph Seals
New York Governor Andrew Cuomo condemns hatred and spate of anti-Semitic attacks
Donald Trump makes extraordinary commitment 'anybody' can get coronavirus test despite kit shortage