A woman was badly burned after a ‘corrosive substance’ was thrown in her face when she answered her door to a masked attacker.

The 37-year-old, who has not been named, suffered severe burns to her face and neck when she was attacked by a man in a dark tracksuit in Edinburgh.

Police Scotland said the victim opened the door of her Captain’s Road home at around 8.40pm on Friday when the ‘corrosive substance’ hit her. 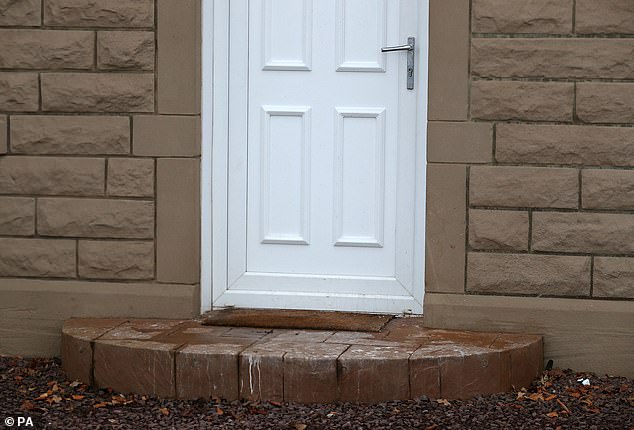 The victim had answered the front door (pictured, a substance on the doorstep today) when a man in a dark hooded tracksuit threw the substance

The force said they believe she was the victim of a targeted attack and have appealed for information to help identify the person responsible.

The man was described as in his early 20s, 5ft 11ins tall, and of slim build.

He was wearing dark gloves, dark trainers with light reflective sections, and had his face covered at the time of the attack.

The victim was this evening being treated in hospital and no further details of the substance involved have yet been revealed. 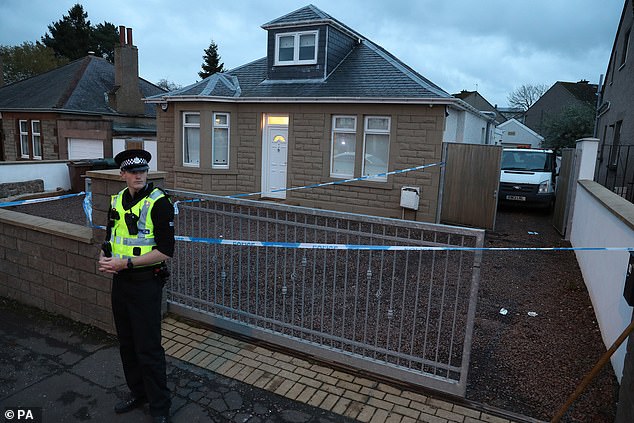 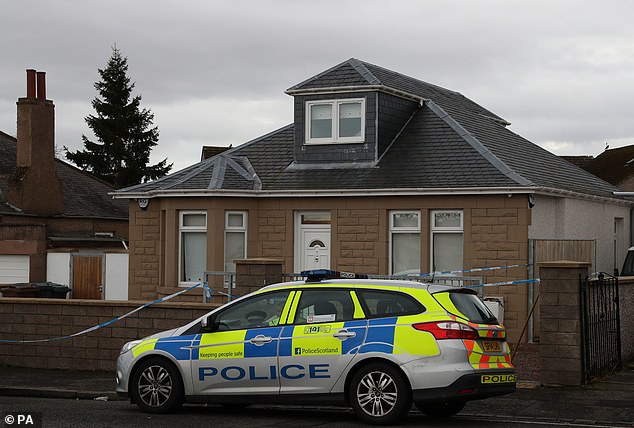 Detective Inspector Stevie Rosie said: ‘We are still working to establish the motive surrounding this attack.

‘However, we believe this to be a targeted attack. Police are supporting the victim, who has sustained some very serious injuries to her face and neck.

‘Anyone who recognises him, or who has any other information relevant to this investigation should contact police immediately.’