The Camp Fire in Northern California and Woolsey and Hill fires in Southern California have scorched a total of 175,000 acres in less than three days, fueled by the relentless Santa Ana winds.

As of Saturday morning, the Camp Fire was reported to be 20 percent contained after having burned an estimated 100,000 acres of land north of Sacramento in Butte County, making it the worst wildfire in California history.

Down south the Woolsey and Hill fires are ablaze just miles apart, spanning nearly 75,000 acres in Ventura and Los Angeles counties. The former remains zero percent contained while firefighters have managed to bring the latter, which is considerably smaller, to 25 percent containment. 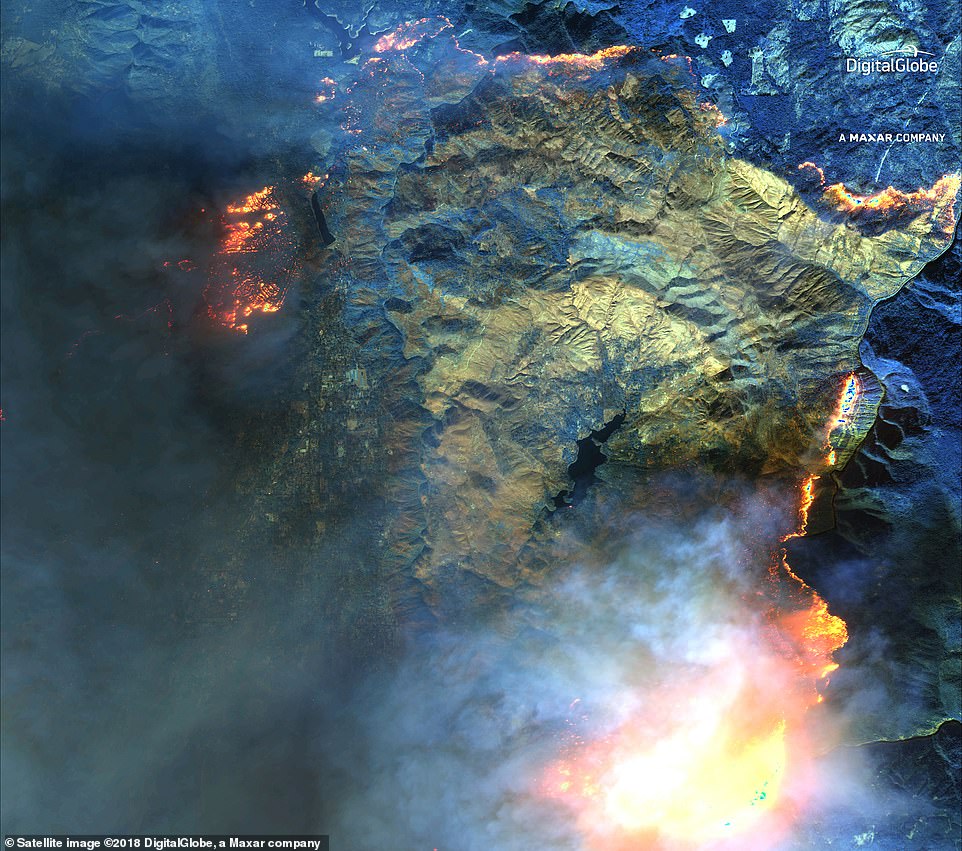 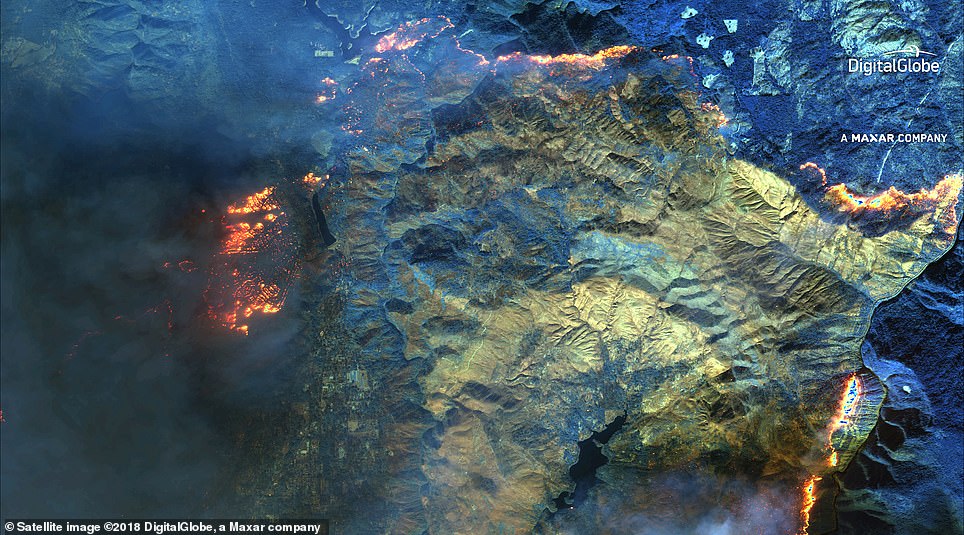 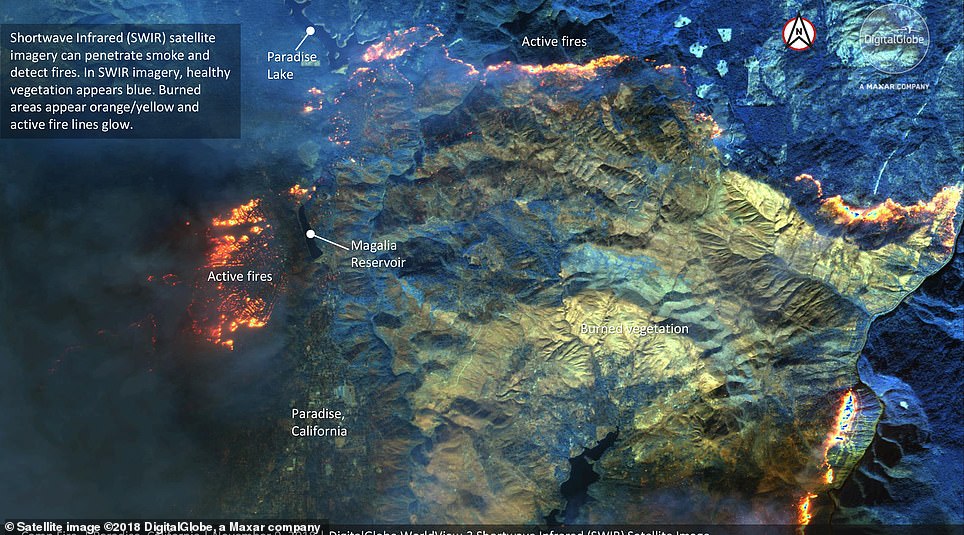 The slider above gives both an unmarked view (left) and an annotated version (right) of images taken by DigitalGlobe’s  WorldView-3 satellite on Friday. As the second image explains, the areas with healthy, undamaged vegetation appear blue, burned areas appear yellow and orange and areas still on fire appear incandescent 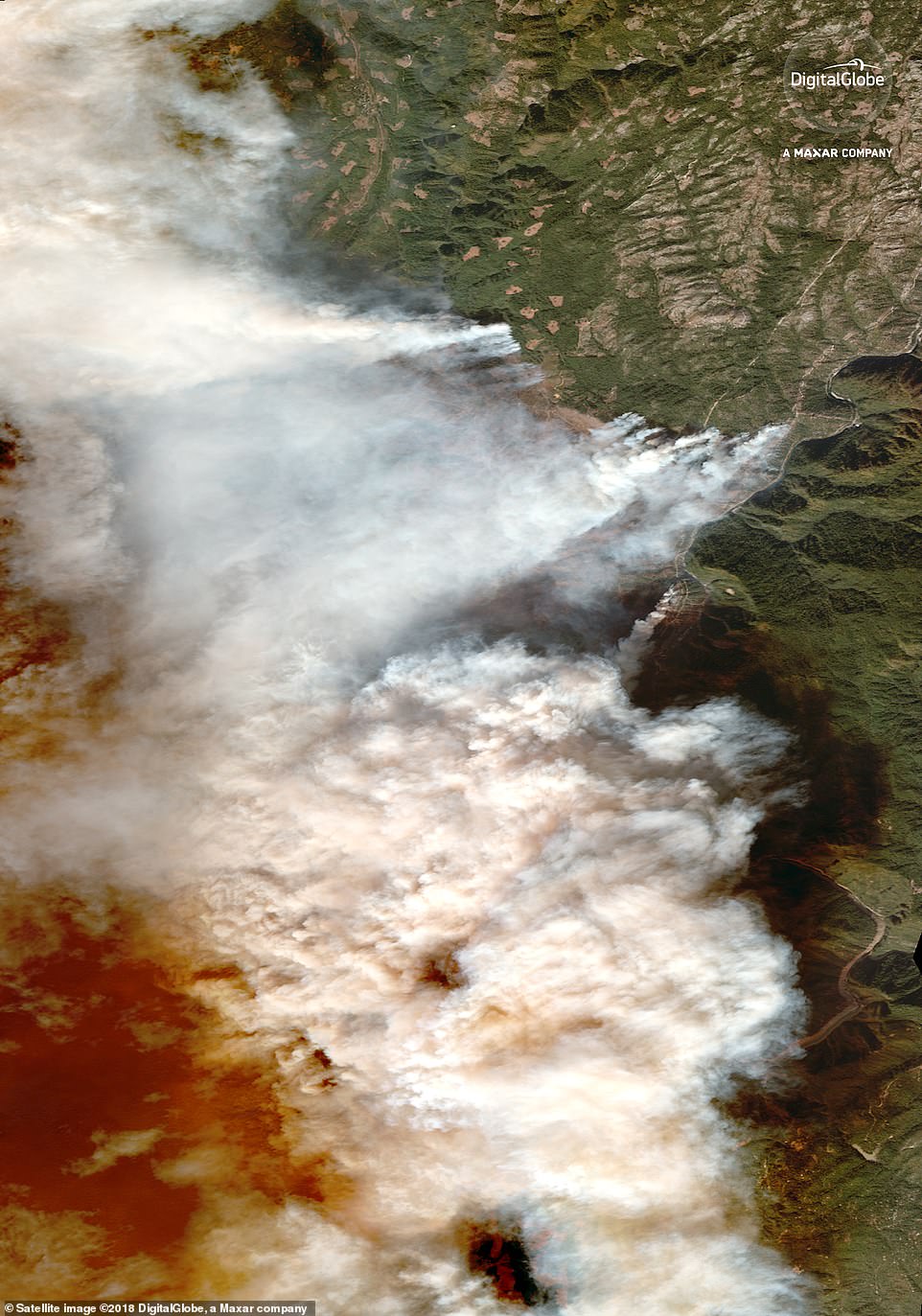 DigitalGlobe captured aerial shots of Camp Fire with its WorldView-3 satellite on Friday.

Along with a natural color view of the area, the satellite uses Shortwave Infrared technology to penetrate the thick smoke clouding the area to show where the flames have passed and where they’re still alight.

Another set of photos taken by NASA’s Terra satellite on Saturday show a full view of California as giant plumes of smoke and ash billow out from the fire-ridden areas and drift for hundreds of miles over the Pacific Ocean, carried by the same winds fueling the fires. 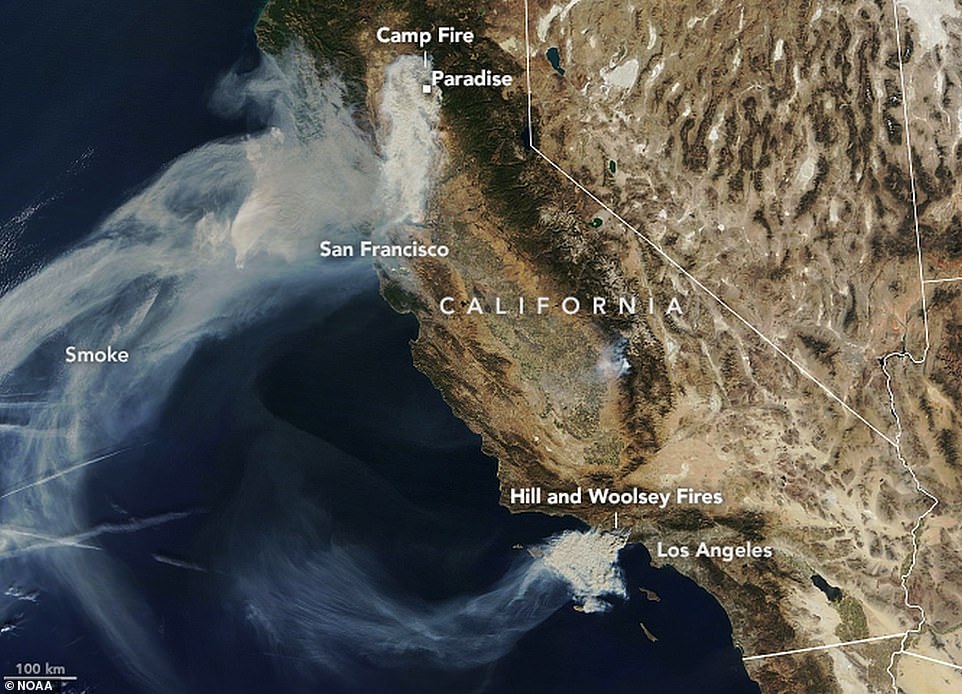 Three wildfires are seen burning in California on Friday. The larger Camp Fire in the north has killed five and destroyed the town of Paradise. In the south, near Los Angeles the twin Hill and Woolsey Fires have forced an evacuation of Malibu 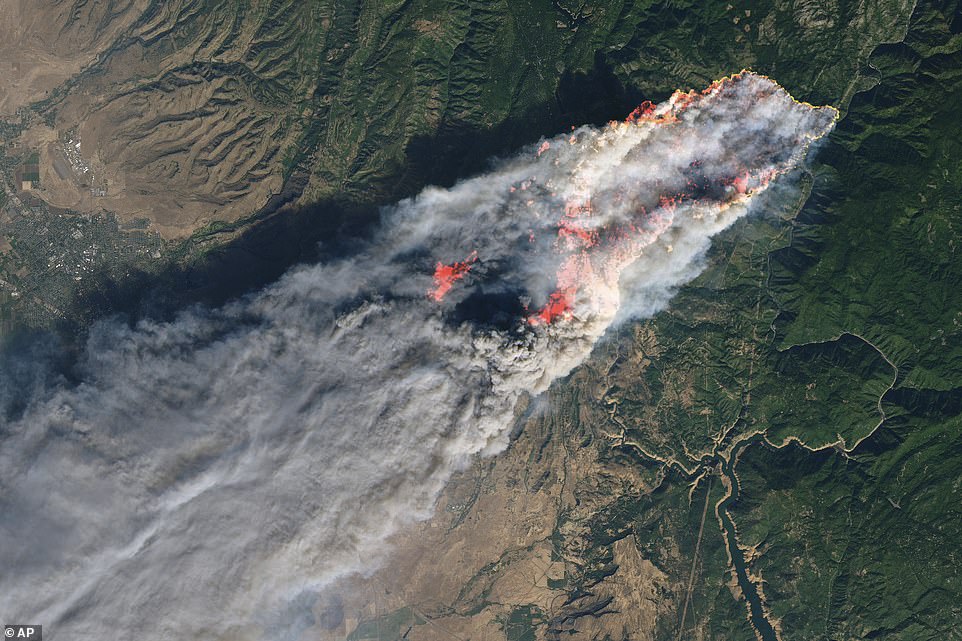 This enhanced satellite image provided by NASA’s Earth Observatory, shows the Camp Fire at its peak on Thursday