Jimmy Butler is headed to Philadelphia, ending the weeks-long saga of him wanting out of Minnesota.

A person with knowledge of the situation says Butler is being traded to the 76ers in a package that will send Dario Saric and Robert Covington to the Timberwolves. The person spoke to The Associated Press on condition of anonymity Saturday because the trade had not yet been announced by either team and was still pending NBA approval.

The Athletic first reported the agreement.

The trade will give Philadelphia a star trio, with Butler joining Joel Embiid and Ben Simmons.

Butler told the Timberwolves in September he wanted to be traded, and it took weeks for the team to find a deal it would accept. Butler averaged 21.3 points in 10 games for Minnesota this season. 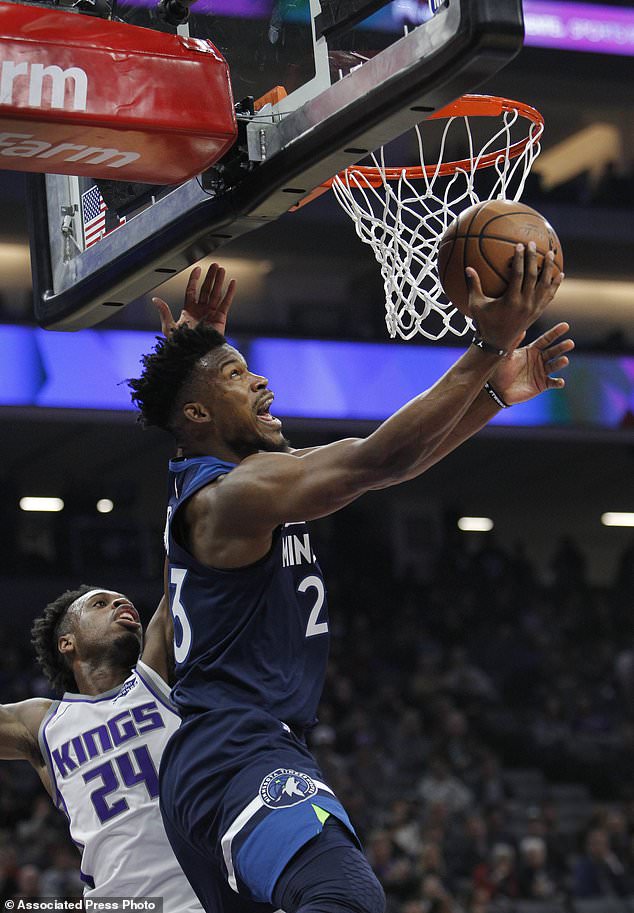 Minnesota Timberwolves guard Jimmy Butler (23) gets around Sacramento Kings guard Buddy Hield (24) for a basket during the first half of an NBA basketball game in Sacramento, Calif., Friday, Nov. 9, 2018. (AP Photo/Steve Yeater) 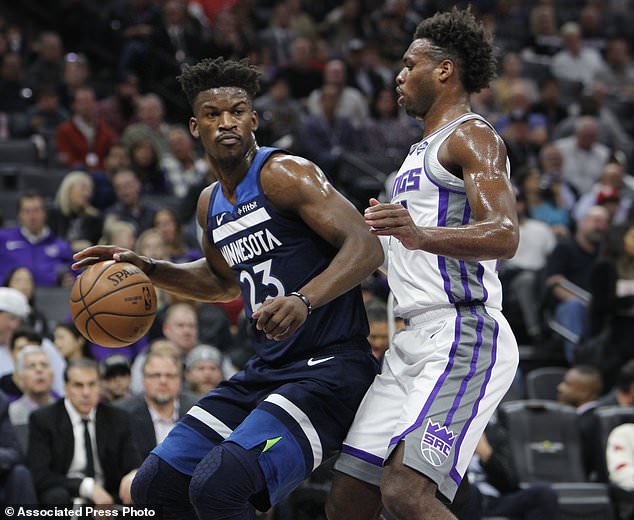 The Latest: Florence to become hurricane late Saturday
The Bachelor's Brooke Blurton finally reveals her 'big' secret to Nick 'The Honey Badger' Cummins
Prince Harry leaves touching handwritten note in Fijian at wreath-laying ceremony
Madeleine McCann investigator claims she could still be alive
Hundreds of Tottenham fans on £559 Thomas Cook charter flight delayed at Stansted
Former Miss India chased and attacked by a gang of men after filming an attack on her Uber driver
Camilla's 'fury' at Meghan for releasing pictures on same day of her speech
TOM LEONARD: The ex-vacuum salesman who sucked up the Sussexes