Democrats could make the biggest changes to gun legislation the United States has seen in 25 years when the new term begins January but Republicans are unlikely to make it easy for them.

A fresh wave of politicians will enter the House next year, after the took it back in Tuesday’s elections. But  the  still control the Senate which passes federal laws.

However with the Thousand Oaks, mass shooting where 12 people died just the day after the midterms, politicians have suggested they’ll be aggressively pursuing action to enforce tougher gun control. 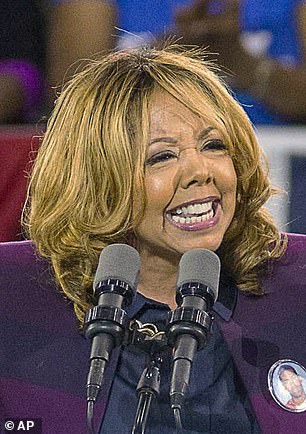 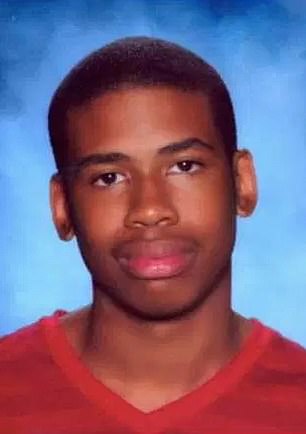 A new wave of Democrats wanting change on gun laws include Lucy McBath (left). Her son Jordan Davis, 17, (right) was shot killed in 2012 for playing music too loud 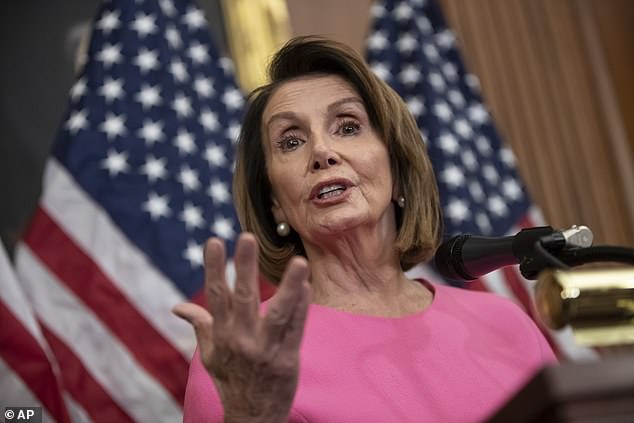 ‘This new majority is not going to be afraid of our shadow,’ California Democrat, Mike Thompson, told the . ‘We know that we’ve been elected to do a job, and we’re going to do it.’

As the chairman of the House Gun Violence Prevention Task Force, the man who represents Napa County and parts of other counties in Napa Valley, he’s keen to make universal background checks mandatory when the new Congress is in progress.

The importance was of control to the Democrats was reflected in the funding that went into the midterms campaigns.

However gun-rights advocacy only spent approximately $20million. NRA spokeswoman Jennifer Baker said much of the funds went on backing the confirmation of Supreme Court Justices Neil Gorsuch and Brett Kavanaugh. 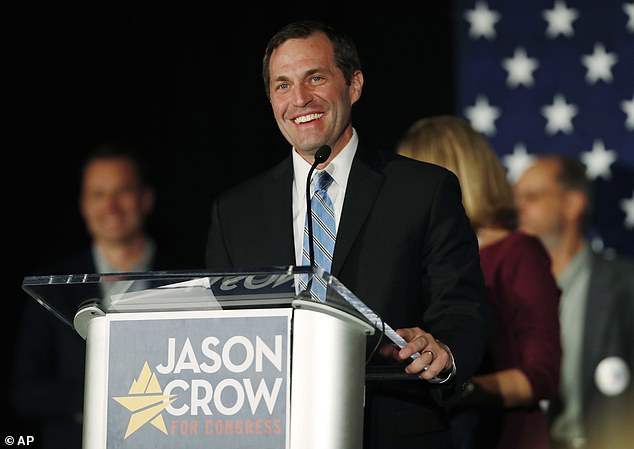 Others keen for change include Jason Crow of Denver. He has been vocal about the mass shootings at Columbine High School and the Aurora, Colorado movie theater 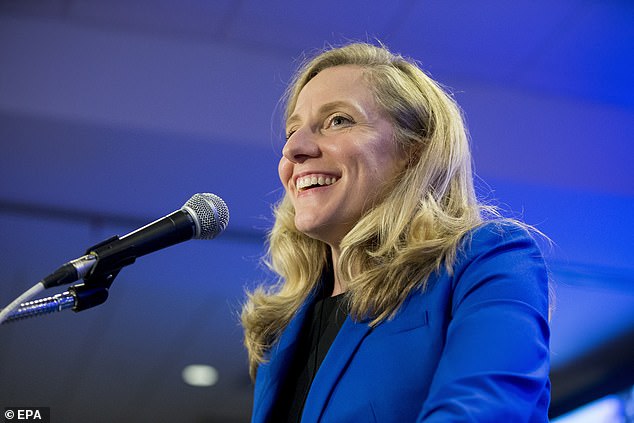 She left her job as a Delta Air Lines flight attendant and now advocates for gun control after her 17-year-old son, Jordan Davis, was shot and killed.

The story plays out in a Netflix documentary titled 3 ½ Minutes, 10 Bullets, and details how the man who killed her son was involved in an altercation because the child was playing music too loud. He was later convicted of murder.

While her initial ads were on gun control, she focused on health care as Tuesday’s elections approached.

‘Voters absolutely understood where Lucy stood on the issue of gun safety,’ Everytown President John Feinblatt said. ‘There was no question in voters’ minds about Lucy’s story.’

According to AP Votecast, that questioned around 90,000 people before and on the day of the elections, approximately 61 per cent of people voting in the midterms said gun laws in the US should be stricter.

Approximately 13 percent of Democrats and 8 per cent of all voters said gun control had the biggest influence on their vote.

Democrat minority leader Nancy Pelosi told CNN on Thursday that she does believe there will be significant action.

‘Because in this Congress, the one that we’re in right this minute, there is bipartisan legislation to have common sense background checks, to prevent guns going into the wrong hands,’ she said in an interview.

Others keen for change include Jason Crow of Denver – who has been vocal about the mass shootings at Columbine High School and the Aurora, Colorado movie theater – and former CIA officer Abigail Spanberger. The Virginia woman supports a ban on certain firearms with military-style features.

However Bloomberg News reports Senate majority leader, Mitch McConnell, said Friday that the Thousand Oaks shooting this week is unlikely to have an effect on gun ownership at a federal level.

He told their National Political reporter it’s ‘highly unlikely there will be restrictions passed’. 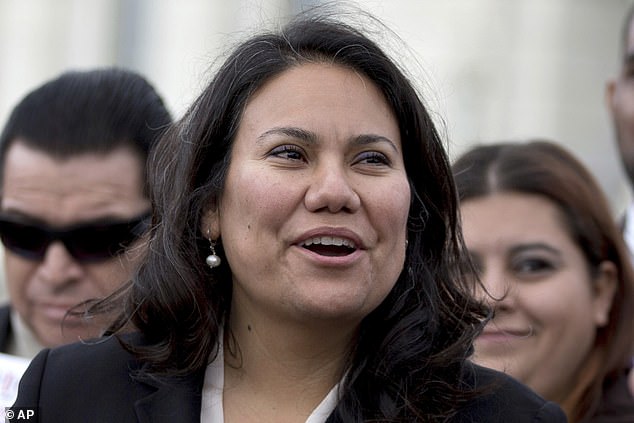 El Paso, Texas rep Veronica Escobar said: ‘If the president or the Senate chooses not to support it, frankly, it’s on them but we have to try and we have to continue to try until we get it done’

The New York Times reports El Paso, Texas rep Veronica Escobar said: ‘If the president or the Senate chooses not to support it, frankly, it’s on them but we have to try and we have to continue to try until we get it done.’

Some Democrats, including Representative Conor Lamb of Pennsylvania, Joe Cunningham of South Carolina, and Katie Hill from Southern California, are taking a more middle ground approach.

They are suggesting banning items that make semiautomatic rifles fire like automatic weapons.

‘As Democrats, we should not try to make this a political issue that is about gun legislation because any of the gun legislation we’re advocating for would not have prevented this,’ Hill said. ‘We lose credibility if we try to make it as if it would’ve.’

The man who killed 12 people at the Borderline Bar & Grill Wednesday was a legal gun owner. 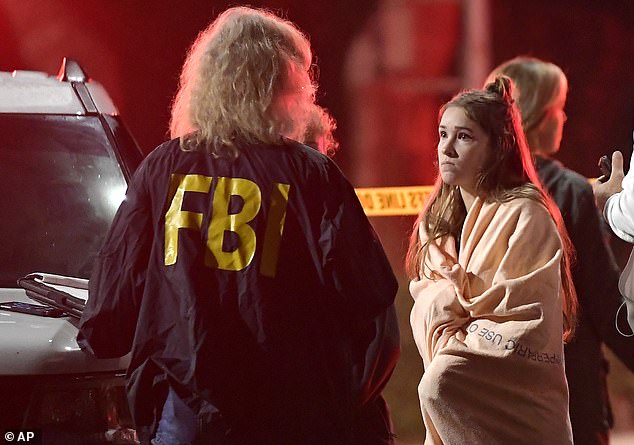 The day after Tuesday’s elections a mass shooting occurred in Thousand Oaks, California 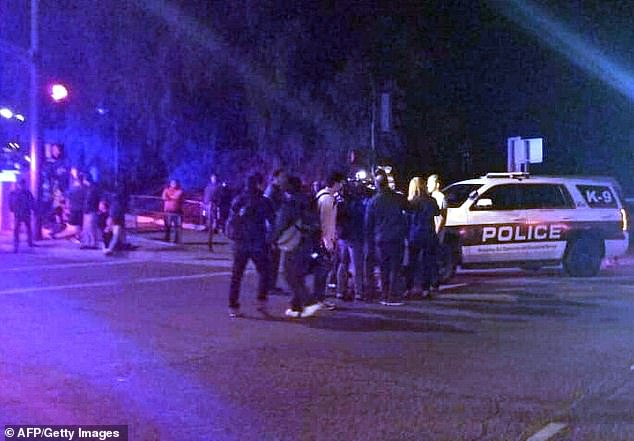 A gunman opened fire Wednesday inside a country dance bar crowded with hundreds of people on ‘college night’. 12 people died including a deputy who rushed to the scene 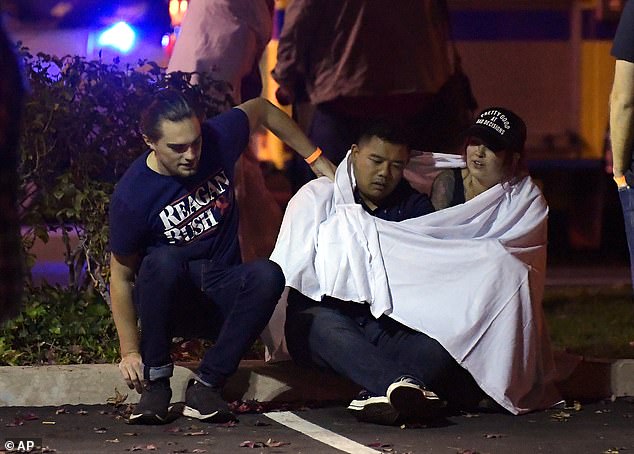 Mom abandons her sons, two and four, at a cellphone shop
Prince Philip to learn fate over car crash in Sandringham within the next fortnight
Breast cancer doesn't mean the end of your sex life
Jailed man accused of causing a 28-car crash that killed four men, has received $20,000 in donations
FBI investigating secret society of tattooed cops in East Los Angeles
I don't think we should shake hands ever again after coronavirus pandemic is over, says Dr Fauci
NYPD cop is suspended without pay after bodycam footage appeared to show him using a chokehold
New Yorkers return to Coney Island and Nathan's Hot Dogs