‘We welcome those who come here to exercise their First Amendment rights in a safe and peaceful manner; however, we prohibit them from breaking the law,’ the MPD tells DailyMail.com in a statement.

‘Last night, a group of protesters broke the law by defacing private property at a Northwest, DC residence. MPD takes these violations seriously, and we will work to hold those accountable for their unlawful actions.

‘There is currently an open criminal investigation regarding this matter,’ the statement concluded. 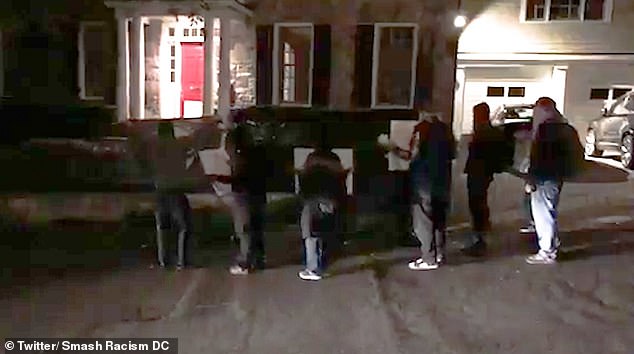 Protesters from far-left group Smash Racism DC knocked on the door of Tucker Carlson’s D.C. home before chanting ‘we know where you sleep at night’ on Wednesday at 6.30pm 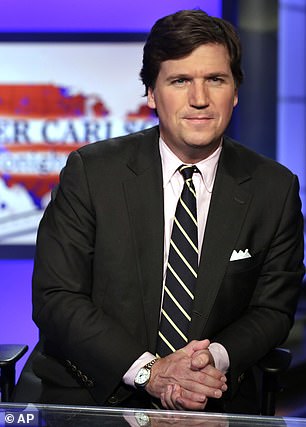 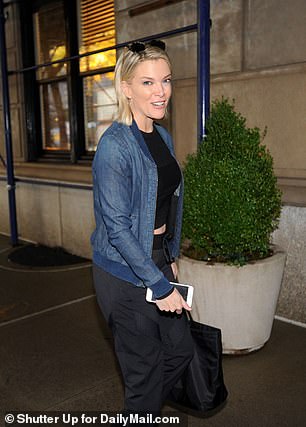 Tucker Carlson (left) says his door was damaged by protesters banging on it, while his former Fox News colleague, Megyn Kelly (right) decried the incident on Twitter 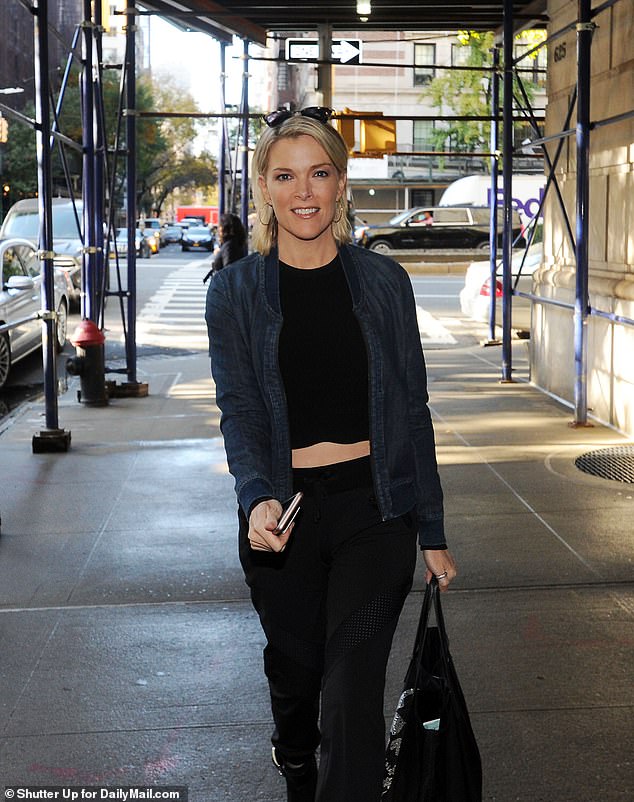 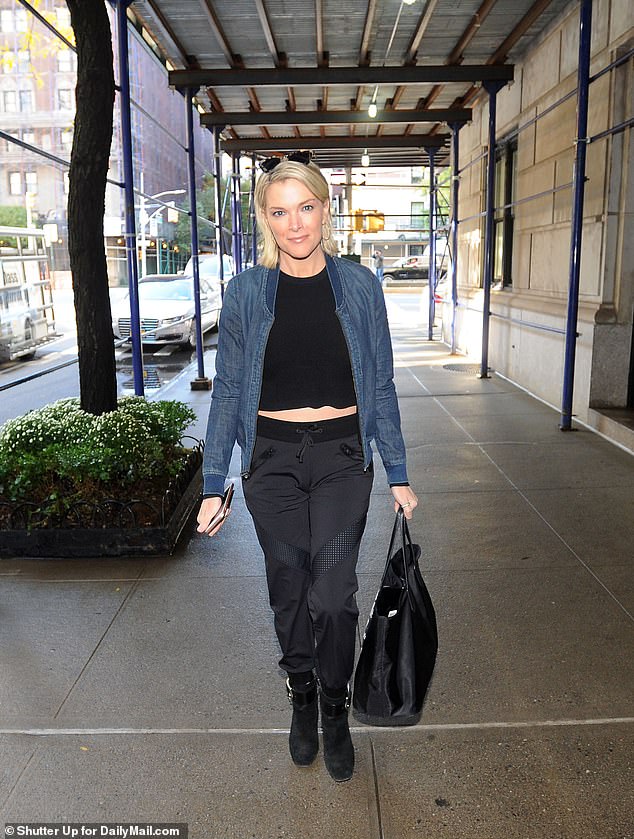 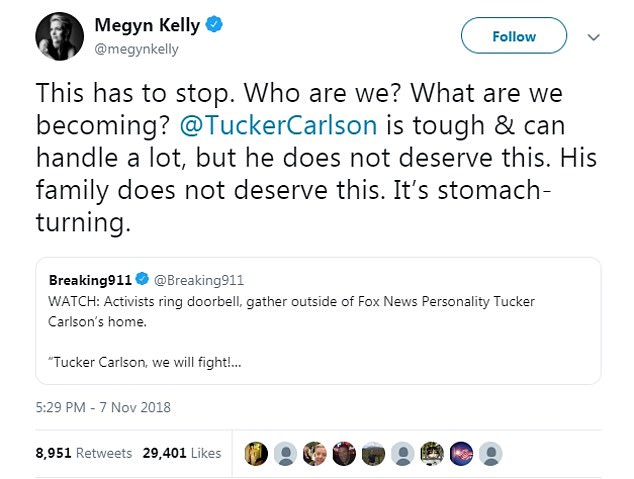 The group of about 20 from Smash Racism DC, descended on the conservative commentator’s home, while Tucker’s wife Susan, was alone when she heard the commotion outside.

She locked herself in the pantry and called police at 6.30pm as the mob screamed and banged on her front door.

The protesters chanted slogans such as ‘we will fight, we know where you sleep at night’ 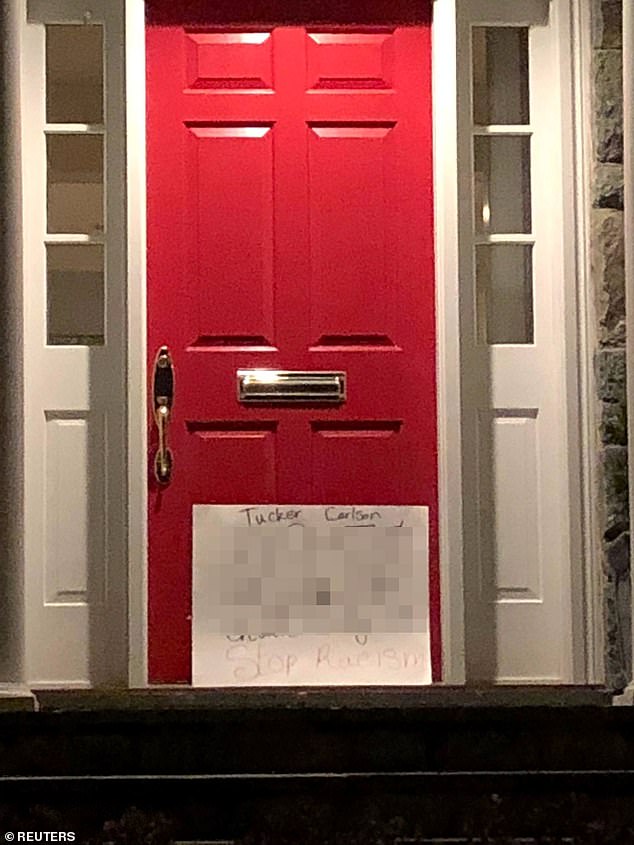 Stop racism: The Antifa protesters left a sign on Tucker’s door that read Stop Racism along with his address which was also tweeted out by an account called ‘ShutitDownDC’ which was removed for violating Twitter policy

After the furious mob of about 20 people protested at Tucker’s front door, an affiliated Twitter account called ‘ShutitDownDC’ released his home address and that of his brother Buckley Carlson, Ann Coulter, Sean Hannity and Neil Patel, with whom Carlson co-founded the Daily Caller.

None of the other conservative figures are believed to have been targeted Wednesday evening and the tweets with their addresses have since been taken down.

Activists from Smash Racism DC also targeted Ted Cruz as he ate with wife Heidi in a Washington restaurant.