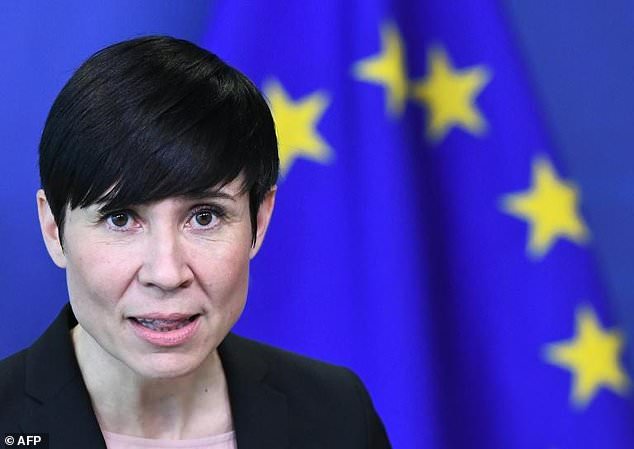 Norway’s Foreign Minister Ine Eriksen Soreide, pictured March 2017, announced that Norway would not grant any new licenses “for exports of defence-related products or dual-use items for military use to Saudi Arabia”

Norway said Friday it was freezing all defence material export licences to Saudi Arabia over recent developments in the country and the war in Yemen.

The announcement came amid international outrage over Riyadh’s killing of Saudi journalist Jamal Khashoggi in the kingdom’s consulate in Istanbul in October, though Norway did not mention the murder specifically.

“We have decided that, in the current situation, no new licences are to be granted for exports of defence-related products or dual-use items for military use to Saudi Arabia,” Foreign Minister Ine Eriksen Soreide said in a statement.

“The decision was taken after an overall assessment of recent developments in Saudi Arabia and the region, and the unpredictable situation in Yemen,” the foreign ministry said.

The Scandinavian country has never allowed exports of arms or ammunition to Saudi Arabia, the ministry said.

It said it had no indication that Norwegian defence-related products were being used in Yemen, and stressed its decision was “precautionary”.

Saudi Arabia leads a coalition that intervened in Yemen in 2015 to support the government there against Shiite Huthi rebels who are backed by Riyadh’s arch enemy Iran.

The coalition has been waging an aerial bombing campaign in Yemen aimed at pushing the Huthis back, but the rebels still hold the key port city of Hodeida and the capital Sanaa.

Nearly 10,000 Yemenis have been killed in the conflict since 2015, according to the World Health Organization. Human rights groups say the real death toll may be five times higher.