She is one of the biggest British supermodels of all time.

And Kate Moss, 44, didn’t disappoint as she brought her signature supermodel style to the star-studded British Vogue event, in on Thursday.

The fashion icon looked absolutely incredible as she took centre stage with a chic Liv Tyler at the National Portrait Gallery in her velvet jumpsuit. 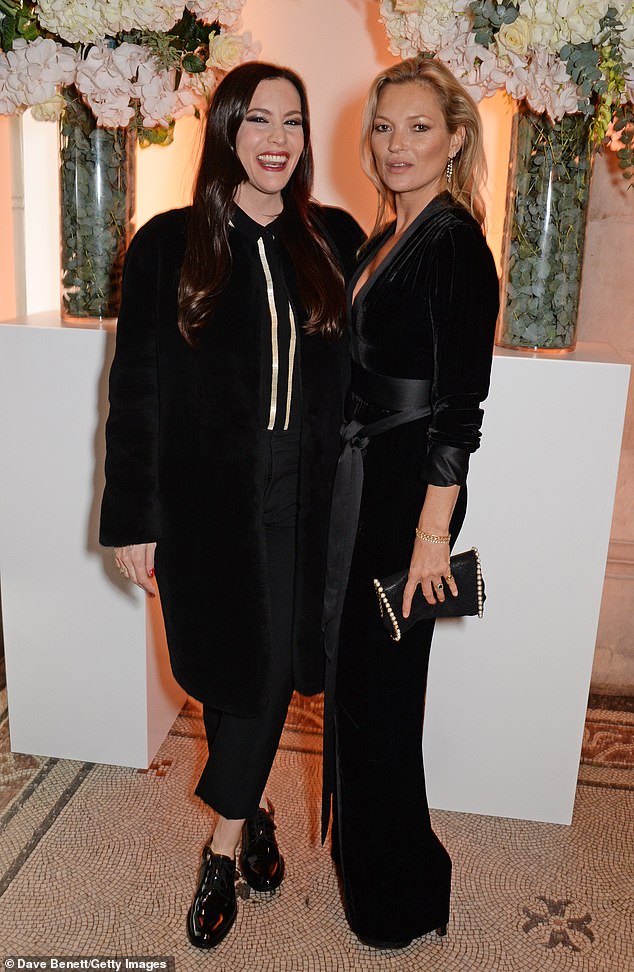 Its plunging neckline gave party-goers an eyeful of Kate’s ample bust and the trendy number was cinched at the waist with a bow belt.

Kate had her clutch, which was edged with statement studs, close to hand as she pulled off her elegant look.

The sophisticated soirée was being hosted to celebrate Edward Enninful’s one year as editor-in-chief of British Vogue at the National Portrait Gallery.

A slew of stars were in attendance, with big names such as Suki Waterhouse and Poppy Delevigne as well as Jourdan Dunn. 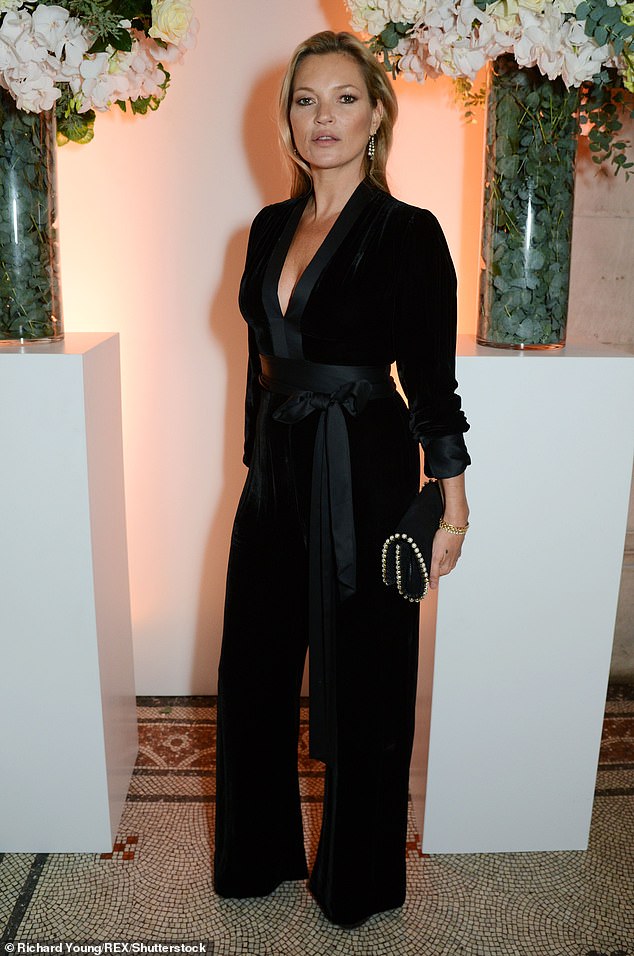 Blooming beautiful: Kate, 44, showcases her fantastic supermodel figure in velvet jumpsuit as she mingled with a slew of stars at the magazine bash 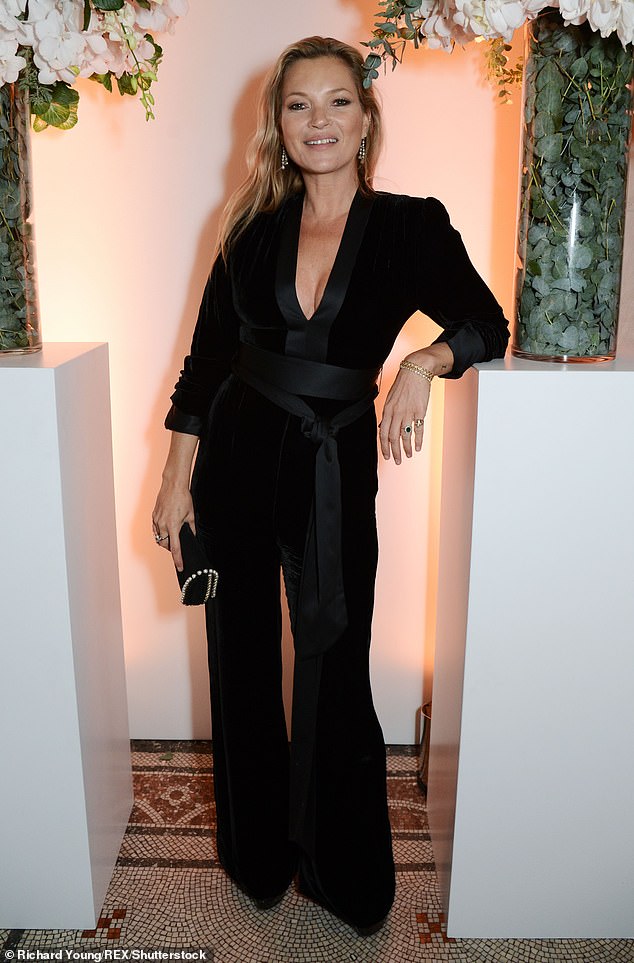 Holding it together: Kate had her clutch, which was edged with statement studs, close to hand as she pulled off her sophisticated look

Kate embarked on a romance with German aristocrat Nikolai in late 2015, following her split from The Kills rocker husband Jamie Hince.

Recently, Kate and Jamie were the picture of the friendliest exes in the world as they enjoy time out in Los Angeles with the supermodel’s daughter Lila.

Kate and Nikolai were hit by split claims in October last year, but silenced rumours by putting on a loved-up display at a number of public events soon after. 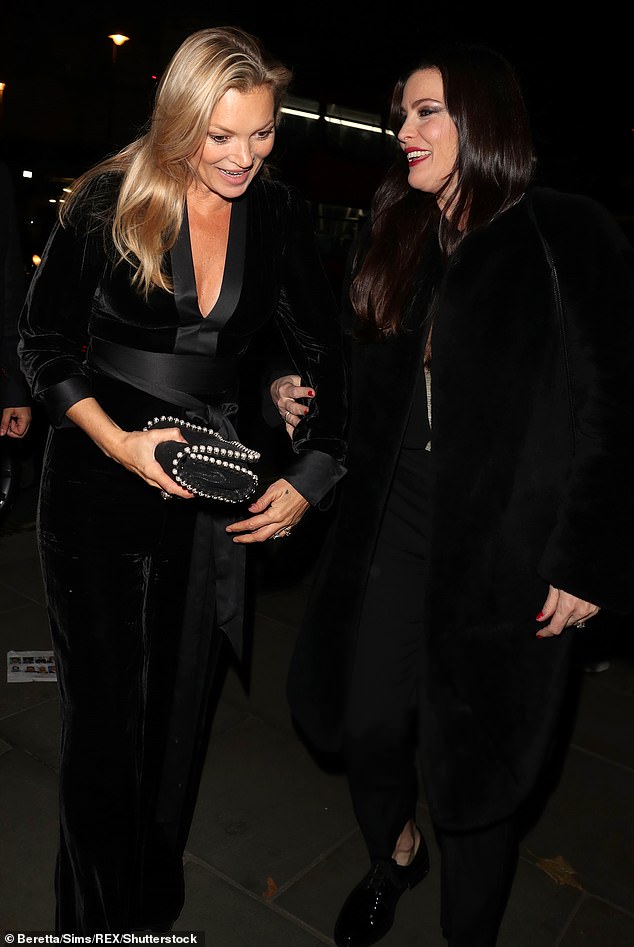 Girly talk: Kate and Liv looked lively as they chatted to each other when they made their low-key departure from the party 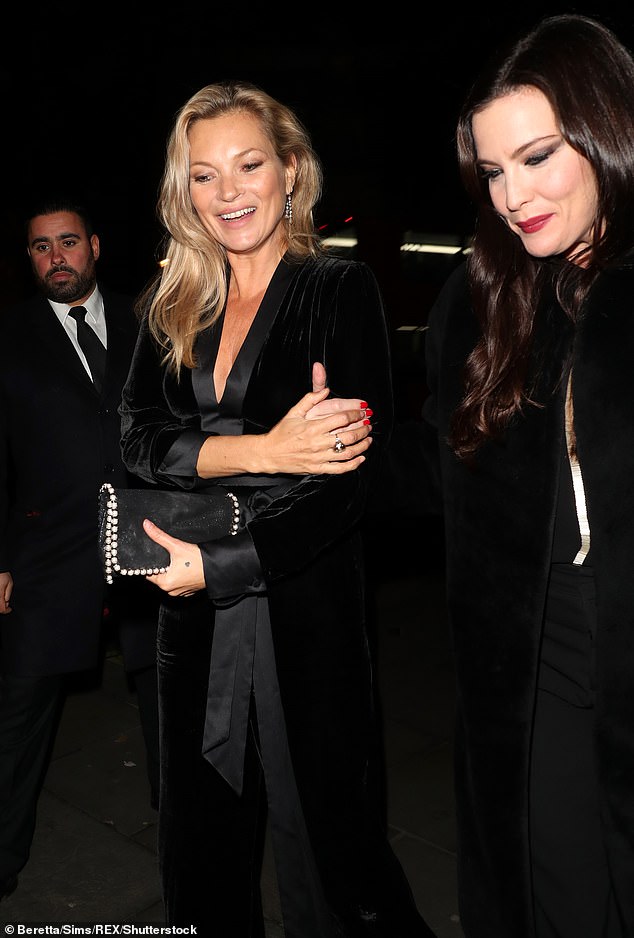 Helping hand! Kate supported Liv as they looped arms on their way home

Proving their romance is only going from strength to strength, the pair were even seen purchasing a new puppy in London late last year.

Elsewhere, Lila discussed how she learnt everything she knows about modelling from her supermodel mum in a new interview with .

She told the publication: ‘I loved going to watch her on shoots. I think because I’ve seen it since I was so small it’s always been an interest.

‘When I did my first modeling shoot, I was like, “Yeah I enjoyed it”. I want to do more. And I think it’s worked out really well.’ 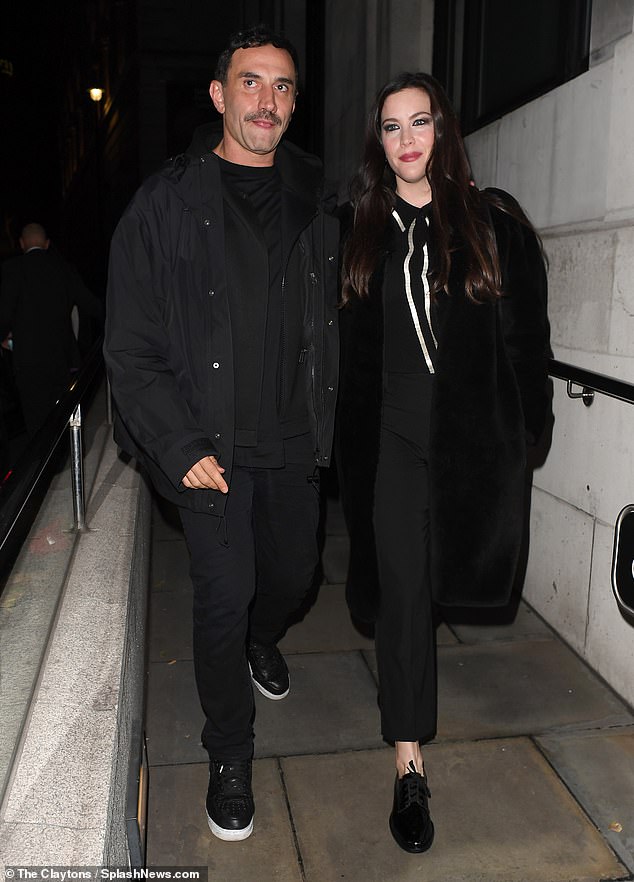 Keeping it casual: Liv dressed for the chilly temperatures in her hoodie which she paired with her furry coat 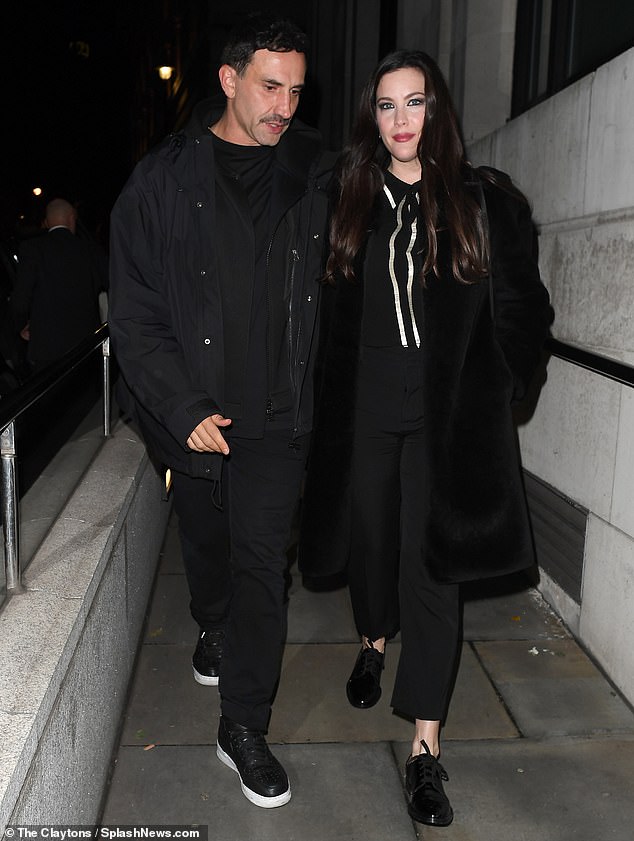 On the move: The model kept it comfortable with a pair of lace-up brogues