The former First Lady of the Philippines Imelda Marcos has been found guilty of corruption and is facing up to a decade in jail.

It stems from private organisations Marcos, 89, created while holding a variety of posts in government. 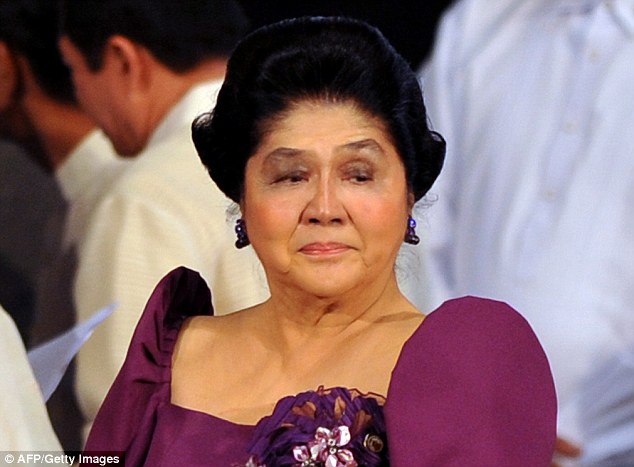 The court’s fifth division acquitted her in three counts of corruption.

Marcos was sentenced to imprisonment for a minimum of six years to 11 years and a month maximum.

Marcos is the widow of dictator Ferdinand Marcos and served as First Lady from 1965 to 1986.

She is currently a member of the House of Representatives for Ilocos Norte.

It is thought the former First Lady can post bail while appealing the conviction.

Villanueva's walk-off single offers Padres win over D'Backs
Brian May joins cast of Bohemian Rhapsody at Carnaby Street Christmas light switch on
Father-of-two was dying from cardiac arrest at his local GP surgery but staff did not tell his wife
Teenager stabbed on bus in east London
German boyfriend arrested over the death of British woman, 22, during 'sex game gone wrong'
New Strictly judge Motsi Mabuse risks awkward reception in Blackpool
Duchess of York finally confesses to cosmetic tweaks over the years in gloriously candid detail
Meghan Markle spoke with Black EMT, 18, who says she was set on fire in alleged hate crime