American superstar soprano Renee Fleming will make her singing debut in — alongside Disney star Dove Cameron — in the UK premiere of an acclaimed U.S. musical.

The two women will play Margaret and Clara Johnson, a mother and daughter holidaying in Florence in 1953, in composer and lyricist Adam Guettel’s 2005 Broadway show The Light In The Piazza.

It has been adapted by Craig Lucas from Elizabeth Spencer’s 1960 novella of the same name, about the wealthy American woman’s attempts to marry off her daughter to a handsome young Florentine. 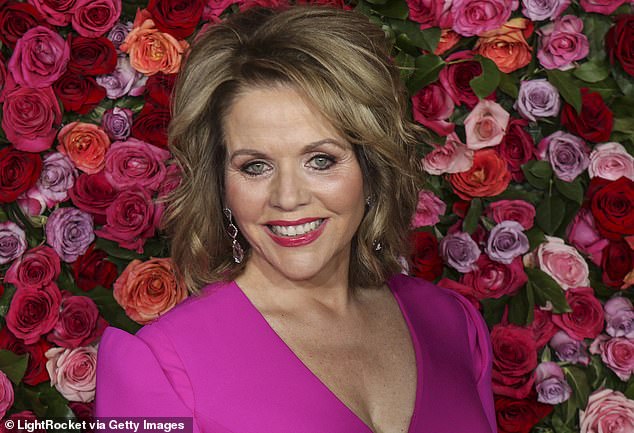 Clara, 26, is a beauty. But as a girl she was kicked in the head by a Shetland pony, curtailing her mental development.

Fleming, an icon of New York’s Metropolitan Opera, has been crossing over into other music genres. Earlier this year she played Nettie Fowler in a glorious Carousel; and a recent album featured several Broadway numbers including Fable from The Light In The Piazza. In an email to me, Fleming described Guettel’s score as ‘ravishing’, adding that it reached ‘beyond the boundaries of how we think of musical theatre’. 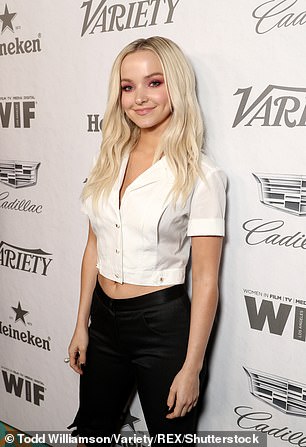 Playing Mrs Johnson ‘was an opportunity I couldn’t resist’, she added.

Dove Cameron, meanwhile, is a megastar in the world of young audiences.

She plays Mal, the misunderstood daughter of the wicked Maleficent in the Disney series Descendants. But she, too, has been breaking out. She plays Cher Horowitz in a musical version of the film Clueless, which starts previews in New York later this month. John Berry, former artistic director of the English National Opera, who’s producing The Light In The Piazza with his business partner Anthony Lilley (through their newly formed Scenario Two production company), said Cameron has a classically trained singing voice.

‘She’s blonde, she’s vivacious. She’s everything Adam was envisaging for the role.’

The show, directed by Daniel Evans, artistic chief of Chichester Festival Theatre, will feature a 40-piece Opera North orchestra and run for 20 performances at the Royal Festival Hall from June 14 until July 5.

Tickets are due to go on sale next week.

Audience with a legend

Andre De Shields is appearing in the musical Hadestown, which is previewing at the National Theatre.

De Shields is a living, walking landmark. I’ve been watching him in shows in New York, and here, for most of my professional life.

In Hadestown he strolls onto the Olivier stage, says hello to the cast, and checks in with the band. The meet and greet lasts a sublime five minutes.

I could have left the theatre right there and then and been content, and happy.