Wesley Sneijder threatened to not play in Qatar ever again after he was sent off during his side’s 2-0 win over Qatar SC.

The 34-year-old midfielder was seen shouting the words ‘This is the last game I play in Qatar’ after he was shown a straight red during the closing stages of his side’s victory.

Sneijder vented his fury as he made his way through the tunnel after being sent in for an early bath and then ripped off his armband in frustration. 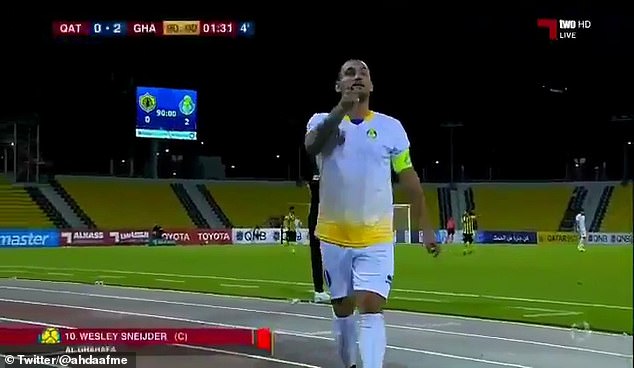 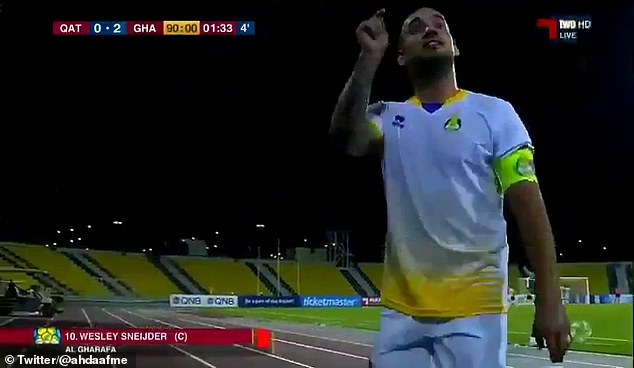 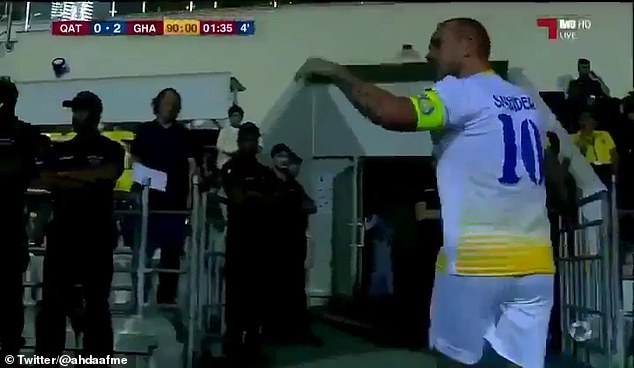 The former Real Madrid and Inter Milan had previously netted a brace with his first coming in first-half stoppage time from the penalty spot.

His second goal came in the 83rd minute but he was then sent off with just a few minutes left on the clock.

Sneijder later made a complete U-turn from his earlier threats by saying he is happy in Qatar and not looking to leave the side he joined in January 2018.

He wrote on Twitter: ‘While playing a football match I reacted in the heat of the moment to a red card I did not deserve. However, to counter any false media speculations: I enjoy living and playing football in Qatar!’

Sneijder has scored seven goals in nine appearances for Al Gharafa this season but his side are way off the pace.

Al Gharafa are 13 points off leaders Al-Duhail after just 12 games of the season.

Sneijder said he turned down clubs from across the world to sign for Al Gharafa from Nice at the beginning of the year.

He said at the time he was happy to be in the Middle East after a highly successful career in Europe.

Sneijder said when signing for Al Gharafa: ‘To be honest, my choice to come here was to play football.

‘There was speculation about me going to the US, about going to China or others, but I never read about “he will go to Qatar”.

‘Of course, there were more offers and they came from everywhere.”

‘I feel very welcome here and I am happy that I chose Al Gharafa.

‘To be honest, I can’t wait to start training tomorrow and to help the team.’

Sneijder, who was capped 134 times by his country, won titles in Holland, Spain, Italy and Turkey during his time in Europe.

He was also part of Jose Mourinho’s Inter Milan side which won the Champions League as part of a treble in 2010. 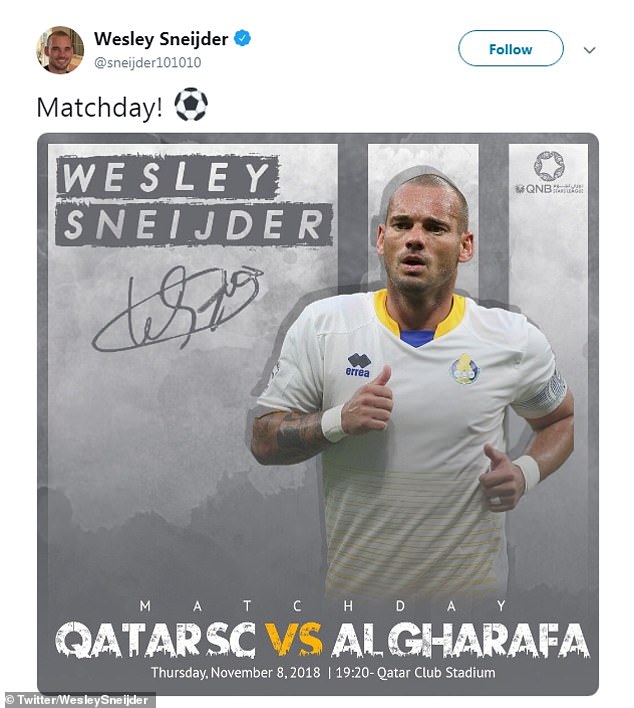 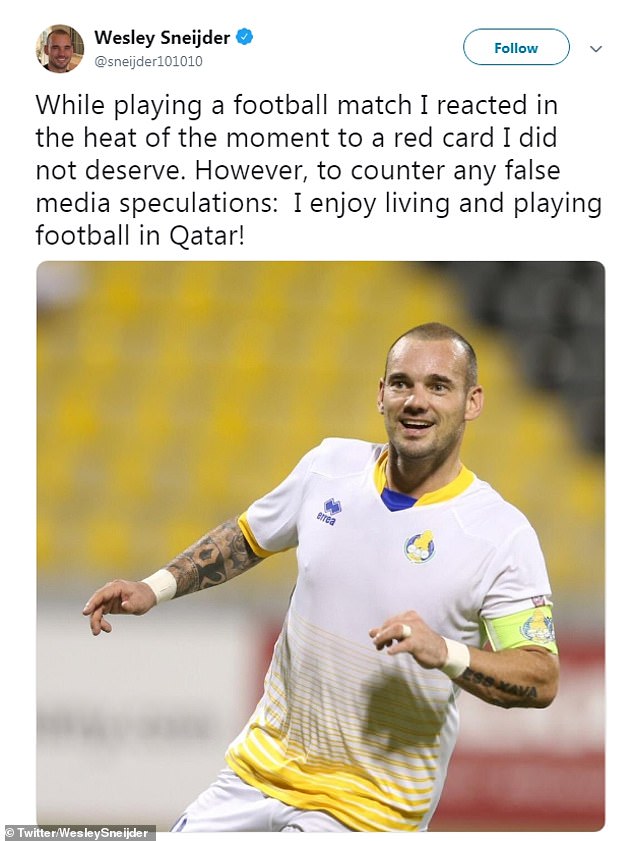