offers royal fans a rare look inside his Scottish home in a new documentary.

The royal, 69, opened the doors to Birkhall, on the Queen’s Balmoral estate in Aberdeenshire, for TV special Prince, Son and Heir: Charles at 70, which airs tonight on One.

Charles inherited the property from his beloved grandmother, the Queen Mother, upon her death in 2002 and now enjoys spending summers at the residence with his wife the Duchess of Cornwall. 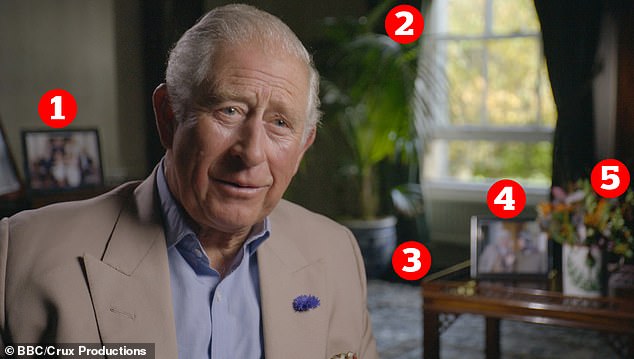 Scottish retreat: Prince Charles, 69, opened the doors to his summer home at Birkhall, on Balmoral estate in Aberdeenshire, for a new BBC documentary that airs tonight. Pictured: 1) A family portrait, believed to be from Prince Louis’ Christening in July; 2) a butterfly palm; 3) a blue and white ceramic planter; 4) a portrait, possibly of Prince Charles and the Duchess of Cornwall; 5) a vase of wildflowers, possibly from the gardens at Birkhall 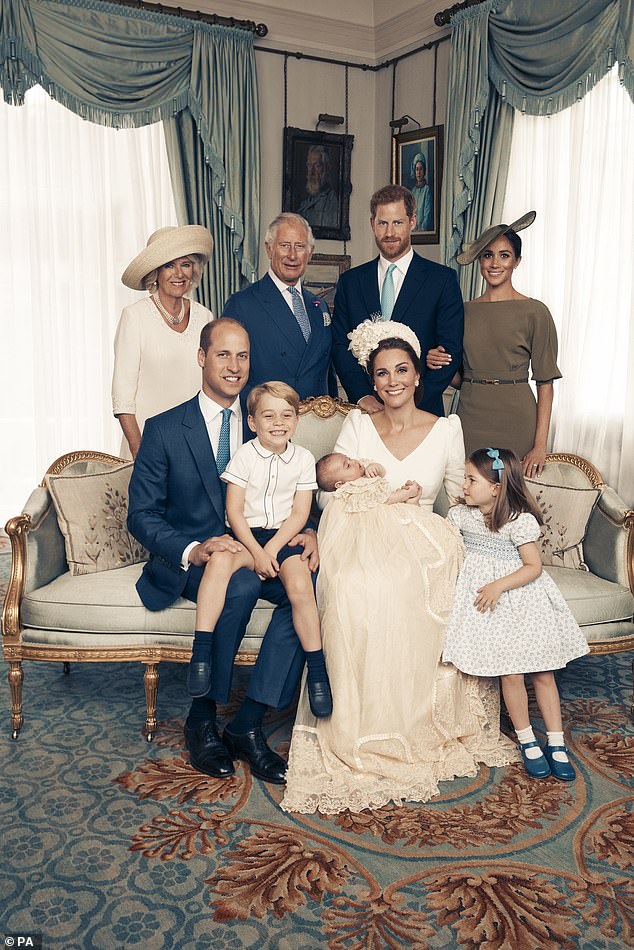 One scene from the documentary sees Charles interviewed in a reception room of the 18th century property, the sun-dappled trees of the garden visible through the half open window behind him.

To his left is an ornate wooden sideboard decorated with a vase of wildflowers in vibrant shades of purple, orange and green.

It is possible the blooms are taken from the grounds at Birkhall, a particular source of joy for the famously green-fingered prince who has described the garden as a ‘special place’ to him personally.

Royal florist Willow Crossley, of Oxfordshire, notes that while it is difficult to identify the individual flowers, they to appear to be seasonal. 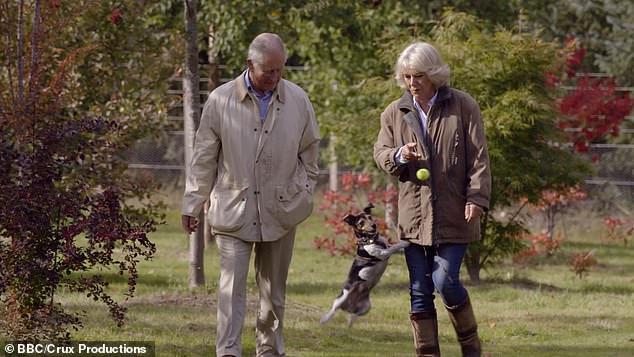 Proud grandfather: Charles and the Duchess of Cornwall take a stroll in the arboretum he planted in name of his eldest grandson Prince George in the grounds of Birkhall

She also points out there is what appears to be a towering butterfly palm in a blue and white ceramic planter behind the prince, tucked in a corner beside the window.

Proud grandfather Charles, who has planted an arboretum in the name of his eldest grandson Prince George, keeps family close in the form of framed photographs on display in the room.

Behind the royal there appears to be a shot taken at Prince Louis’ Christening in July.

The composition of the image suggests it is part of a set taken by celebrity photographer Matt Holyoak in the morning room at Clarence House, Prince Charles’ London residence, following the family service in The Chapel Royal at St James’s Palace. 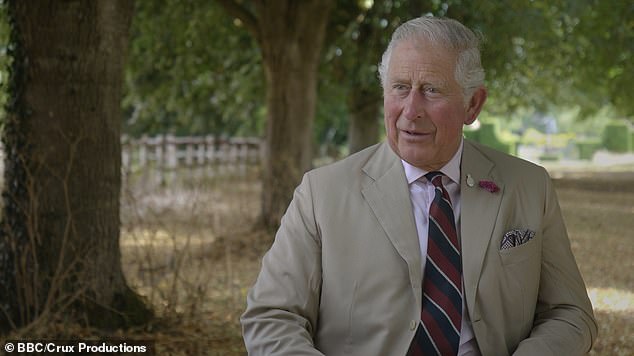 Green-fingered prince: Charles also invited cameras into the gardens of his home at Highgrove, Gloucestershire, pictured, as he discussed his role within the monarchy

Elsewhere in the room Charles has a framed photograph of two figures, believed to be himself and Camilla, 70.

The couple hold especially fond memories of Birkhall as it is where they honeymooned following their 2005 wedding.

Schoolbus driver, 27, is arrested in Indiana for allowing children to drive vehicle
The secrets behind the royal wedding flowers and Windsor weather
Student begged killers to let her go once they'd had sex with her
Kate Beckinsale and Pete Davidson confirm romance by kissing
Millennials lead the mass Facebook exodus
Pro-life activist claims she was assaulted outside Kentucky's last abortion clinic
Infants vaccinated against a stomach bug have a one-third lower risk of diabetes
Allergy sufferers told to carry TWO adrenaline pens amid fears some Emerade versions aren't working