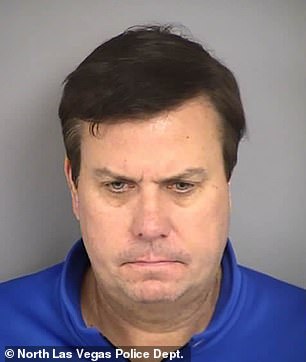 Chaffed: Randy Howe, 50, was picked up at 9:15am on Tuesday at a business located on the 4400 block of N Decatur Blvd in Las Vegas (Howe in mugshot above)

A local sports anchor found himself behind bars on Election Day after being picked up by members of the North Police Department.

Randy Howe, 50, who covers the local golf and hockey scenes for KSNV was picked up at a business in the 4400 block of N Deactur Blvd at 9.15am according to Officer Aaron Patty.

Officer Patty told DailyMail.com that a call had been made to police about a man who was disturbing the peace, and officers arrived in the scene to find Howe inside.

The was the first to report details of Howe’s alleged offense, and are also reporting that Howe was captured on surveillance video pleasuring himself at breakfast time. 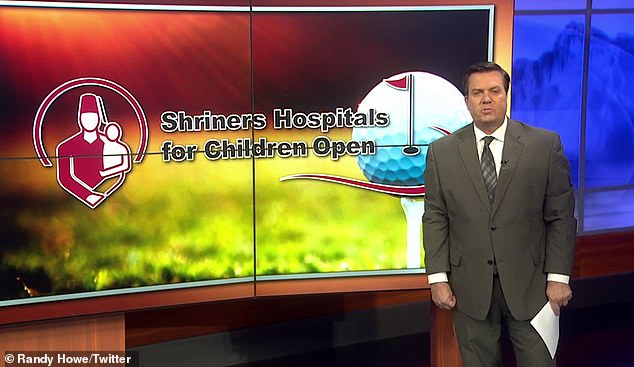 Howe was booked into the local jail and made bail on Wednesday, at which time he was released, with no future court date listed at this time.

There is no lawyer or judge assigned to his case at this time.

The sports anchor, who lives a mile away from where he was arrested with his wife and child, did not appear on Tuesday night’s broadcast and the station has yet to address his arrest.

Emirates says 10 passengers were removed from quarantined flight after reports of 100 falling ill
School to open for just ONE pupil after it taught its last student 15 years ago in Wyoming
Lauren Sanchez's brother Michael recalls moment he knew her romance with Jeff Bezos was 'real'
Vietnamese mother claimed she was a trafficking victim to escape prosecution in £1m cannabis empire
Hurricane Dorian parties kick off in Florida Labor Day weekend as state waits to see if storm hits
Sadiq Khan warns lessons of WWII in 'danger of being forgotten' because of leaders like Trump
John Kelly says he warned Trump he would be impeached if he hired a 'yes man'
U.S. is set to experience a 'hotter than average summer' from June through August