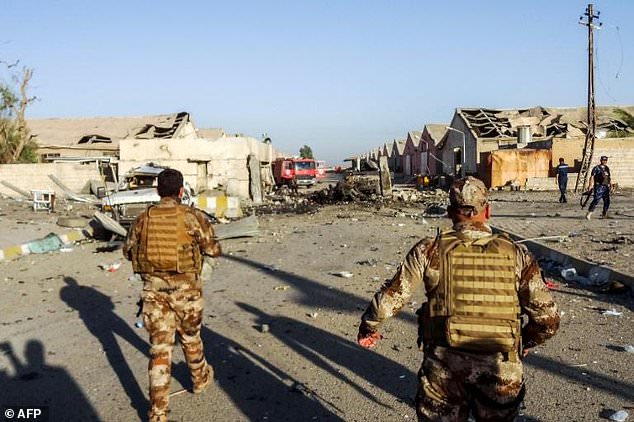 Iraq’s Kirkuk has seen multiple attacks against state representatives and institutions, including this one on July 1, 2018 against a building storing ballots from a May election

Jihadists have killed three village chiefs in less than a week in Iraq’s restive north, local officials said Saturday, as the targeting of state representatives escalates.

The latest victim, on Friday night, was mukhtar of the village of Mahmudiya near the town of Hawija.

The town has long been a bastion of radical Sunni Muslim groups and was one of the last IS holdouts retaken by government troops last year.

Mahmudiya mukhtar “Abdallah al-Wasmi was executed by Daesh members who attacked his home,” a local security official told AFP, using the Arabic acronym for IS.

His death followed the similar killing of the mukhtar of a nearby village, Hanutiya, late Wednesday.

And on Monday, a provincial official told AFP that “IS fighters attacked the home of Mohammad Jumaa, the mukhtar of the village of Jassemiya”, also near Hawija.

“They took him out of his house and executed him in front of it before fleeing,” the official said.

The recent killings bring to nine the number of village chieftains executed by IS in the past seven months in Kirkuk province.