Corinna Slusser’s mother is begging for her return after she’s been missing for over a year, as the FBI says she was sex trafficked by Ishi Woney in the New York City area in September of 2017.

This week investigators made a break in the case of the college student from Pennsylvania who went missing in  a year ago, arresting, Woney, 23, who they say sex trafficked her.

Corinna’s mother Sabina Tuorto has not given up on finding her daughter.’I hope this [arrest] leads to other things,’ Tuorto, told the . ‘I want my daughter found.’

Woney was arrested on Wednesday in New Jersey on federal sex trafficking charges, which relate to the September 2017 disappearance of Corinna in Queens.

Corinna, a marketing student at Indiana University of Pennsylvania, left her small hometown of Bloomsburg in August of 2017 and traveled to New York, where she was last seen a month later. 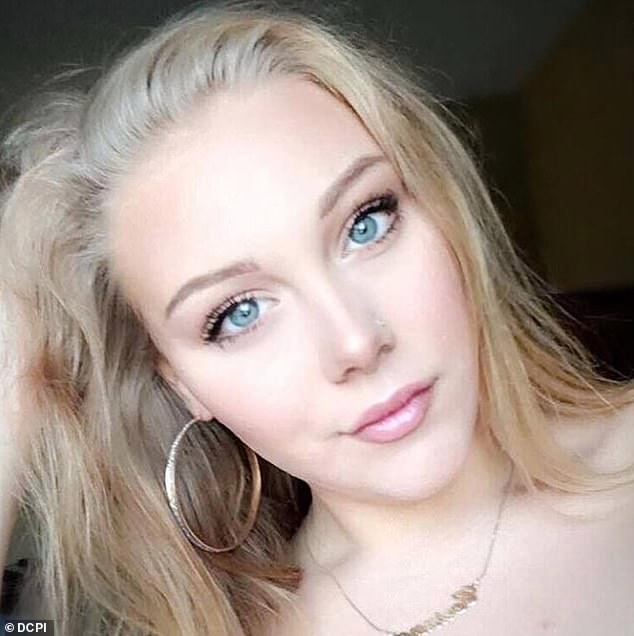 Corrina Slusser disappeared a year ago and was last seen at a hotel in Queens. This week the FBI said they believe she was sex trafficked and have made an arrest 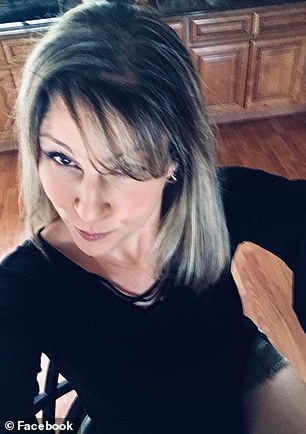 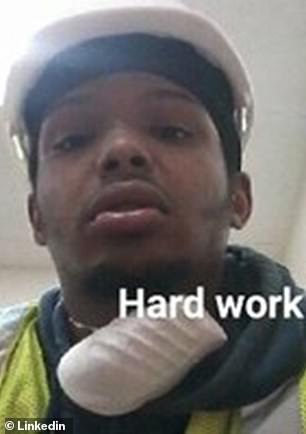 Sabina Tuorto (left) Corinna’s mother, is begging for her return. She says she hopes the arrest of Ishi Woney, 23 (right) on federal sex trafficking charges will help bring about some answers

Now the FBI says that Corinna, then just 19 years old, was staying at a seedy motel in the Bronx that is known for prostitution, where Woney met her soon after she arrived.

Until her disappearance, former cheerleader Corinna had been very active on multiple social media platforms.

On September 7, she posted photos of a tidy one-bedroom, one-bath apartment on Grand Concourse in the Jerome Park section of The Bronx, tweeting: ‘My first apartment all to myself in NYC!!! Never been more happier in my life. Forver [sic] dream accomplished.’

Her final Facebook post from September 8 consisted of a selfie showing the blonde, blue-eyed college student dressed in a lacy white top with a red rose applique.

It shows a woman smoking what appears to be marijuana with the caption: ‘cyphin mid day mid road is always good for the soul.’ 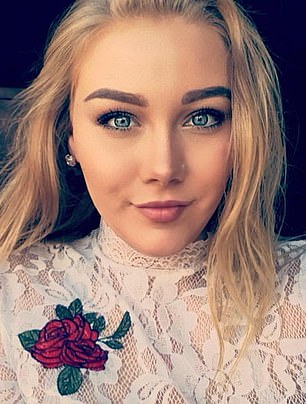 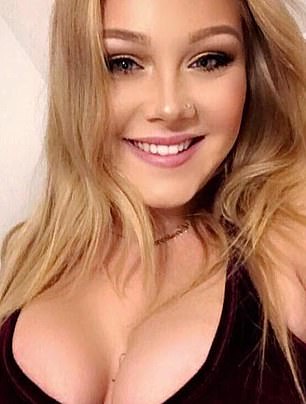 Corinna Slusser (left and right), has been missing in New York City for over a year. A new arrest in the case seems to confirm she was a victim of sex trafficking 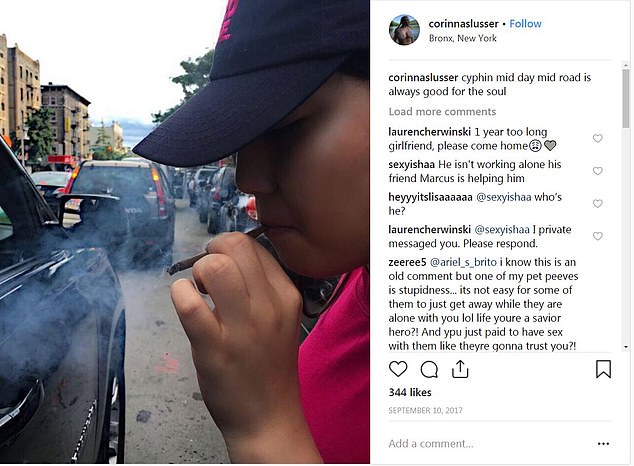 Her last Instagram post, dated September 10, was a photo tagged in The Bronx. It shows a woman smoking what appears to be marijuana with the caption: ‘cyphin mid day mid road is always good for the soul.’ 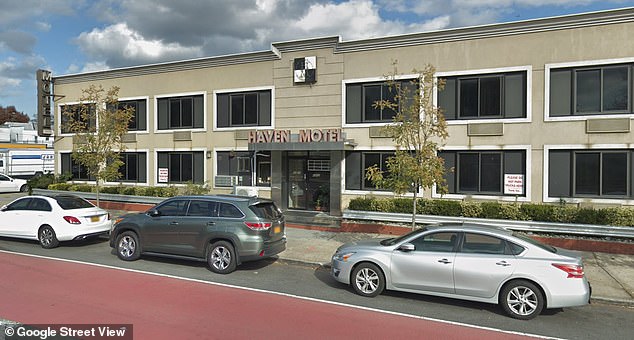 The seedy Haven Motel was the last place Corinna was seen. It was believed she was living there after she had a falling out with Woney who feds say was her pimp

‘Cyphin’ is New York City slang for passing a marijuana blunt around a circle.

The woman in the picture is not Corinna, and the image appears unlike the others she has posted before.

That Instagram post, and others in the weeks before she went missing, were unlike the mostly clean cut images of the former cheerleader, which appeared on her page before she arrived in New York.

Investigators say that Corinna met Woney sometime in September, and records show a flurry of text messages between the two beginning on September 10.

Investigators say that Woney posted an online advertisement offering ‘two girl special nunu enterprises’ along with a photo of Corinna and the other female victim.

‘Always ready for fun! Please Be RESPECTFUL & Discreet the TOTAL package SKILLS That will make you melt,’ the ad read, according to the indictment.

But things became tense when the other female victim became jealous of Woney’s relationship with Corinna, investigators say.

Woney and Corinna had a falling out, and on September 20 he took her to a hotel in Queens, where another man paid for the room where she was planning to stay that night, the indictment says.

That hotel, though not named in the indictment, is believed to be the Haven Motel on Woodhaven Boulevard in the Rego Park section of Queens, where Corinna was last seen in the early morning hours of September 20.

Woney quickly came to the attention of investigators when they found 806 text messages between his phone and Corinna’s between September 10 and her disappearance.

Undercover NYPD officers posed as johns to track down Woney, busting him at a motel in East Orange, New Jersey on November 3.

The cops interviewed Woney and the woman about Corinna’s whereabouts, but the pair were released for a lack of solid evidence.

Then in February of this year, Woney was arrested at a Jersey City hotel for simple assault and drug possession, after the female victim said he punched her in the face and demanded her money and possessions.

Cops observed the woman with a swollen lip, but she refused to press charges after they arrived. 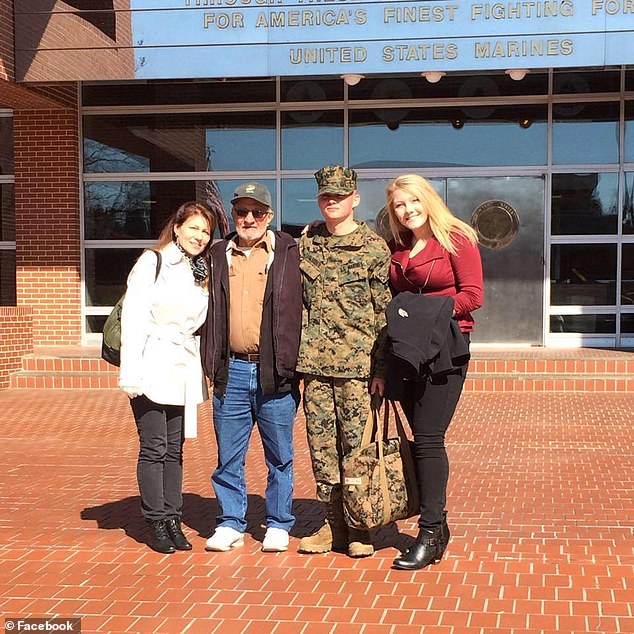 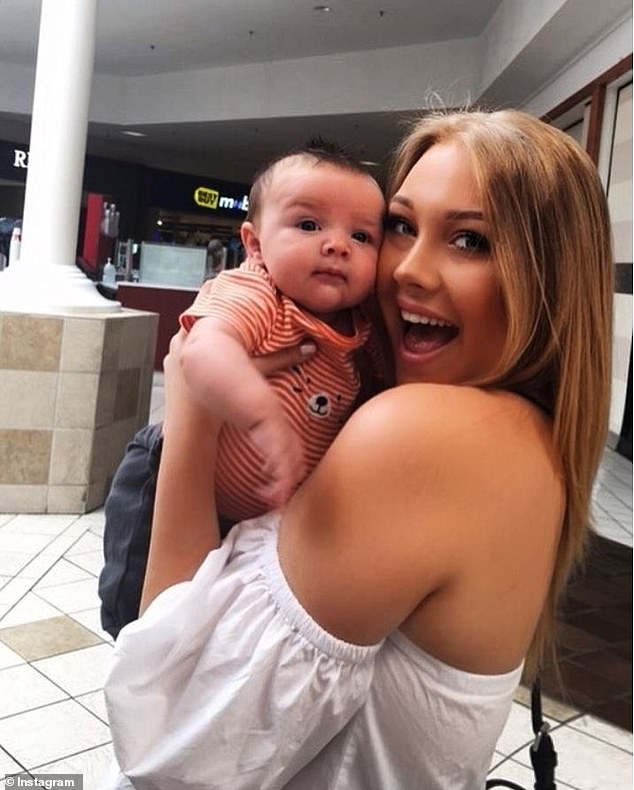 Corinna lived in Bloomsburg, Pennsylvania, and had been studying marketing at Indiana University of Pennsylvania 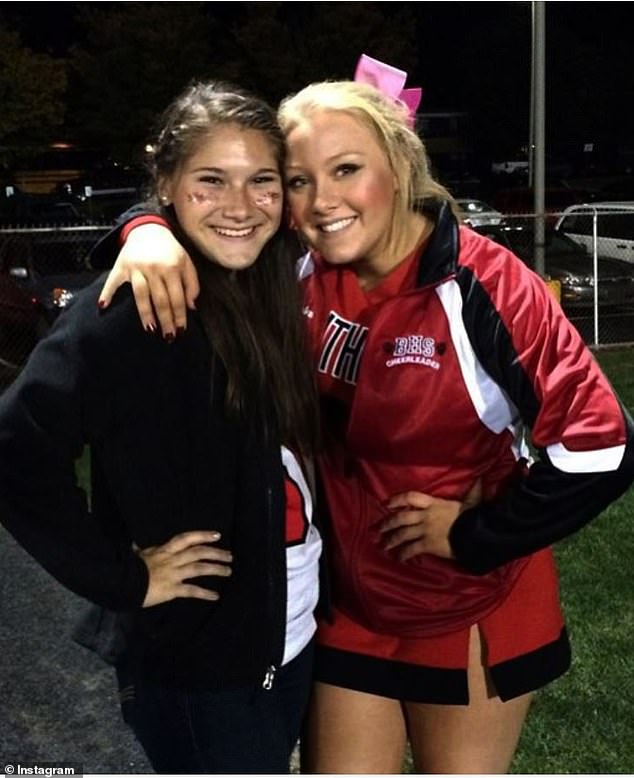 She was a cheerleader at Bloomsburg Area High School in Pennsylvania

An undercover officer met the female victim at a hotel in the Bronx, and agreed to pay her $200 for an hour of sex services, the indictment says. As soon as the agreement was made, officers swooped in.

The woman was arrested, and in a police interview she finally cracked, admitting that Woney was her ‘pimp’ and that she gave him all of the money from her sexual encounters, according to the indictment.

The information allowed the feds to move in on Woney. He is charged with use of an interstate facility to promote prostitution, transporting a person between states for an illegal sex act, and sex trafficking by means of force, threats, fraud, and coercion.

If convicted Woney faces up to life in prison. He was due to appear in a Manhattan court on Thursday afternoon.

In a statement, U.S. Attorney Geoffrey S. Berman said that Woney ‘engaged in a vile form of exploitation, using force and other coercion to compel young women to engage in paid sex for his enrichment.’ 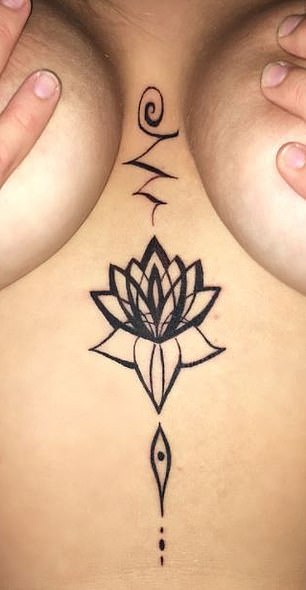 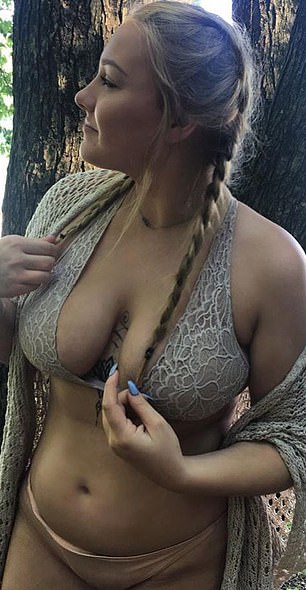 Corrina is described as 5-foot-6, weighing 140lbs, with long blonde hair and blue eyes. She has a large black tattoo of a flower in the middle of her chest (right)

‘We will continue to work with the FBI and NYPD to protect prospective victims of human trafficking and arrest and prosecute their predators,’ Berman said.

Meanwhile, Corinna’s mother continues to pray for her safe return.

‘Missing my beautiful girl so much…the sadness in my heart is beyond words,’ Sabina Tuorto wrote on Facebook in August.

‘I wish I could be where she is, that’s where I want to be. She is my reason to breathe.. I inhale and exhale trying to keep the faith as I wish for her to be found safely and alive,’ the heartbroker mother wrote.

‘It’s been a year almost and ppl seem to forget about her but I think about her nonstop and I will never let this to rest until her and I are reunited again! My heart aches everyday!’

According to the , weeks before Corinna disappeared, a copy of an order of protection she had sought against a man was sent to her mother’s home.

It ordered the man to stay away from her after he was arrested for allegedly beating her at a hotel in Harlem on August 25.

Corinna is described as 5-foot-6, weighing 140lbs, with long blonde hair and blue eyes. She has a large black tattoo of a flower in the middle of her chest.

Anyone with information on Corinna Slusser’s whereabouts is urged to contact the FBI at 1-800-CALL-FBI.

Social media outrage as Instagram rolls out new sideways feed that lets you tap through posts
Journalist, 26, dies one day after she was found unconscious and hospitalized with H1N1 swine flu
Battle of the beasts: Crocodile and shark fight each other
Victoria's secrets: From a toothbrush for her hair to tequila to pep her up and a VERY messy bedroom
Prince Harry playfully ruffles a young fan’s hood as he opens a youth zone in East London
U.S. Marines may end their decades-old policy of separating male and female recruits
WW reveal why you should NEVER bring up a loved-ones weight
Girl, 16, is arrested for shooting and killing an eight-year-old boy with a pellet gun