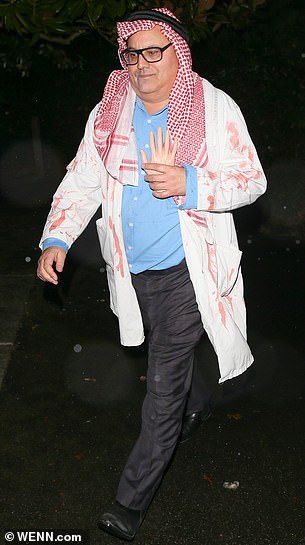 Asif Zubairy, 57, who is ITV’s head of commissioning for comedy and entertainment, has been revealed as the man who dressed up as a Saudi executioner at Jonathan Ross’s Halloween party

The guest who mocked the grisly murder of a journalist by dressing as a Saudi executioner at a celebrity  party is an ITV comedy boss – who was forced to apologise after his identity was exposed yesterday.

Asif Zubairy was accused of ‘appalling taste’ and ‘inexcusable behaviour’ for wearing the tasteless outfit at a star-studded bash hosted by Jonathan Ross on Wednesday evening.

Horrifying new details of how Saudi journalist Jamal Khashoggi was strangled and cut up at his country’s consulate in Istanbul had emerged only hours earlier.

Mr Zubairy, 57, ITV’s head of commissioning for comedy and entertainment, was pictured arriving at Ross’s North home in a blood-spattered white coat and a keffiyeh – a Middle Eastern headscarf – while carrying a severed hand.

Mr Khashoggi, who wrote for the US press, was a prominent critic of the Saudi regime.

He was murdered and dismembered by a 15-man ‘hit squad’ inside his country’s consulate in Istanbul a month ago, sparking an international row.

It emerged this week that Mr Khashoggi was strangled moments after he entered the building. His body was then dismembered and disposed of, Turkish prosecutors say. 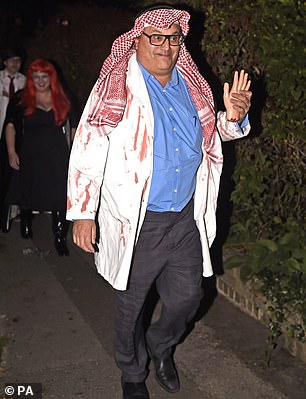 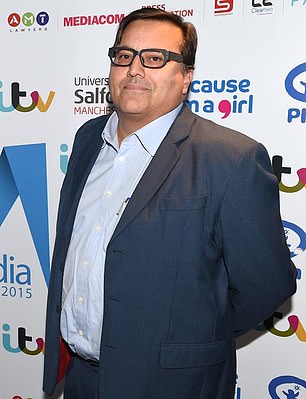 He has been an ITV executive for almost seven years and lives in a £800,000 house in South West London with wife Tara Duffy, 48.

Between 2005 and 2010 he worked on Strictly Come Dancing’s spin-off show It Takes Two.

In his 35-year TV career he also spent time in Australia, where he worked on Big Brother and Australia’s Got Talent.

He is now responsible for commissioning all of ITV’s major entertainment programmes, including panel show Celebrity Juice, which sees contestants participate in crude tasks and exchange lewd conversations.

Last night Mr Zubairy was accused of ‘inexcusable behaviour’ and ‘appalling insensitivity’ over his Halloween outfit. 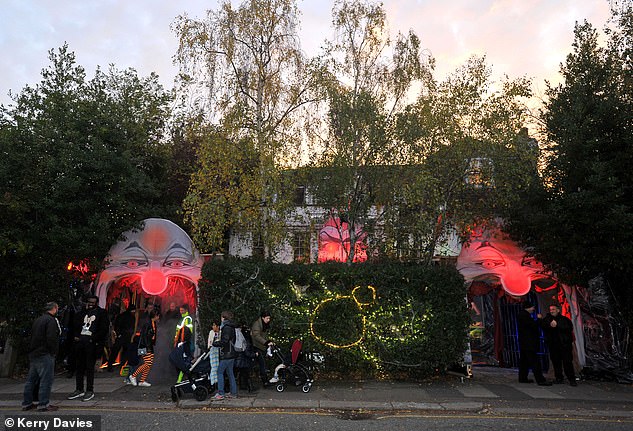 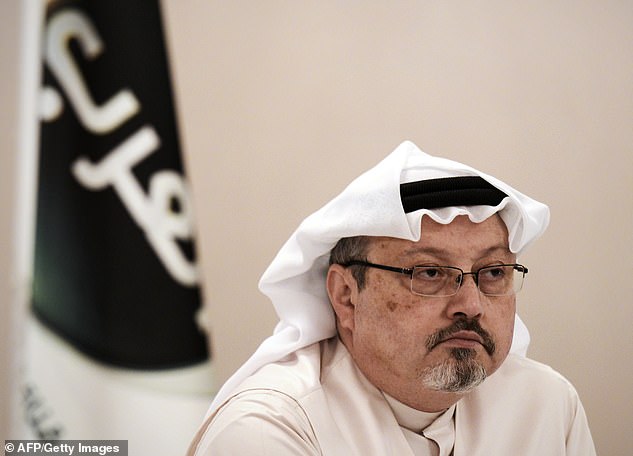 Journalist Jamal Khashoggi was murdered and dismembered by a ‘hit squad’ inside the Saudi consulate in Istanbul last month. New details that he was strangled were revealed yesterday

‘It’s truly shocking that someone of his experience had such a crass understanding of what was acceptable.

ITV must be shocked about the damage to their reputation that such a senior person has behaved in such an inappropriate way.’

Liberal Democrat foreign affairs spokesman Christine Jardine said: ‘I’m astonished at this appalling lack of sensitivity to a horrific murder which has raised serious questions over Britain’s relationship with Saudi Arabia. It’s a lapse in judgment.’

ITV refused to comment. Mr Zubairy said: ‘I’m a private individual who attended a private party. I realise my Halloween costume may have offended some people, for which I apologise.’