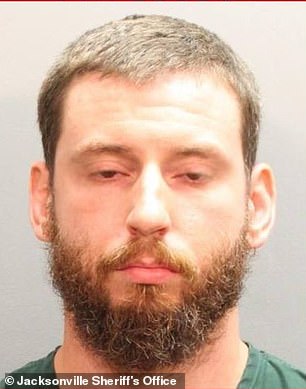 Corey French, 30, was arrested and charged with two felony counts of unlawful sex acts and is currently out of bail

A teacher in was arrested for allegedly having sex with not one, but two students from a high school in Florida. When they found out about each other- they confronted his wife.

One student from Fletcher High School said she was 17, the other said she had just turned 16, when they each had a sexual relationship with 30-year-old Corey French. They both said he told them he loved them during the course of their trysts.

One believed he would leave his wife for her, and even postponed her plans to attend college after high school to wait for him to do so.

The teens had sex in the school and at his home, according to an investigative report released by the Duval County School Board, reports .

When the students became aware of each other after learning about it from their mutual friend, they decided to confront Corey’s wife, Alexandra French.

The 17-year-old said she met French while hanging out in his class because it was a meeting point for students. She told invesigators students would fawn over him.

When they started communicating over Twitter, he told her to use a different account ‘name was ‘dry_humor,’ because the one they were using was ‘checked.’

Corey French (left) was outed by two teens, one who was 17 and the other had just turned 16 when they alleged they had sexual relationships with him, when the teens confronted his wife, Alexandra French (right) who is an elementary school teacher

Within weeks, Corey told the teen he has feelings for her beyond the student-teacher relationship.

They first kissed on a hiking trail. A few days later she was in an empty classroom when he came up behind her, kissed her and then they had sex for the first time.

They would have sex at school, at his house and at her stepmother’s home.

They continued the liaison until even after she graduated.  She helped him set up the classroom for students coming in after she had left the school.

The other student was a sophomore in the school when she had just turned 16.

He told her to come to his classroom for help on a test. He ended up giving her the answers to the test.

One a following meeting, he grabbed her crotch and told her he loved her.

They would continue to touch sexually at the school, until she went to his home where they had sex.

They also had sex in his car during a Homecoming game. She was pictured in the negligee in his bathroom. 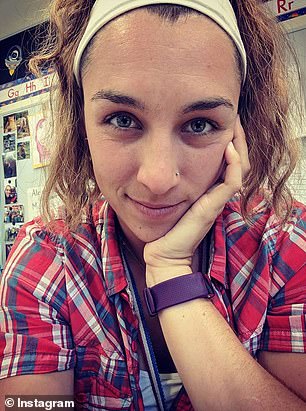 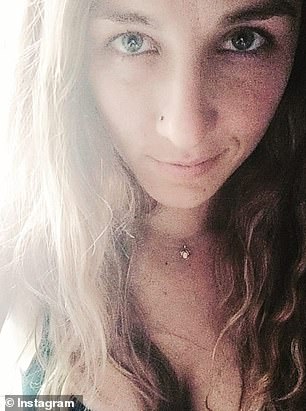 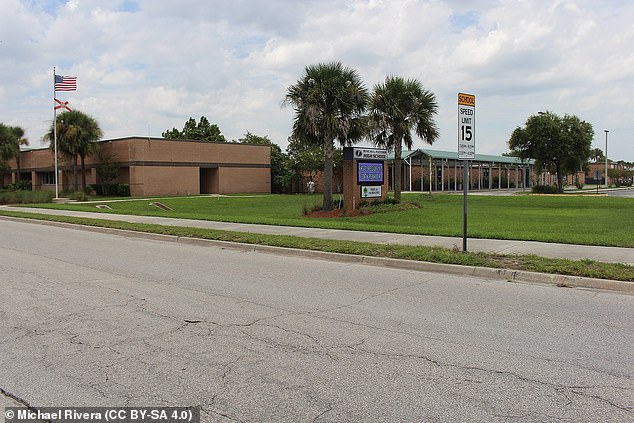 When the teens met with his wife Alexandra at a Dunkin Donuts last March to confront her, they provided her with photos of Corey in his boxer shorts in his bedroom, on a blanket at the beach and a photo of one girl in a negligee in French’s bathroom, according to .

They also provided Alexandra with screen shots of messages with Corey.

When his wife went home, she told Corey to leave and then called the principal at Fletcher High School.

Both teens said once they turned 18 their relationships ended with the teacher.

French is out of jail on bond. He pleaded not guilty and faces two felony charges charges.

His next court appearance is scheduled for November 14.

Social media 'is pressurising the young into gender change'
PLATELL'S PEOPLE: The heroes of London Bridge offer a beacon of hope amid the carnage and terror
Mother-of-three teacher, 42, collapsed and died after swallowing a £60 bag of cocaine
Have Heidi Klum and Tom Kaulitz wed for the second time?
Princess Margaret's Lady in Waiting LADY GLENCONNER serves a glorious slice of festive gossip
'I blame HIM for what happened': Alfie Lamb's mother, 24, speaks for first time after being FREED
Coronavirus UK: Rishi Sunak launches self-employed bailout
Coronaphobia grips the nation: Britons fear lockdown is being eased too rapidly