A paramedic, who is suing the state of Tennessee after having his license revoked, drilled through a patient’s leg without using numbing medication, allegedly telling staff it was a ‘teachable moment for dealing with belligerent patients’.

Gordon Brett Stokes, of Chattanooga, East Tennessee, admits using the tactic in June 2016 but claims the incident was not to deliberately harm the patient as a complaint suggests.

But according to an advanced emergency medical technician (AEMT) working with him on the job in Blount County, Stokes told the less experienced staff to perform procedures that may have been unnecessary and that they were too inexperienced to carry out in order to ‘punish’ the unidentified patient, who was suffering an overdose from mixing hydrocodone and alcohol.

It is unclear why he deemed the patient, who was in a head and back brace from a previous incident, belligerent. 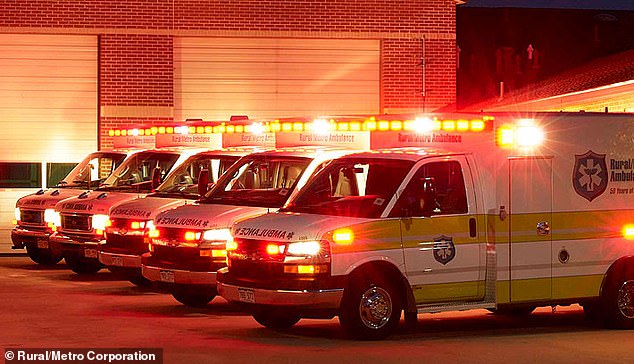 Gordon Brett Stokes, of Chattanooga, East Tennessee, denies deliberately harming a patient in June 2016 while on the job in Blount County

The complaint states that after delaying treatment for the man by quizzing his colleagues on what was wrong, he told the AEMT to inject reverse opioid drug Narcan through an ‘intraosseous line’ into the tibia i.e. directly into his bone marrow using a bone drill.

This despite the medication only being necessary for patients in a deeper state of unconsciousness.

Stokes admitted he then stopped an AEMT from using lubricant to insert a breathing tube into the man’s nasal passage and told them to use alcohol-based hand sanitizer instead. He later removed the tube and said it wasn’t necessary.

The complaint states that the insertion harmed the patient and the AEMT suggested they may not have needed to insert the tube at all. He told Stokes at the time that the patient ‘had a good airway’. 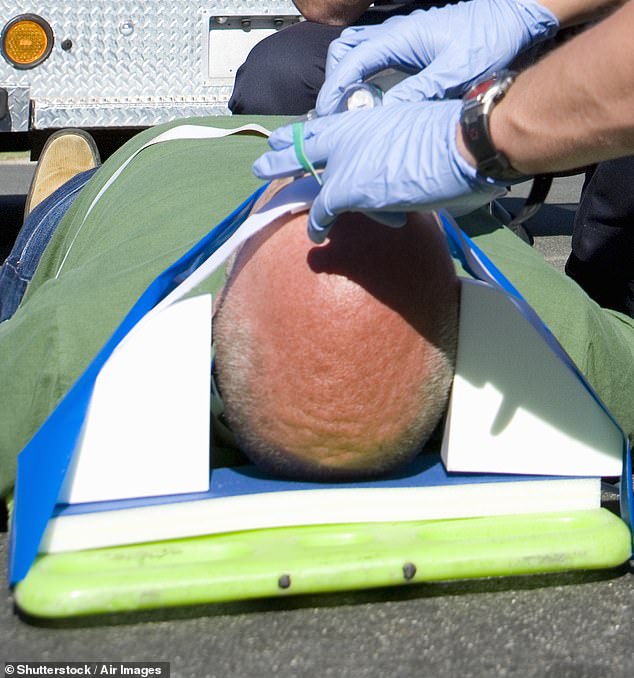 Stokes made the team drill through a patient’s bones without anesthetizing them and coated a breathing tube in alcohol-based product  rather than lubricant (stock image: patient not pictured)

While he denied claims he intentionally hurt the patient with these procedures, Stokes allegedly boasted about using the hand cleaner and even shared an image of the patient and admitted drilling him without anesthesia on Facebook.

According to the Tennessee Board of Emergency Medical Services, Stokes, 43, bragged: ‘If you should ever find yourself drunk in my ambulance, do not become belligerent. I have a drill and I ain’t scared for a second to use it.’

‘Naaa I actually like the drill and ‘forgot’ the lidocaine bolus [numbing medication] for this (expletive). Lubed his (nasopharyngeal airway) with alcohol hand sanitizer too. :-),’ he allegedly posted.

Dismissing the comments as ‘ridiculous bravado’ he claimed his fellow AMR Rural Metro Blount County worker had ‘backstabbed’ him by making the complaint which he says was not representative of his real intentions.

He also said he guided the inexperienced AEMT’s hands during the drilling.

‘It’s ridiculous. This was all a little witch hunt they did off a stupid Facebook post,’ Stokes told The Tennessean. ‘I was trying to teach them something. I don’t know if they weren’t interested in learning or trying to save their own skin, but needless to say the whole thing came back and bit me in the a**.’

He also told the paper the hand sanitizer use was from a technique he learned in Afghanistan. 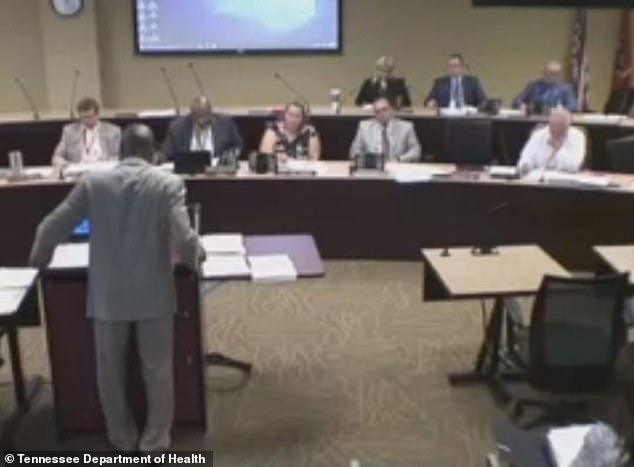 Paul Richardson, government attorney for Tennessee Department of Health, labeled Stokes as ‘reckless and macho’ at the hearing to revoke his paramedic license in September

Stokes did not attend last month’s hearing where the Tennessee Department of Health petitioned to revoke his paramedic license and it was unanimously approved by members of the Emergency Medical Services Board.

‘Reckless and macho are the first words that come to mind when I think of Mr. Stokes,’ government Paul Richardson, attorney for Tennessee Department of Health said at the hearing in September.

Now Stokes says he’s suing the state for the action because it causes problems for his long-term goals to become a nurse.

He wrote in a letter to them: ‘I have absolutely no interest in working as a paramedic again. Please mark me as never being eligible to reapply in case nostalgia gets the best of me.’

However, he said there was confusion over whether he wanted them to fully revoke his license and making it ‘null and void’, which isn’t as harsh a discipline.

Stokes says he worked as a paramedic for 14 years with experience in Afghanistan, Alaska, Hawaii and Florida.

Atletico Madrid 2-0 Getafe: Thomas Lemar scores on his debut
Bournemouth vs Crystal Palace LIVE score and updates – Premier League 2018/19
Google, Facebook, Netflix, Apple and Amazon are all LOSING value
Man who was shot dead by police with a plastic bullet then a round from a rifle was killed lawfully
Theresa May's workers' rights pledge could persuade 'up to 70 Labour MPs to back her deal'
Pelosi vows to 'deal with' impeachment article as House faces vote
Prince William and Kate Middleton enjoy clifftop walk in Ireland
Corona slammed for advert showing trippers in Outer Hebrides which is already besieged by tourists