The film adaptation of Fields has suffered such poor ticket sales in its opening weekend as to make it the second-worst US box office flop since 1982.

Critics laid into the movie version of Martin Amis’s 1989 book as ‘aggressively awful’, ‘horrendous’ and a ‘boring and garish mess’.

After the murder-mystery’s flop it is unclear whether it will even be released in UK cinemas, reports. 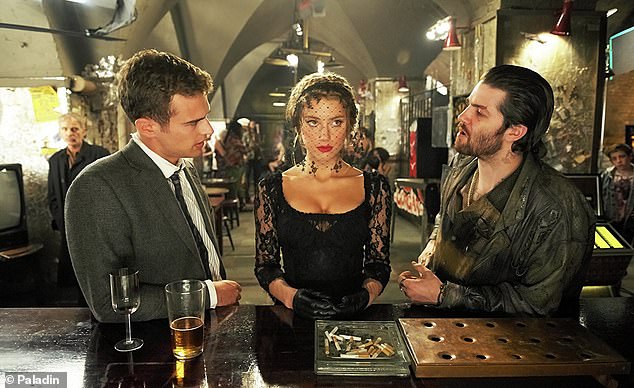 Jim Sturgess (right) stars alongside Amber Heard in the film adaptation, which critics have panned and has suffered the worst opening in more than three decades

London Fields was named by the paper as one of the best 50 novels of the past five decades.

But the £6.25million project has been wrought with legal battles and was withdrawn from 2015’s Toronto Film Festival when director Matthew Cullen accused Chris Hanley and Jordan Gertner of preparing their own final cut in secret.

He said it included footage of the 9/11 attacks cut against pornography without consulting him. 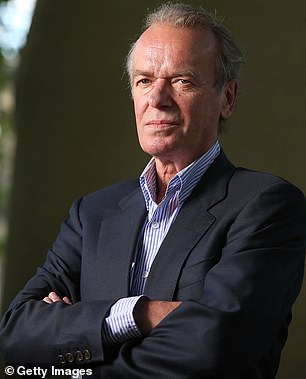 When the cast also complained to the producers about violent bursts of nuclear war and drone attacks, they responded with a $10million lawsuit against Amber Heard.

They said the actor, who portrays femme fatale Nicola Six, breached her contract by refusing to perform some intimate scenes.

The star then launched legal action against them in which she said producers used a body double to make it look like she had performed a violent sex scene that she would not have consented to, thus violating a nudity agreement.

She alleged that producers demanded ‘continuity photos’ of her in states of undress but Mr Hanley’s lawyers described her claims as fiction.

Critics who did get to see London Fields in 2015 were damning of its performance, with The Times calling it a ‘soup of pretentious stupidity’ and The Hollywood Reporter saying it ‘presents the most staggering gulf in quality between a novel and a film adaptation in recent memory’.

Its poor US box office takings are set against the success of horror reboot Halloween, which made £25million ($32million).

Peaky Blinders' Charlotte Riley reveals she won't be returning to the BBC show ahead of fifth series
Theresa May's 10-year blueprint for the NHS
Cyclist's Apple Watch calls 911 after he crashed his bike crash and was knocked unconscious
Twitter stock tumbles after data bugs affect ability to pull in money off of targeted advertising
New Year's Honours 2019: Olivia Newton-John made a Dame
Just one dose of magic mushrooms can reduce depression and anxiety in cancer patients, study finds
Smuggler gangs are offering migrants 'bronze, silver and gold package deals' to cross the Channel
Lisa Armstrong snaps up a smart new five-bedroom home near ex Ant McPartlin for a cool £3.8m