They are known the world over as raucous tough-talking wrestlers with incredible, curvy figures.

You can add trailblazer to Nikki and Brie Bella’s resume when they headlined the WWE’s first-ever all-women’s pay-per-view show in New York on Sunday alongside former champion .

And the raven-haired twins struck a fashionable pose together when they hit the red carpet with Rousey and guests that included TV personality Maria Menounos. 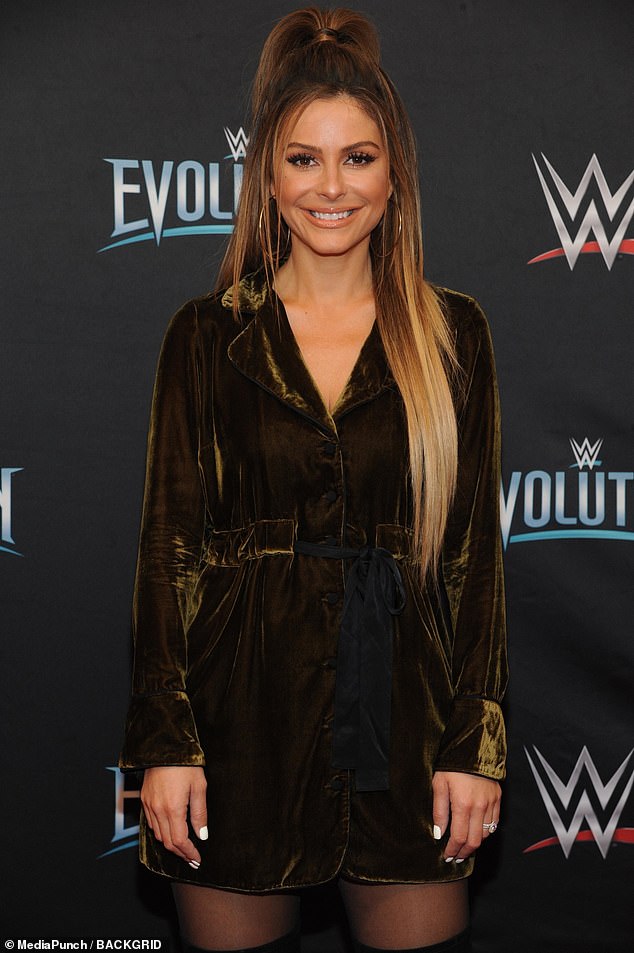 The 34-year old twins are seemingly almost always by each others’ side, and on this night it was no different.

But they did come dressed to impress with their own personal touch of style.

Nikki make a statement in a fiery-red latex mini dress that showed off her tanned and toned figure.

She matched it with a pair of black-studded heels and wore her black tresses long and flowing to her waist with a part just off the middle. Stylish: Both ladies wore their raven tresses long and flowing, with a part slightly to the right

Younger sister Brie, by only 16 minutes, also stunned in an equally stylish lavender mini dress that flaunted her curves in all the right ways.

She wore a pair of glittery light heels and wore her dark locks long, with a part oh-so slightly to the right.

TV personality Maria Menounos was among the guests that hit the red capet. She opted for a more seasonal color in a rustic velvet number.

She wore her light brown locks long but had some of her hair stylishly pulled into a back-top ponytail. 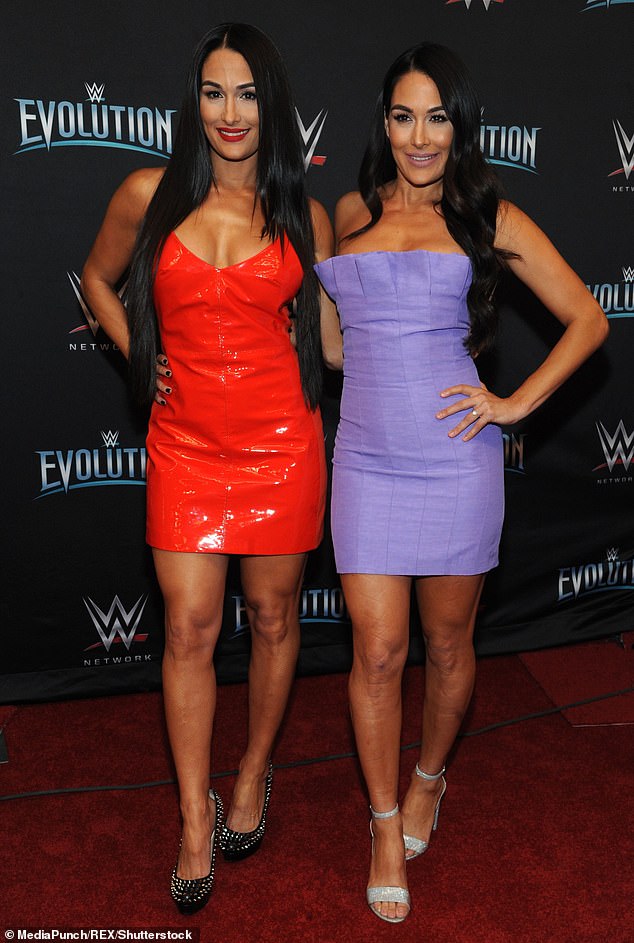 Soft sides: Both numbers showed off their toned and tanned figures

But surely the most glaring part of her ensemble was her big beaming smile.

The Bella Twins’ new ring-rival, Rousey, showed off her curvy muscle-toned body in a floral dress that came down to her knees as she carried her championship belt over her shoulder.

She pulled most of her hair off of her face, but left a few strands to fall over her cheekbones. Sweet: Ronda Rousey rocked a floral gown that came to her knees

The lady! The former UFC champion carried her WWE championship belt over her shoulder 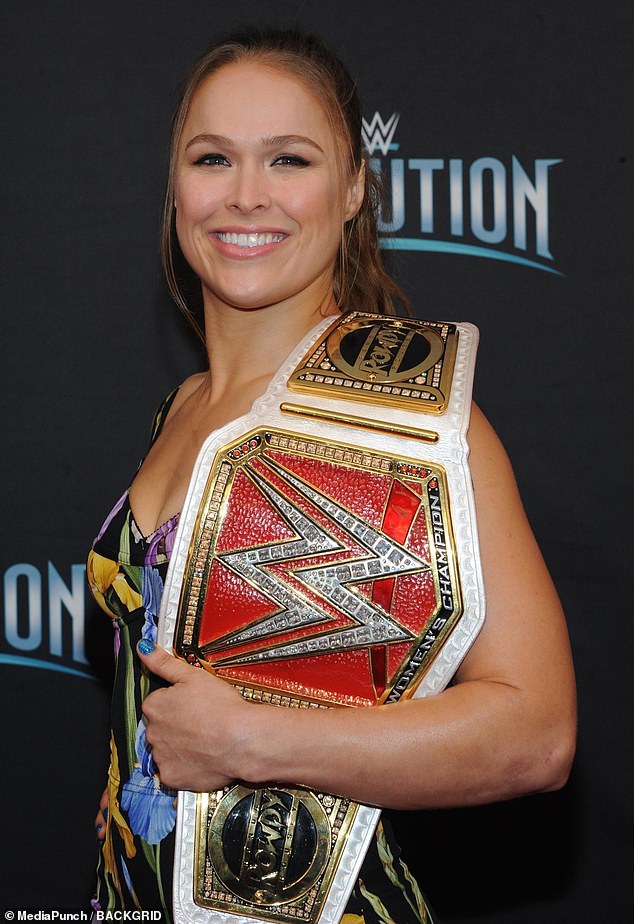 According to , the Evolution event was a rousing success.

‘WWE Evolution may have provided a new template for how main roster PPV shows are presented,’ reporters Brian Campbell and Adam Silverstein wrote. ‘With a perfect mix of legends, current superstars and promising developmental wrestlers who could very well be the future of the company, the card was nothing if not spectacular in terms of action and booking.’

In the main event, Ronda Rousey retained her title by defeating Nikki Bella via a submission.

Sister Brie had to stick to the sidelines, but she was a constant distraction during the much hyped match. 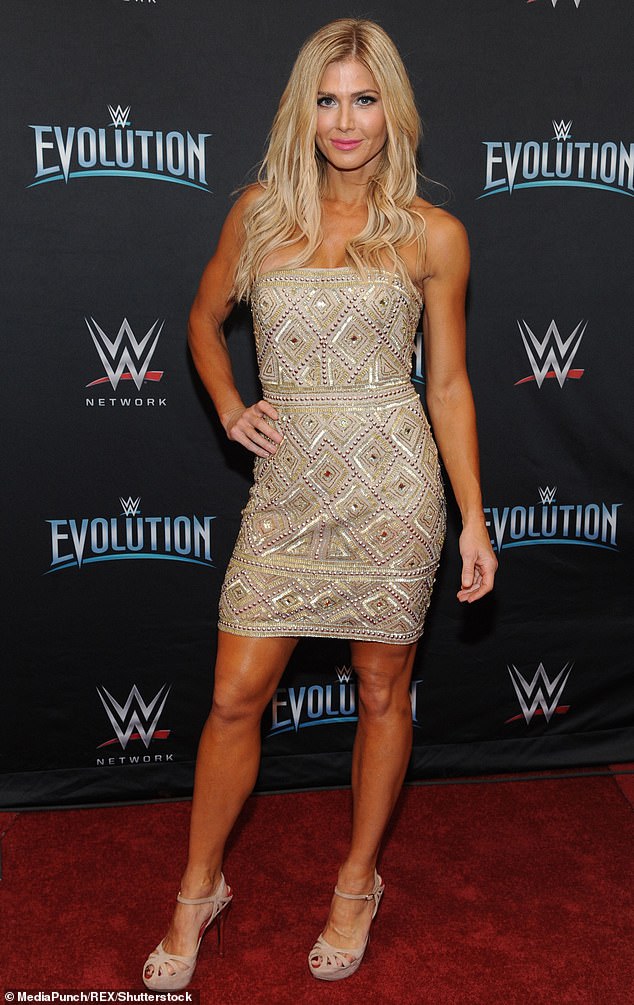 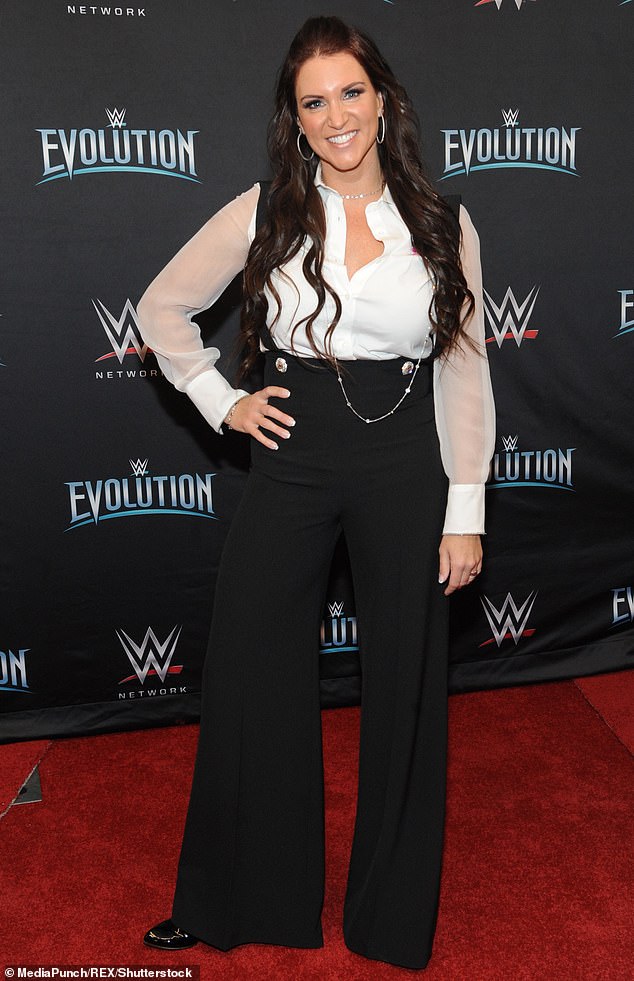 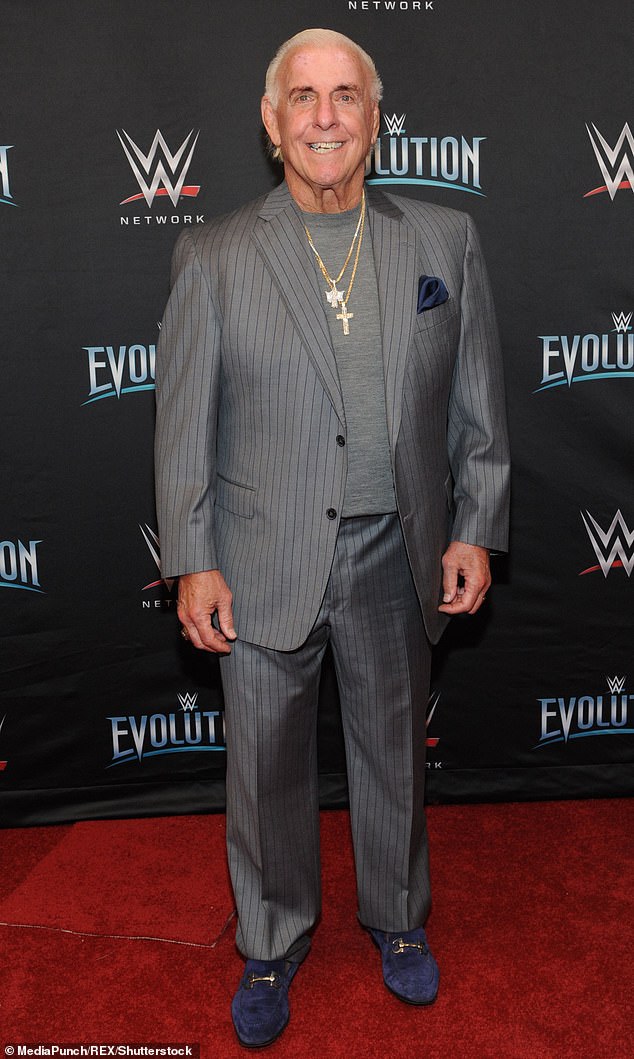 UK weather: Britain could enjoy balmy 63F heat on Thursday
Homes on UK's most expensive road in Belgravia cost £33m in 2018
21 Savage says he was 'definitely targeted' by ICE in his first interview since his release on bond
Falklands pilot, 71, who shot down enemy plane in combat meets with former foes on return to island
Teenage girl, 17, is found 'murdered' at home in leafy Wiltshire village
Father glues himself to school gates in bizarre protest
Natalie Christopher's boyfriend could only identify her smashed body by her SHOES
Tetra Pak billionaire Hans Rausing's second wife orders the demolition of the £20m Barbados mansion