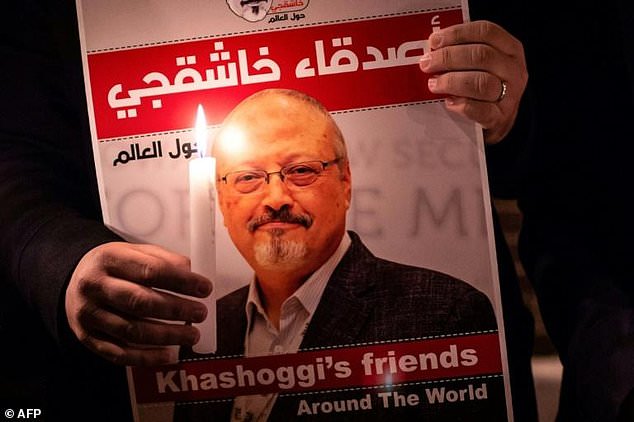 Saudi Arabia’s chief prosecutor has arrived in Istanbul as part of an investigation into the murder of journalist Jamal Khashoggi, the state-run Anadolu news agency reported Monday.

He is expected to meet with Istanbul chief prosecutor Irfan Fidan and visit the Saudi consulate where Khashoggi was killed.

The case has brought near unprecedented international scrutiny on Saudi Arabia, which is seeking to draw a line under the crisis after offering a series of differing narratives in the weeks following Khashoggi’s murder.

The 59-year-old Washington Post contributor, who had criticised Saudi Arabia’s powerful Crown Prince Mohammad bin Salman, vanished after entering the Saudi consulate on October 2 to obtain paperwork for his marriage to his Turkish fiancee.

Gruesome reports in the Turkish media have alleged he was killed and dismembered by a team sent from Saudi Arabia to silence him.

The Saudi prosecutor travelled to Istanbul after acknowledging last week that the killing was “premeditated”, based on the evidence of a Turkish investigation.

“We discussed it… the need of transparency, full and complete investigation. Full agreement from FM Jubeir, no reservations at all,” Mattis said following talks in Bahrain.

He added he was confident that the Saudi investigation would include Turkey’s findings.

“Certainly Turkey with the evidence that they have compiled will ensure that there is more than one review of what is going on there and I am certain the investigation will include the evidence that Turkey has put forward so far,” Mattis said.

Saudi authorities have arrested 18 men over the murder and President Recep Tayyip Erdogan has requested they be extradited for trial in Turkey.

Riyadh has dismissed the request, saying they will be prosecuted in Saudi Arabia.

The body of Khashoggi, who was once an insider in Saudi royal circles, remains missing.

Erdogan, who has stopped short of directly blaming the Saudi government, has called on Riyadh to reveal the location of the body, indicating that his country had more evidence to reveal about the killing.

Prince Mohammad, the kingdom’s de facto ruler, has denounced the murder as “repulsive” and denied any involvement, while the Saudi leadership has pushed responsibility down the chain of command.

Pictures of real-life scenes in Thomas Hardy's Wessex displayed
Mother, 51, suffered severe headaches after developing a milk intolerance from the MENOPAUSE
Six dead including five teenagers in nightclub stampede in Italy
Extinction Rebellion suggests group is FINALLY ready to end climate change protests
England vs Holland - Nations League semi-final: LIVE score, lineups and updates
Gardener, 40, lives in SHED in Cornwall for SIX years because of rich second home owners
Ring of steel: Biarritz is on lockdown ahead of G7 summit
Fire chiefs tackling Grenfell Tower blaze are accused of having 'no Plan B'