delivered a string of toilet gags to the Commons while unveiling business rates relief on public loos during today’s Budget.

The Chancellor provoked laughter and groans in equal measure as he reeled off the sequence, which ended in the catch line, ‘This is the only news that didn’t leak.’

Local authorities will now be forced not to charge business rates on any toilets made available for public use, whether publicly or privately owned. 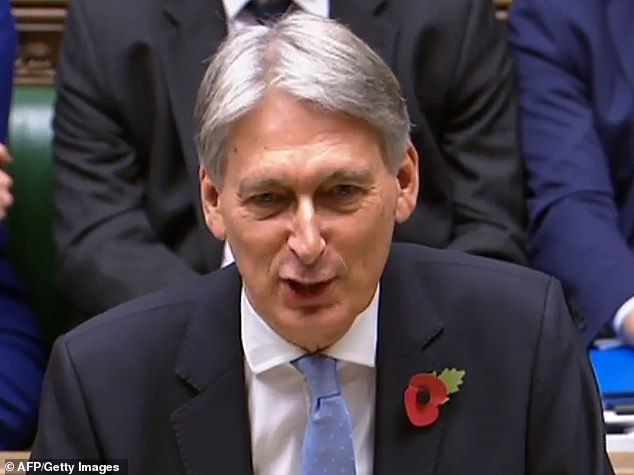 The Chancellor provoked groans and laughter in equal measure as he reeled off the sequence, which ended in the catch line, ‘This is the only news that didn’t leak’

Mr Hammond said: ‘Local authorities have long been able to provide discretionary business rates relief to other bodies but not to themselves.

‘Following representations from my honourable friends for North Cornwall and St Austell and Newquay, I am pleased to provide a new mandatory business rates relief for public lavatories, so that local authorities can at last relieve themselves for the convenience of the house, Mr Deputy Speaker.

‘And without wishing to get unduly bogged down on this subject, this relief… (well at least I’m demonstrating that we are all British) will extend to any such facilities made available for public use whether privately or publicly owned.

‘And honestly I can say, Mr Deputy Speaker, that this is basically the only item in this Budget that hasn’t leaked.’

Business rates will be also be cut for the High Street, with discounts of nearly a third for half a million small retailers. 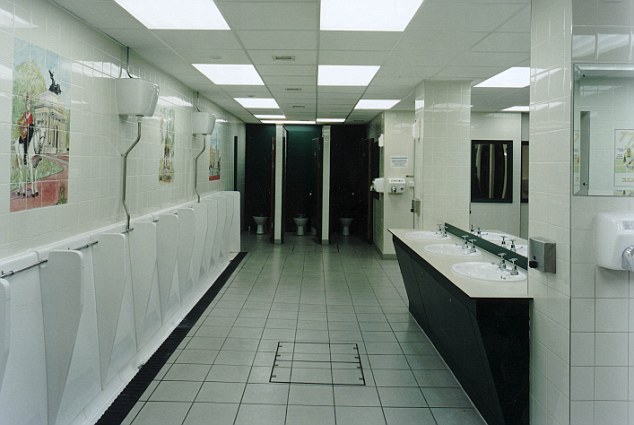 The move follows lobbying from MPs concerned about the closure of many public loos. Pictured: A lavatory in Westminster

Mr Hammond won laughs for several other Budget gags – which are a must for any British Chancellor.

After announcing a new tax on digital giants worth £500million or more – including Facebook –  the Chancellor quipped, ‘I look forward to the phone call from the former Lib Dem leader.’

Sir Nick Clegg is now a lobbyist for the California-based company with a salary of more than £1million a year.

Texas executes man convicted of strangling woman while driving after last-minute appeal is denied
Brazilian man is charged after four kilos of cocaine seized at Belfast City Airport
Grand Designs couple put renovated 'mini-castle' up for sale for £850k
Jonathan Ross reveals his 'wonderful, loving and glamorous' mother Martha has passed away
Melania Trump carried a Hermès bag worth £50K as she joined the President at Downing Street
Husband gave wife brain damage after hitting her in the face with a dumbbell
Prince William asks whether 'social media firms are doing enough to stop suicide'
The prostate surgery that won't harm your sex life: New technique could spare men from impotency