He’s made a name for himself as the larrikin tradie on hit renovation shows.

But during the finale of The Block, Scott Cam infuriated viewers of the show after making an eyebrow raising remark to contestants Bianca Chatfield and Carla Dziwoki.

Outraged viewers of the Channel Nine show quickly took to to take aim at the 55-year-old, accusing him of ‘casual sexism’.

‘Disappointed but not surprised’: The Block viewers accuse host Scott Cam  (right) of ‘casual sexism’ after he makes an eyebrow-raising remark to contestants Bianca Chatfield (centre) and Carla Dziwoki (left)

During Bianca and Carla’s auction on Sunday night’s finale, the two friends were ecstatic after learning their profit was climbing.

The comment enraged The Block fans, some of whom swiftly branded Scott as ‘sexist’. 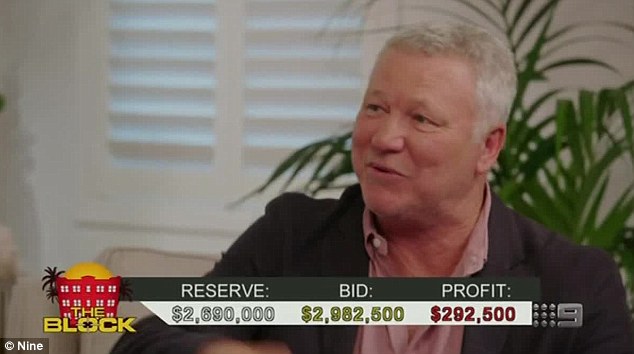 ‘Not bad for a couple of single girls, aye!’ Scott chuckled as Bianca and Carla’s profits climbed during the finale of The Block on Sunday night 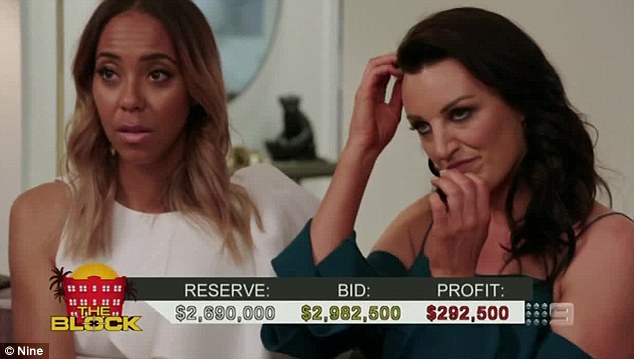 Uneasy: The comment enraged viewers of the hit renovation show, some of whom branded Scott as ‘sexist’

Another joined in, penning: ‘Casual sexism from Scotty, disappointed but not surprised’.

One fan used a meme to illustrate Bianca and Carla’s reaction to Scott’s remark, writing: ‘Scott Cam: *inappropriate jokes about being single and on the market* Bianca and Carla: I just want it to stop.’

Another user questioned: ‘Is it just me or does Scott Cam come across as a bit of a sexist?’

And one viewer stated: ‘Scotty tossing the sexism card around like he’s swatting flies.’

Meanwhile, Bianca and Carla secured The Gatwick’s coveted north-facing penthouse which sold for $2,991,000, taking home a profit of $301,000.

Co-stars and ‘villains’ Sara Vale and husband Hayden took the top spot on the show, walking away with a $545,000 profit.

Daily Mail Australia has reached out to Channel Nine for comment. 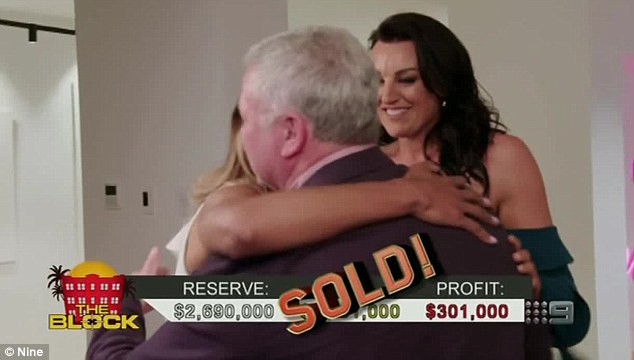 Success! Meanwhile, Bianca and Carla secured The Gatwick’s coveted north-facing penthouse which sold for $2,991,000, taking home a profit of $301,000