A miserable word has helped put a smile on the face of a wordsmith as he won his fourth World Scrabble Championship title.

As Scrabble fans marked 70 years of the world-famous board game, New Zealander Nigel Richards, 51, clinched victory when he played the word “groutier” to win the title.

The crucial word, which means “grouty” and can be defined as cross, sulky or sullen, scored 68 points, allowing Mr Richards to win by 575 points to 452 over Californian Jesse Day.

After his win, at the championships, held at at Westfield, London, Mr Richards said: “I am absolutely thrilled to have won two World championships this year, including French and English. 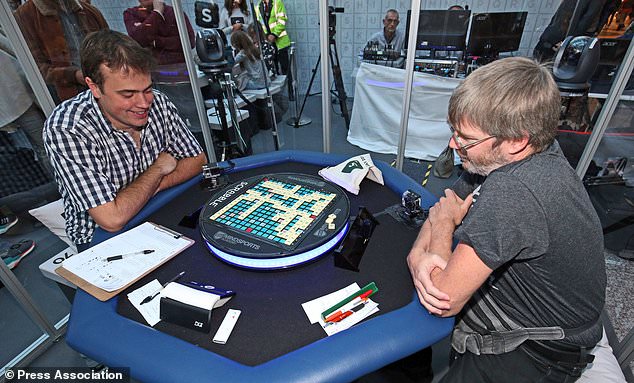 “It was a closely-fought championship and Jesse was a very impressive opponent to play.”

The words “zonular”, which was worth 100 points and means “like a zone”, and “phenolic”, which scored 84 points and means “a synthetic resin” were among the highest-scoring words in the final. Both were played by Mr Richards.

Mr Day played the other highest-scoring word when he used “maledict”, meaning “utter a curse against”, to score 95 points.

Malaysia-based Mr Richards began playing Scrabble in 1995. He won his three previous World Scrabble Championship titles in 2007, 2011 and 2013, and also won the French World Championship in 2015.

Mr Day,  a 31-year-old data scientist, said playing against Mr Richards “was an extraordinary privilege” and described him as “the greatest there has ever been and ever will be”.

He said: “This is the closest I can create to art. I started playing in my final year of high school and just got addicted.”

Rafal Dominiczak and Andrei Russell, who played in this year’s World Championship, said Mr Richards’ talents are not limited to the English language. Despite not speaking French, he has won the French language tournament after learning its Scrabble dictionary by heart.

Kyle Larson appears to be like for a sweep on NASCAR's Bristol bullring
Afghan chief rejects resignation letters from spy...
'Let's get a cup of coffee': Young mother, 22, reveals incredible words of stranger who saved her
Ten dead as torrential rain lashes Rio including one man who was electrocuted
Islamist claims he has arrived in Canada to give devout Christian Asia Bibi a 'terrible death'
DIY-enthusiast redoes her kitchen tiles for only £54 with clever hack
MAIL ON SUNDAY COMMENT: Britain should be proud. Now let's find a way out of lockdown
Wembley could host Premier League games again as part of Project Restart