After he was named in Parliament as the businessman at the centre of the #MeToo claims, Sir Philip complained he had been used for “target practice”.

In an interview with The Mail on Sunday, he described the past days as a “horror story” and said the furore was “injuring” his business.

Sir Philip, who is staying in a health resort in Tucson, Arizona, acknowledged that during his years in business he had engaged in “some banter” but said there was never any intent to be offensive.

“I’m very, very upset. I’m being used as target practice. It’s injuring my business, all the people potentially working in the business, and it’s injuring me and my family,” he said. 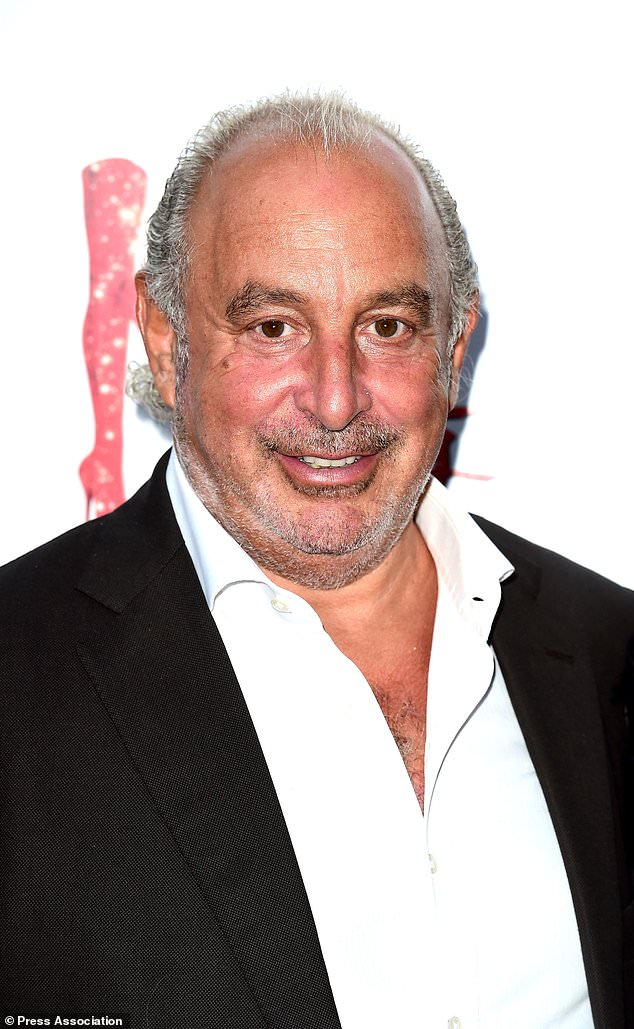 “It’s a horror story. Somebody can say whatever they like and people just follow you around, chasing you and harassing you.

“I’ve been in business for more than 40 years. There has obviously from time to time been some banter and a bit of humour, but as far as I’m concerned there was never any intent to be offensive.

“I believe I have a good relationship with all my staff. In all that time, until the recent issues, I’ve not had one litigation or complaint.

“The whole thing is distressing. I repeat I have never, ever sexually harassed anybody. It’s nonsense.”

I always comply fully with my House of Lords obligations as I did on that occasion. Green’s “complaint” is a malevolent diversion. I stand resolutely by what I’ve said and neither retract nor apologise for standing up for human rights against power, privilege and wealth.

Sir Philip has said he intends to lodge a formal complaint with the House of Lords authorities over Lord Hain for failing to declare he was a paid adviser to the law firm representing the Telegraph when he made his intervention.

Lord Hain said he was unaware that the firm, Gordon Dadds, was involved in the case when he spoke and dismissed Sir Philip’s allegation as a “malevolent diversion”.

“I stand resolutely by what I’ve said and neither retract nor apologise for standing up for human rights,” he told the Press Association.

Lord Hain has been criticised by some lawyers and legal experts for what they say was an abuse of parliamentary privilege, although he has been backed by many MPs.