Orlando Bloom threw the first punch in his infamous spat with .

Now he has labelled his girlfriend ‘thirsty’ after she posted a series of sultry shots of herself caressing a poster of the pop star.

Katy, who was celebrating her 34th birthday, posted the  pictures with the caption ‘teen idol/‘. 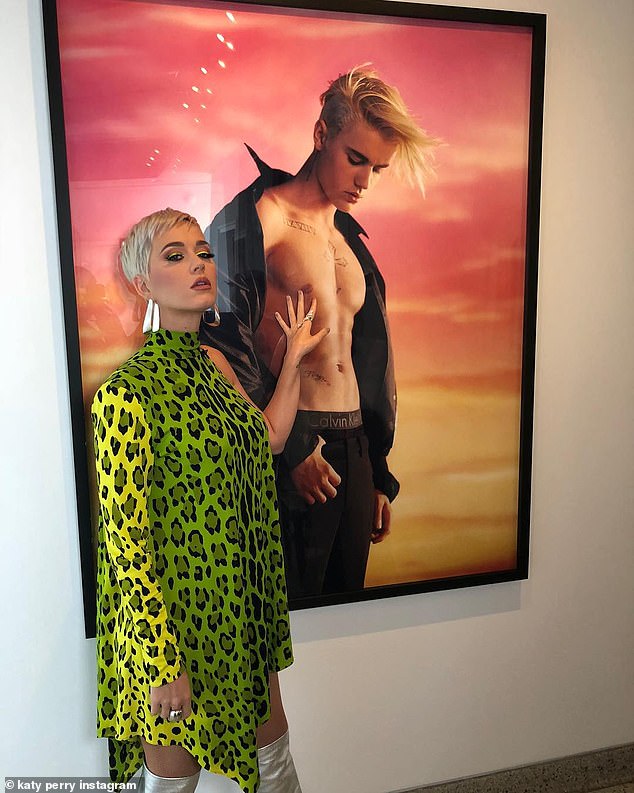 Too much? Orlando Bloom dubs girlfriend Katy Perry ‘thirsty’ as she poses with Justin Bieber picture on her 34th birthday on Instagram

Back in 2014 footage captured the moment Bloom threw a single punch at Bieber during a night out in Ibiza at popular eatery Cipriani.

Shortly after the incident the singer posted a picture of Bloom’s then estranged wife Miranda Kerr, fueling rumors the spat occurred because he went on a date with her while they were still married in 2012. 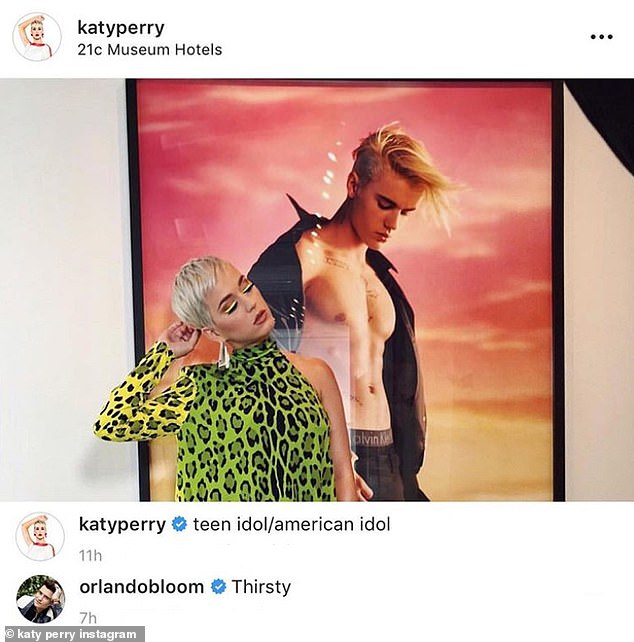 Not impressed: Orlando labelled his girlfriend ‘thirsty’ after she posted a series of sultry shots of herself caressing a poster of the pop star

However that beef is now history, with Bieber a newlywed, Miranda happily married and Orlando said to be ready to settle down with Perry.

The 41-year-old actor first started dating the pop megastar in 2016, but they split a year later, before getting back together earlier this year.

According to a source, the Pirates Of The Caribbean star is feeling ‘very happy’ in his relationship with the Part of Me hitmaker and is feeling ‘like a new person’ as he’s ‘matured’ a lot since the first time they started dating.

The insider told People magazine: ‘He is ready to settle down with Katy. Being with Katy makes Orlando very happy. 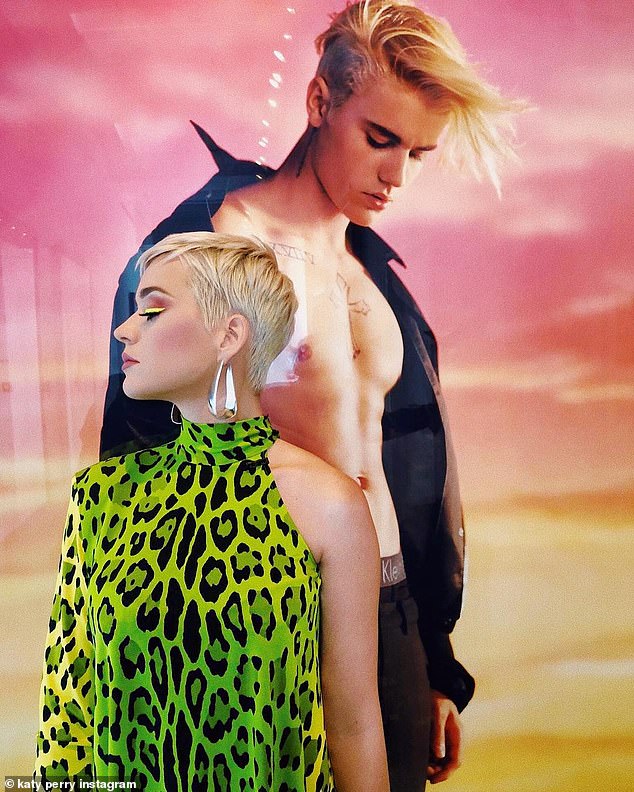 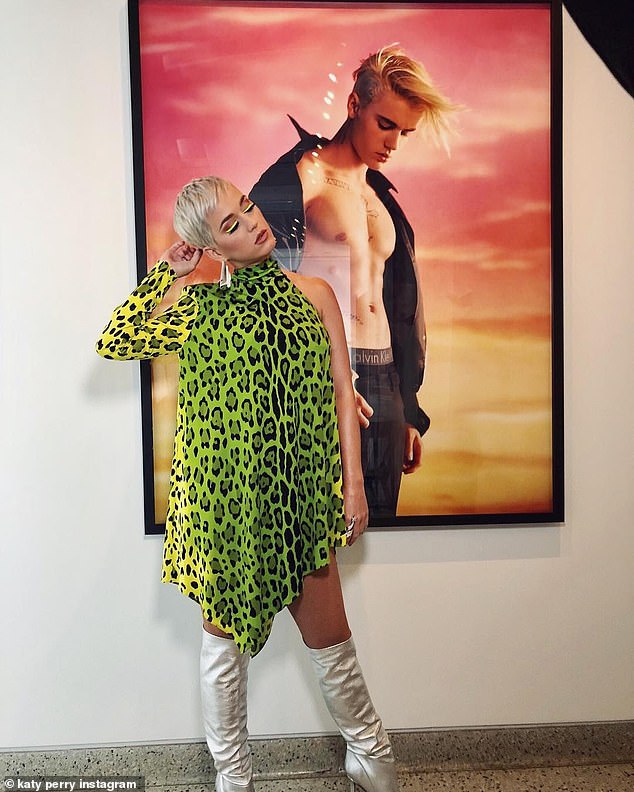 Coupled up: Orlando first started dating the pop megastar in 2016, but they split a year later, before getting back together earlier this year 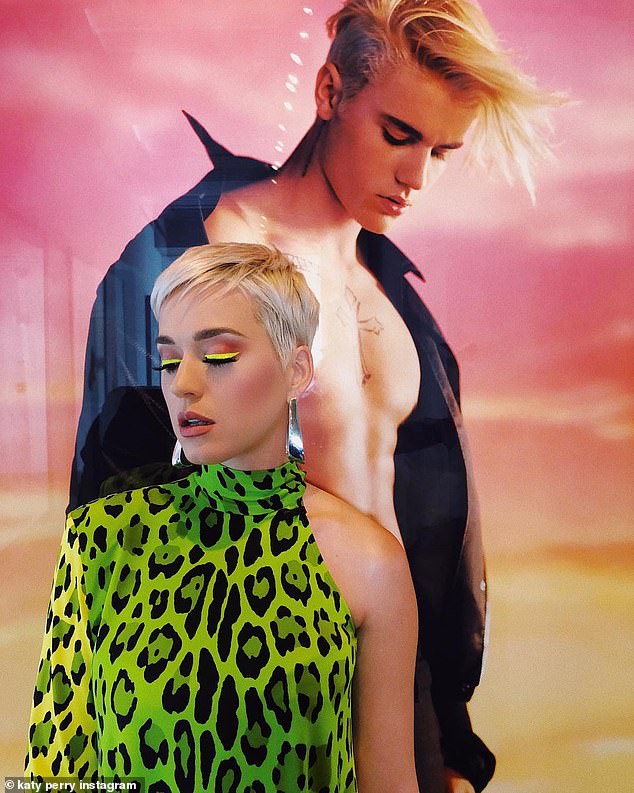 When stars collide: Katy, who was celebrating her 34th birthday, posted the pictures with the caption ‘teen idol/american idol’

‘In the past, he seemed so scattered and unwilling to settle down. He is like a new person now and everyone is excited for him.’

They added: ‘Orlando is in a different place than he was last year. He has matured a lot. He realised that being single isn’t that great after all.

‘His relationship with Katy wasn’t right the first time around, but it very much is now.’

It was previously claimed that the British star is planning to propose to Katy.

A source said: ‘Orlando doesn’t have a ring yet but has been talking about the future. Everyone would be excited if they got engaged. Katy is wonderful. He always said he would absolutely get married again, and it seems Katy could be it. They both seem very happy.’ 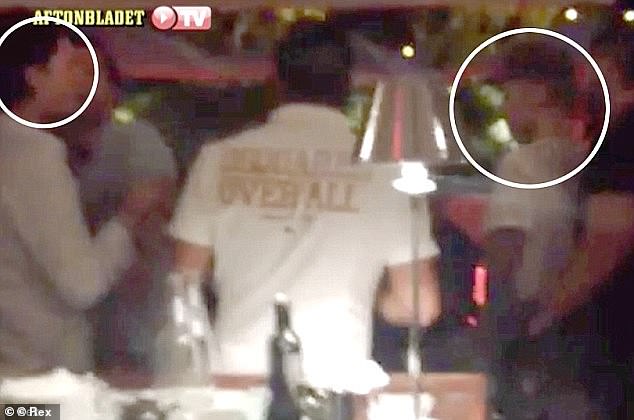 Infamous: Orlando, left, threw a single punch at Bieber, right, during a night out in Ibiza at popular eatery Cipriani in 2014

Whilst the Chained To The Rhythm hitmaker recently admitted Bloom is a ‘great anchor’ in her life.

Katy is grateful her boyfriend provides her with stability and isn’t afraid to let her know when she’s being ‘cuckoo’.

She added: ‘For some reason, I attract people who are really real and call me out on stuff when I’m being cuckoo.’

I'm A Celebrity's Georgia Toffolo and Scarlett Moffatt 'locked in bitter feud'
Homeless man went on £60,000 Tesco spending spree in 167 stores after card glitch
Saido Berahino swears at reporters as he arrives at court on drink driving charge
Matador is gored in the bottom by raging beast at Madrid festival before walking to hospital
Boy with cancer can now livestream his school lessons to his hospital bed
Met chief says there is no need for police to face a criminal probe over 'Nick' investigation
SEBASTIAN SHAKESPEARE: Cara Delevingne's mother is to reveal all about her heroin hell in new book
Ambulance worker's brilliant dog pictures become sell-out calendar that raises £2,000 for charity