This is the adorable moment a mesmerised seal chased an aquarium visitor’s key ring from side to side in a new game.

Keow Wee Loong captured the footage of his wife, Marta Sibielak, playing with the seal at a harbour in Seoul, Korea.

Ms Sibielak was sat outside the glass of its tank, holding a plain black key ring on a lanyard when the seal spotted the object. 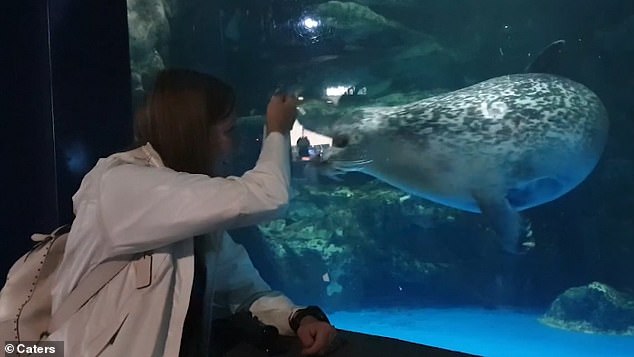 Then, as she began to move it from side to side, the curious seal followed, darting its head across the glass wall.

She then began to raise the object higher up the glass wall – and the little seal floated up in the water alongside it. 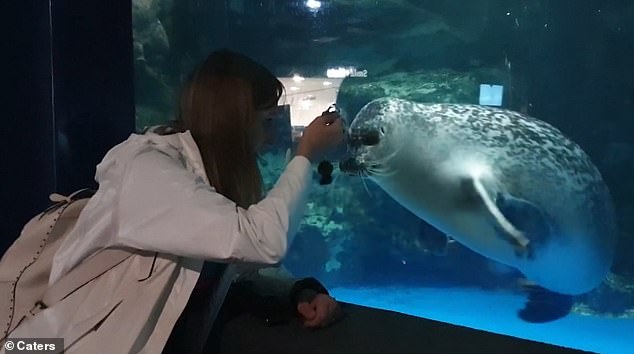 The critter stares at the object in awe as Marta Sibielak continues to move the keyring around at a harbour in Seoul, Korea 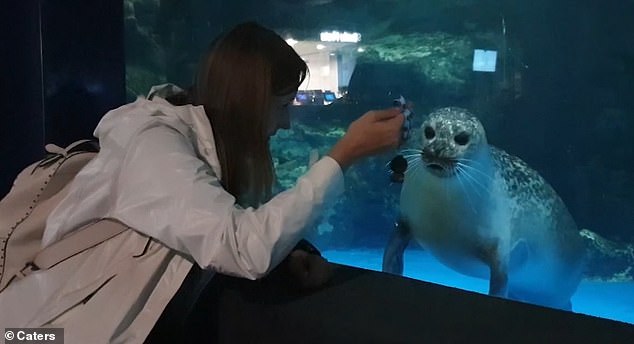 Mr Loong said: ‘My wife was sitting there and the harbour seal swam over to her.

‘The harbour seal started to swim around to get her attention, then it looked at her and my wife start to interact with the seal.

‘They then began to play together.’

Amateur fisherman who reels in a monster 225lb bluefin tuna off the Jersey coast
Boy, two, is fighting for life after being run over by a reversing car in a driveway
Holly's thigh flashing outfits could be why I'm a Celebrity was the biggest show of the year
Animal life evolved 'in bursts' starting millions of years earlier than previously thought
Donald Trump and smiling Melania wave goodbye to Ireland
Prince Harry 'is on guest list' for Google's Italy climate change conference
Mother-of-six dies of pneumonia 'after taking cocaine while pregnant with her seventh child'
SAS soldier quizzed by commanders over 'execution of suspected bomb-maker and three teenage boys'