Real life spies have revealed what it’s really like working for GCHQ, MI5 and MI6, what they thought of Bodyguard and how they cope with terror attacks.

Agents who risk their lives keeping Britain safe say they have to ‘channel their anger’ when terrorists kill innocent people in attacks like Manchester and Bridge.

An MI6 officer called Kate said she loved the recent spy drama Bodyguard but the tensions between police and the intelligence services ‘aren’t true’, in a fascinating interview with ‘s Nihal Arthanayake.

John from MI6 revealed the organisation does actually have a ‘Q’ like the character in James Bond. 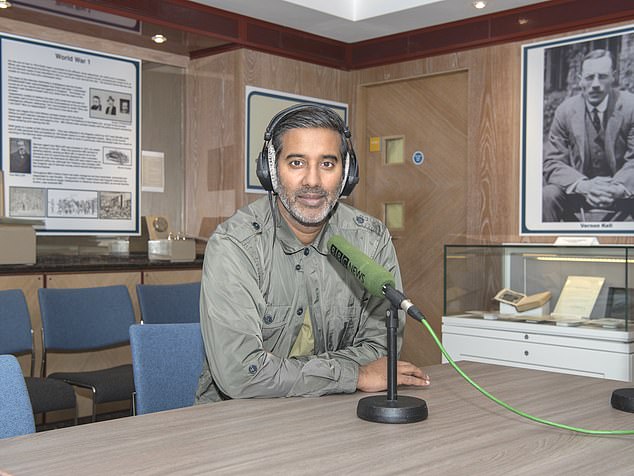 An MI6 officer called Kate said she loved the recent spy drama Bodyguard but the tensions between police and the intelligence services ‘aren’t true’, in a fascinating interview with BBC Radio 5 Live’s Nihal Arthanayake (pictured) 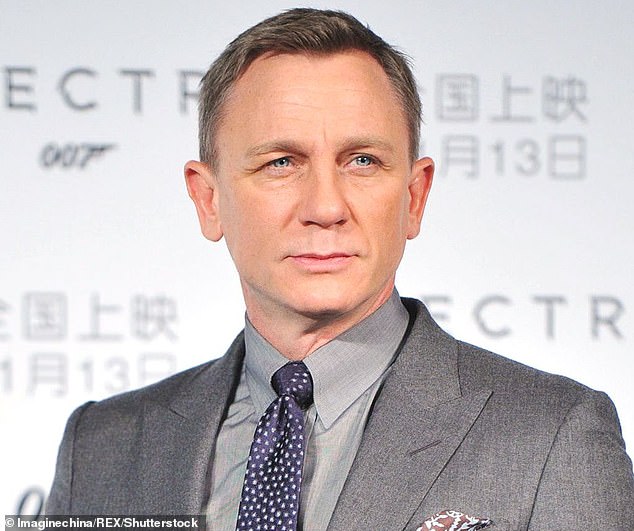 Six spies spoke to BBC Radio 5 Live about the differences between their day-to-day jobs and the spy roles conveyed in films like James Bond (played by Daniel Craig, pictured) 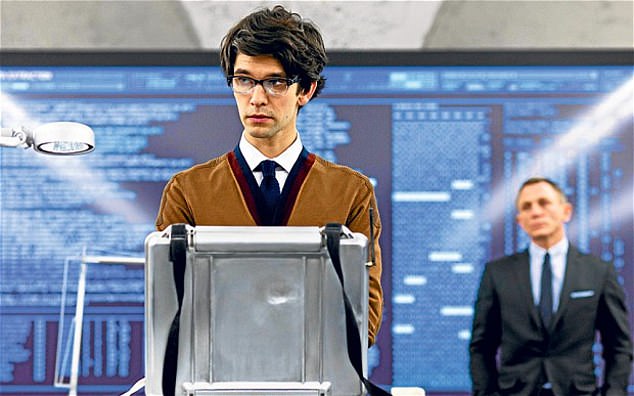 One intelligence officer said that an equivalent of the character ‘Q’ (played by Ben Whishaw, picture) does actually exist within the secret services

Discussing Bodyguard, Kate from MI6 said: ‘I really enjoyed it… I am from a privileged position that I know that that’s’ not true; MI5 and the police get on very well. It’s fun. It’s entertainment, that’s why it’s so popular.

‘Of course its intriguing because it’s based on organisations that are not really that well known about, that’s part of the appeal, but I don’t think I can get too hung up on the inaccuracies, of which there are too many to explain here.’ 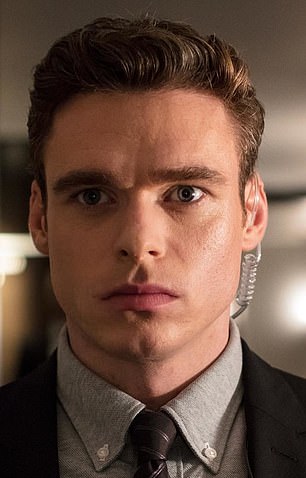 Six spies who work for GCHQ, MI6 and MI5 spoke to the BBC about the portrayal of their job in Bodguard, starring Richard Madden (pictured)

On the BBC’s Killing Eve, which tells the story of a desk-bound MI5 officer, John from MI6 was less convinced: ‘You have to suspend a bit of disbelief. You do look at it and think ‘that’s completely ridiculous’.

‘The only thing that really chimed with it for me where actually there’s some pretty cool use of technology, well we do lots of that in our own work and that sense of teamwork…. The rest of it was a bit ridiculous.’

Ameesha has worked with MI5 for two years and added: ‘I think the acting was incredible. That’s one thing that stood out for me.

‘I really enjoyed Killing Eve. But yeah there are moments where you just wanna, like, smash the TV screen and you’re just like ‘no that’s not true!’

Discussing Bond, John from MI6 added: ‘We do actually have a ‘Q’ – ‘Q’ actually is a real thing.

‘We have some brilliant technologists that supply us with all kinds of gadgets that we use, only our stuff is better than Bond’s!’

The real life spies are divided on who should be the next James Bond. Three of them wanted Idris Elba, two want a woman and one wants Tom Hardy.

Kate from MI6 said: ‘James Bond is a male character. I would like to see him acknowledge and treat his female colleagues better.’

On a more serious note the spies revealed the devastating effect terror attacks have on officers. 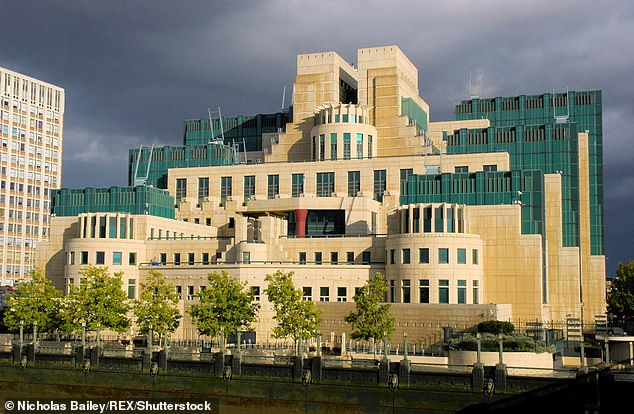 Discussing James Bond, John from MI6 (London headquarters pictured) added: ‘We do actually have a ‘Q’ – ‘Q’ actually is a real thing.’

Jo has worked for MI5 for 15 years, telling the programme: ‘We’re devastated when something like that happens, and you get a real awful sinking feeling.

‘We wouldn’t be human if individually we didn’t think ‘what else could we have done here’.

‘You turn it around. We’ve been trained to deal with these things but you channel your energy into seeing what else you can do, how you can support your colleagues progress your investigations, but it’s a tough time when that happens, no doubt about it.

Another intelligence officer, Dia, who works for GCHQ, said: ‘There’s a lot of anger around when that happens and people channel that anger, they get together and they put all their efforts into trying to address what’s happened and trying to solve and actually go after those who’ve done it.’

The work of the intelligence services is under close scrutiny and demands on the services are growing. 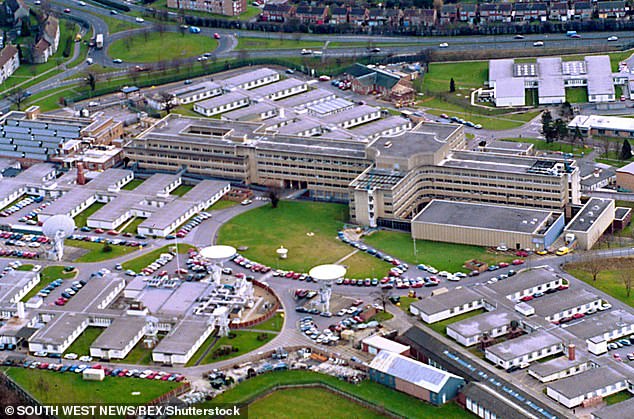 Another intelligence officer, Dia, who works for GCHQ (Cheltenham headquarters pictured) said they have to channel their anger when a terror attack happens

Dia who works at GCHQ told the BBC: ‘It’s really important to acknowledge how many [plots] we have ended up stopping and how many people we have protected, but that doesn’t necessarily always make interesting news.’

Kate says they take it extremely seriously when incidents occur. ‘When bad things happen, we take it so seriously… we get to go to work the next day or sooner, probably, and try and work out how to never let that happen again, and to find out about the people that did [it] and catch them.’

She voices frustration when they are unable to challenge negative press stories: ‘ It’s massively frustrating to not be able to talk.

‘It’s everywhere, the myths about our work, and it’s really difficult because people get the wrong impression.’

John spoke about the trust placed in the intelligence agencies, and the responsibility they all feel. ‘We’re not rogue operators. We’re tasked organisations. 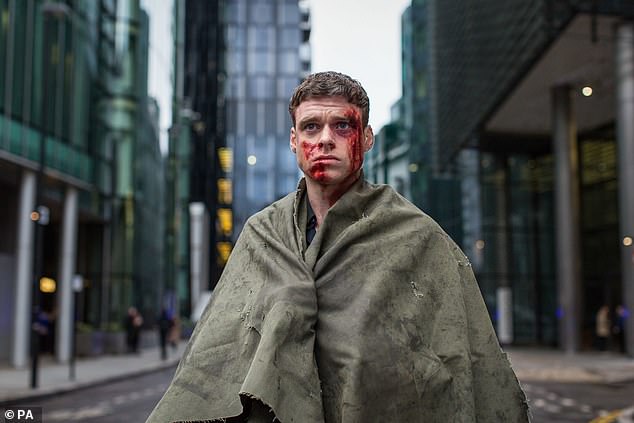 Richard Madden is pictured as PS David Budd in the BBC drama Bodyguard, which real life spies say was ‘good but not real’

‘The elected government of the country gives us our requirements, things we have to find out information about and we do it in line with that, and we’ve got a huge and really welcome oversight, parliament os, legal os, judicial os, which ensures that we operation within our laws, within our values even though we’re having to do difficult, extraordinary, complicated things.’

The officers also talked at length about the ‘intrusive’ six to nine month vetting process for new recruits and which of their friends and family they decided to keep in the dark about their jobs.

John, who has worked overseas with MI6 said: ‘I do think of myself as a spy. That’s our job.

‘We’re here to do espionage, we’re doing it for a good purpose – to keep the country safe and prosperous. I’ve told about five people that in my life.’

Ameesha has worked for MI5 for two years, and though her parents know what she does, they are careful to remain discreet.

She said: ‘I think with both of them they’re happy enough saying that I work for the government, I work for the civil service, and they leave it there. Most people normally switch off at that point.’

The portrayal of spies in the media in shows like Bodyguard and Killing Eve can be ‘completely ridiculous’, the officers added. 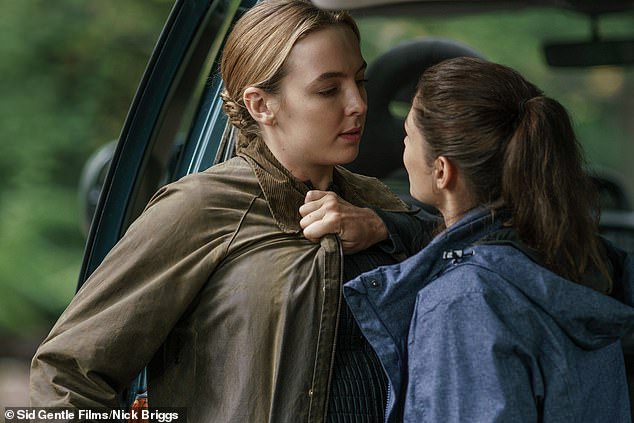 The spies also discussed the portrayal of their jobs in the BBC’s Killing Eve. Jodie Comer is pictured with Olivia Ross in the show

Jo notes that ‘It’s portrayed as if there’s one hero doing all the work and when we watch it we know how far from the truth that is… we would be completely exhausted!’

MI5 linguist Jo adds: ‘If watching one of those programmes gets people thinking ‘I wonder what it’s really like, I’m going to have a look’ … that can only be a good thing.’

On the risks of the job and how it affects spies’ day-to-day life, John added: ‘So you end up with a little bit of heightened awareness about stuff.

‘So you have a slightly different view of your personal security and how you go about behaving and what stuff you might put on online… but actually it’s a tiny number of people out there who wish us hostile intent.’

The interviews with the six spies from GCHQ, MI5 and MI6 will be broadcast on Wednesday’s Afternoon Edition.

Manchester United 'to launch £60m bid for Leicester star Harry Maguire' in January
Glenn Hoddle reveals he 'died for 60 seconds' as his heart stopped while filming a TV show
New Independent Group makes little-known Luton MP its 'convener' but he rules out leadership bid
Sajid Javid tells colleagues he is the only man who can defeat Labour
Jussie Smollett appears tense during a phone call telling a pal 'you have to believe me, I got off'
Police forces most likely to cancel speeding fines REVEALED
Biker, 46, dies after confronting gang stealing his moped in south London
Love Island's richest stars REVEALED as former contestants make up to £4.4 million