Pets can accurately judge the passage of time and know when their owners are late to feed them, a new study reveals.

Newly found brain cells ‘turn on like a clock’ when your pet is waiting for dinner to work out how much time has passed.

Scientists said the discovery provides fresh hope in the battle against Alzheimer’s, a disease that hampers memory and navigation.

It is believed these skills are closely linked with the neurons found by the team, and analysing these cells in Alzheimer’s patients could shed new light on the disease. 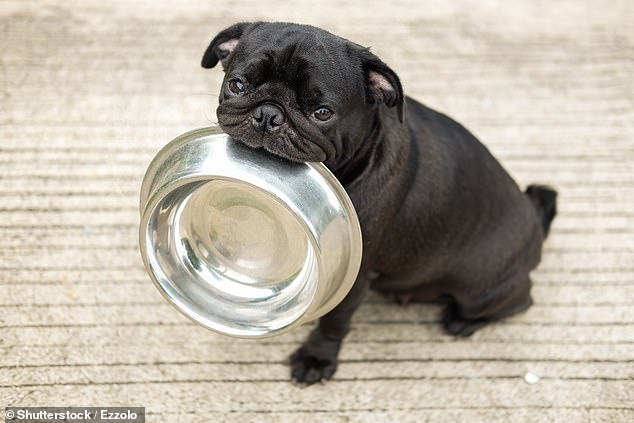 HOW DO ANIMALS TELL THE TIME?

In the experiment researchers focused on the medial entorhinal cortex.

The cortex is an area located in the brain’s temporal lobe that is associated with memory and navigation.

It encodes spatial information in episodic memories and scientists realised it could also retain time.

Scientists believe the neuron cells encoded how much time had passed in the experiment.

The ‘timing cells’ allowed the mice to remember how long they needed to wait for the door to open.

Scientists at Northwestern University in Illinois found that the medial entorhinal cortex, which is linked to memory and navigation, can also encode periods of time.

Memories are attached to a particular environment but also come with a sense of how much time has elapsed, they said.

In the experiment, mice were trained to run down a hallway towards a door which opened after six seconds.

Researchers made the door invisible in a virtual reality setup, but the mice still knew to wait six seconds before dashing through it.

James Heys, one of the scientists, said: ‘The important point here is that the mouse doesn’t know when the door is open or closed because it’s invisible.’

Researchers were able to remove sensory cues such as the sound of an opening door using virtual reality, meaning animals had to rely on time.

Daniel Dombeck, who led the study, said: ‘Does your dog know that it took you twice as long to get its food as it took yesterday? There wasn’t a good answer for that before.

‘This is one of the most convincing experiments to show that animals really do have an explicit representation of time in their brains when they are challenged to measure a time interval.’

He said: ‘As the animals run along the track and get to the invisible door, we see the cells firing that control spatial encoding. 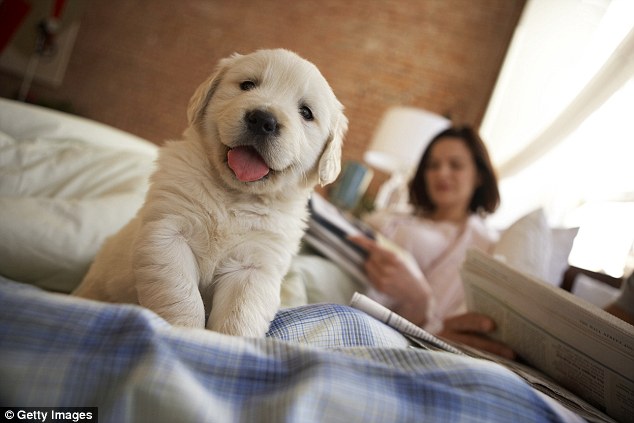 Pets can accurately judge the passage of time and know when their owners have are late to feed them, the study reveals (stock image)

‘Then, when the animal stops at the door, we see those cells turned off and a new set of cells turn on. This was a big surprise and a new discovery.’

Experts believe the new research on time and memory could help achieve a medical breakthrough for humans.

‘Perhaps this is because they are losing some of the basic functions of the entorhinal cortex, which is one of the first brain regions affected by the disease.

‘This could lead to new early-detection tests for Alzheimer’s.

‘We could start asking people to judge how much time has elapsed or ask them to navigate a virtual reality environment – essentially having a human do a ‘door stop’ task.’

The research was published in the journal .

Boris Becker enjoys a beer at Oktoberfest
Jeff Flake and Susan Collins slam Trump for 'appalling' rally rant mocking Christine Ford
At least six people are injured after a jet way collapses at Baltimore airport
Atlanta rapper 21 Savage is being 'intimidated' by ICE into leaving the U.S.
Rapper Kodak Black 'arrested at U.S border on drugs and weapons charges'
Syrian girl, nine, begs world leaders to end the conflict so she and other refugees can go home
'Masturbation helps you sleep!' Self-help claim by German health insurer goes viral
Baby girl was born without an anus and doctors didn't notice