And now Nicky Whelan, 36, has spoken about how she ‘started her life again’ in the wake of their split last year.

Marking one year since their split, the former Neighbours star took to on Monday to reflect on how her divorce had impacted her life: ‘I thought that I had lost everything – but in fact I had gained more love for myself than ever before.’ 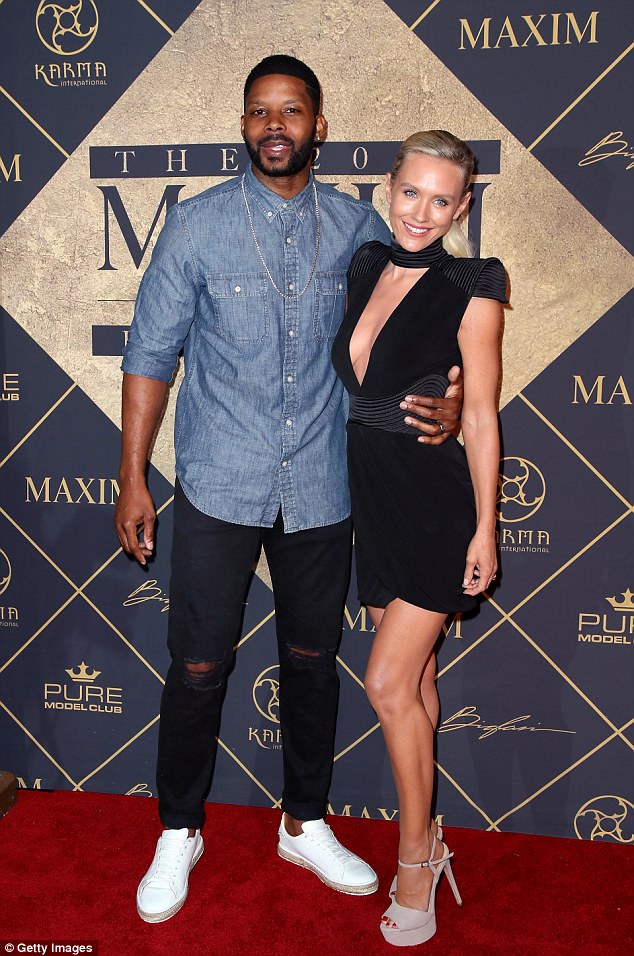 ‘I thought that I had lost everything – but in fact I gained more’: Nicky Whelan (R) reflects on ‘starting her life again’ at 36 following split from husband Kerry Rhodes (L) one year ago (Pictured together in June, 2017)

‘This time last year I walked away from my entire life with yoda (her pet pooch) under my arm. I started my life again at 36,’ she began the lengthy post.

‘I have lost friends – but made hundreds of new ones. I have cried on my knees – but also laughed harder than I ever have in my life,’ Nicky candidly wrote.

Reflecting on her own personal journey, she told fans not to worry about bad days, take chances, ‘enjoy the roller coaster’ and ‘say “f**k it” on a daily basis’, because ‘so much can happen in one year’. 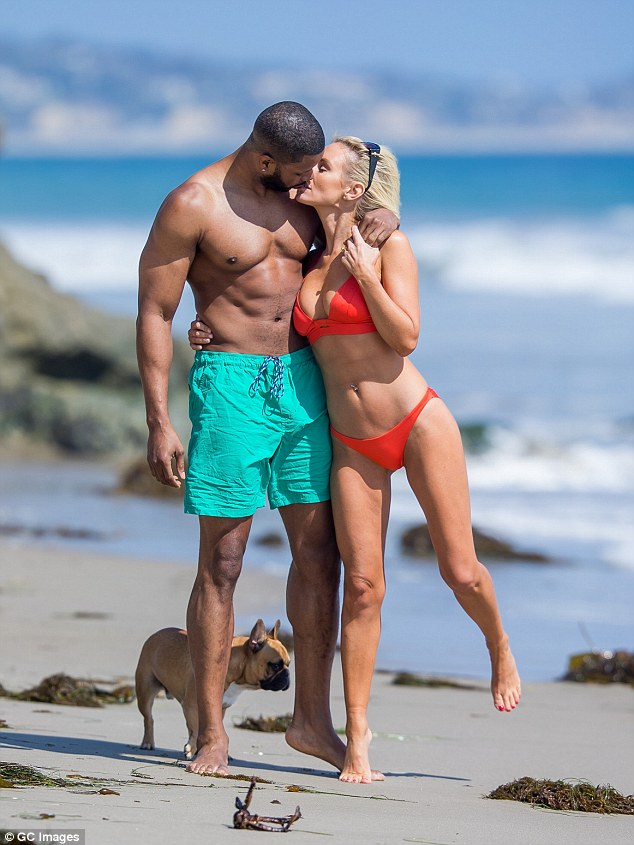 ‘I walked away from my entire life with yoda (her pet pooch – pictured) under my arm’: The Australian actress (R) revealed how she started fresh after leaving ex-husband Kerry (L) (Pictured in May, 2017) 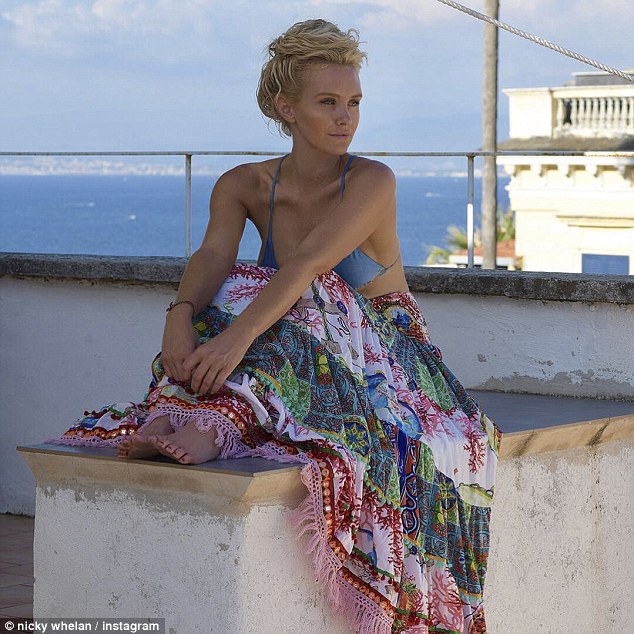 ‘I have cried on my knees – but also laughed harder than I ever have in my life’: Nicky shared the lengthy post to reflect on the year since their split (Pictured in October, 2018)

Nicky proudly documented her greatest achievements and pleasant moments from the past year to illustrate her point.

‘In this past year I have been to Australia three times, I’ve had two television spots, I have been the lead actress in FIVE movies, I have traveled through all of Italy, I have filmed in four different states in the USA, and I spent a month in Thailand surrounded by magic,’ she listed her positive memories as a single woman.

‘Everything will keep changing whether you like it or not. You might find yourself looking back over your past year and smiling like I am right now.’

She even hinted that she’s ‘loved again’ since her split from Kerry. 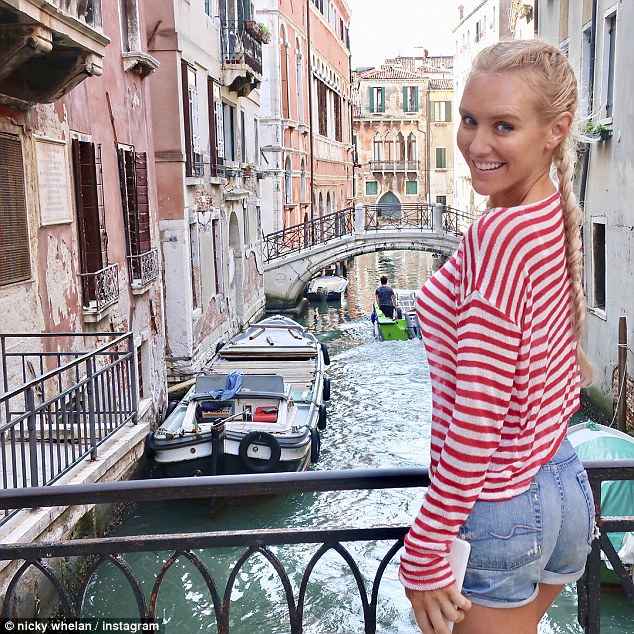 ‘So much can happen in one year’: From travelling, career opportunities and newfound friendships, Nicky proudly documented her greatest achievements and pleasant moments from the past year to illustrate her point in the post (Pictured in Italy in September, 2018) 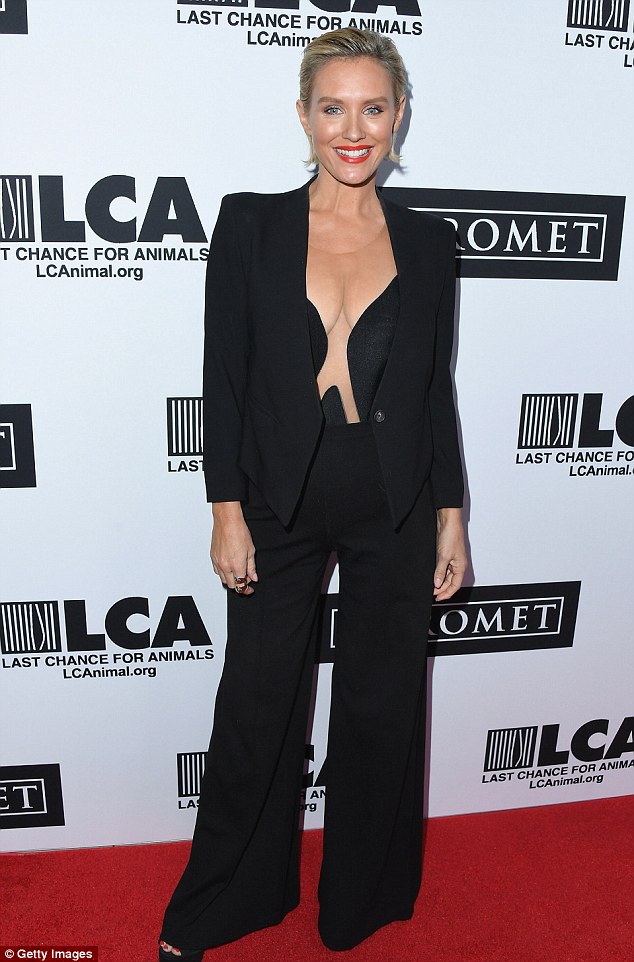 ‘I can confirm that I have left him,’ Nicky told Daily Telegraph in October, 2017.

She continued at the time: ‘But other than that I am not willing to comment any further, because anything else I say is going to make things tricky.’

The pair met while filming a comedy sketch in Los Angeles back in 2015 and became engaged in 2016.

Tying the knot at the glamorous Beverly Hills Hotel on April 15, 2017, the couple’s shock split came months after they said ‘I do’. 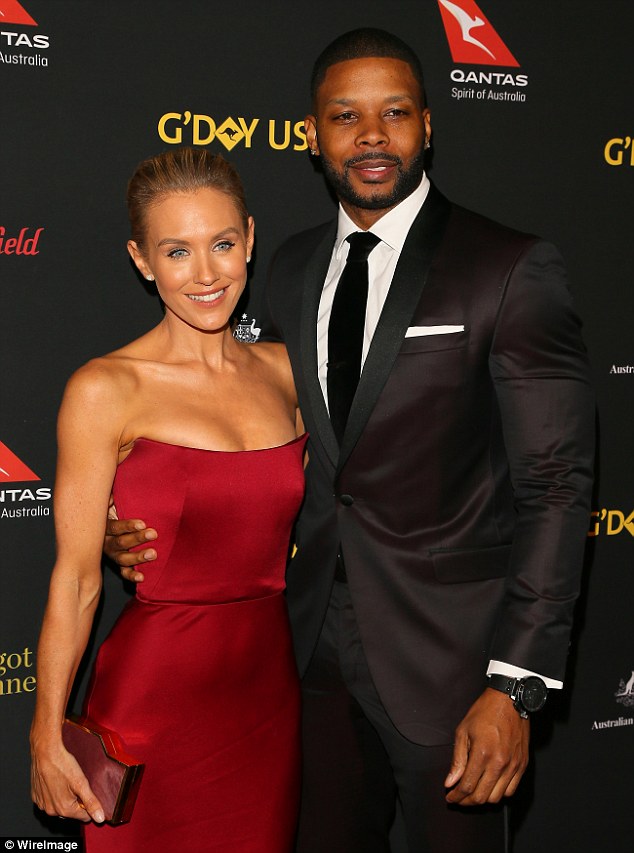 ‘I have left him’: The former Neighbours star announced she had left her NFL player husband Kerry last October after just six months of marriage (Pictured in 2017)

Storm Erik causes 'risk to life' warnings and rush hour chaos due to furious 80mph gales
Chaos on a Qantas flight from Bali to Sydney
Britain will fall into recession if there is a No-Deal Brexit
Dominic Cummings thinks PM will thrive despite constant scandals
Gwyneth Paltrow under fire for 'leanest liveable weight' goal that appeared on her lifestyle website
Veteran COLLAPSES on Antiques Roadshow after being told his Rolex is worth up to $700k
Coronavirus Outbreak: The Boat Race and Grand National are CANCELLED
Electric vehicle charging devices outnumber petrol stations two to one