A 21-year-old man who does not attend the University of California, Los Angeles has been arrested in connection with a sexual assault at a party off-campus.

The man showed up at the campus police station and was booked for sexual penetration. 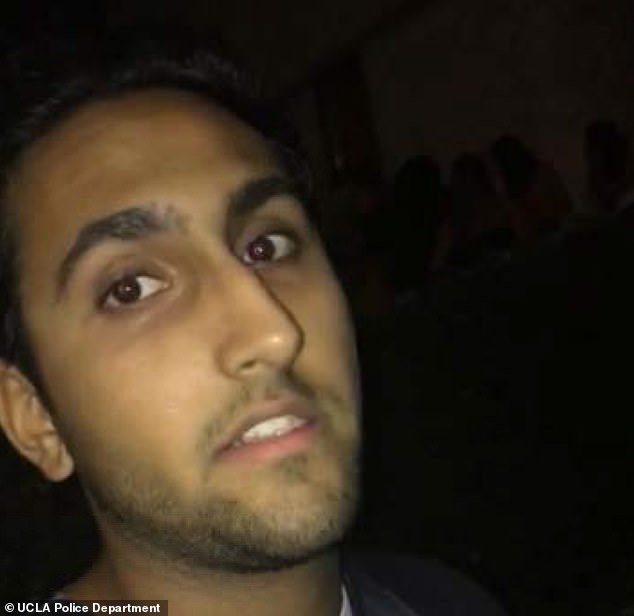 Nima Bendavood, 21, surrendered to detectives Saturday afternoon at the campus police station after being accused of sexually assaulting a woman 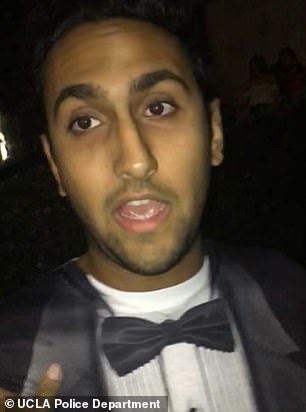 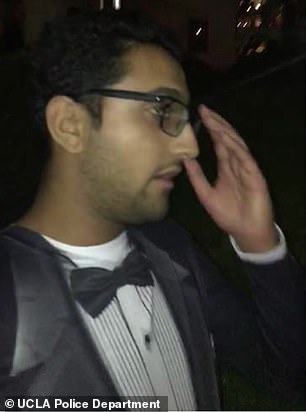 He is currently being held at the Los Angeles County Jail on $100,000 bail, police said in a statement.

Bendavood is due to appear in court Wednesday, reports .

The victim, a student whose age has not been disclosed, told UCLA police the incident occurred just before 12.30am on October 12 at a fraternity bash in the Westwood neighborhood.

She did not know the man prior to the incident.

A report was filed about 12 hours after the alleged assault in the 600 block of Gayley Avenue. 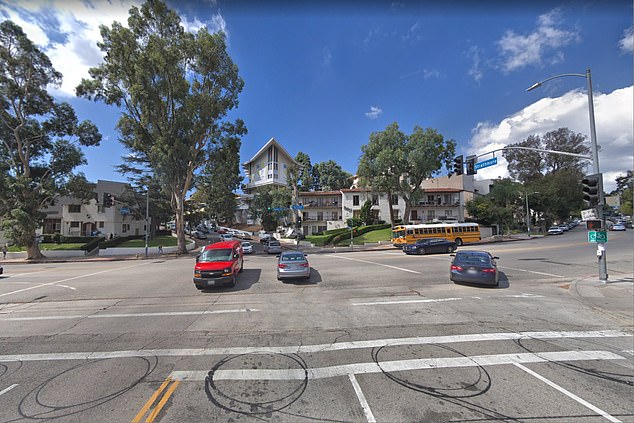 Police said they are not releasing the name of the fraternity where the assault took place at this time while they are still investigating the incident.

During the manhunt, it was said the suspect was believed to be of Persian or Indian descent.

He had a short beard on the night of the alleged attack, when he was seen wearing a T-shirt with a tuxedo photo on it and black pants.

Photographs were shared by a Good Samaritan that who at the gathering, Lieutenant Kevin Kilgore said.

They used their cellphone to snap the man after hearing details of the assault.

Rita Ora vamps it up in all-black as she joins an effortlessly chic Kate Moss for dinner in London
Kenton widower with emphysema has his benefits slashed in half by Department for Work and Pensions
Lucy Yorke-Long gets engaged to Duke of Beaufort Bobby Worcester
Ex-Tory leader Michael Howard says judges 'distort' the law
Pret and McDonald's give away free hot drinks to NHS staff
North Carolina company is making a coronavirus test that can deliver results in just 30 MINUTES
Protesters in San Francisco rip down statues of Ulysses S. Grant and Francis Scott Key
Pictured: Third well searched by Portuguese divers for the body of Madeleine McCann