As the Liberal Party faces disaster with a likely defeat in Wentworth after Saturday’s by-election, supporters are looking for someone to blame.

New Prime Minister has been the subject of criticism after a leadership spill usurped former PM , a fan favourite in the electoral division.

Mr Morrison said the loss of Wentworth was a ‘big price’ to pay for his victory in the most recent leadership coup, with many angry voters calling for an early federal election.

As members of the public stormed the polls on Saturday afternoon, they were bombarded by cardboard cutouts of the former leader, accompanied by the words ‘Where’s Malcolm?’

However, Mr Turnbull subtly made his presence known, liking a suggestive Tweet made by independent Dr Kerryn Phelps’ supporters. 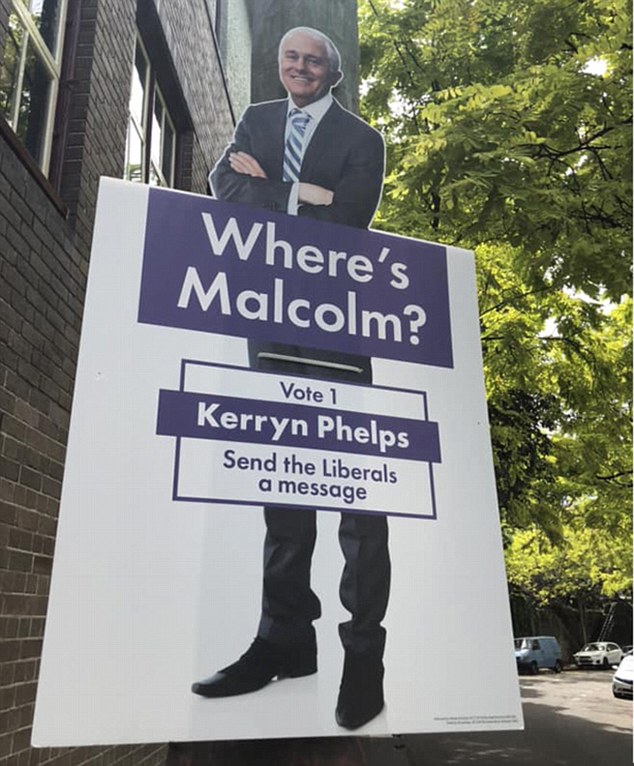 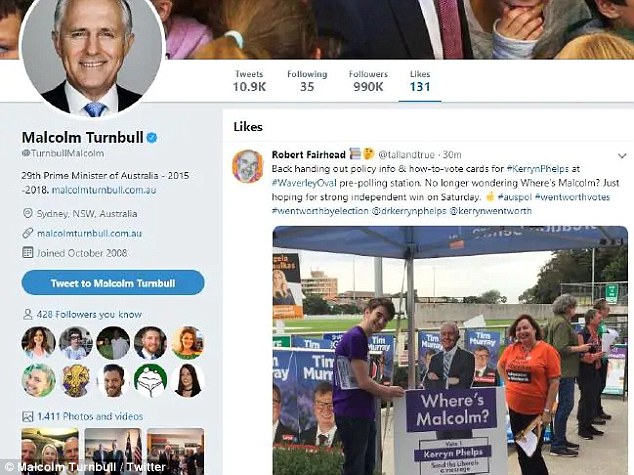 The like was swiftly undone, but not before a screenshot captured it.

In it, Dr Phelps’ supporters say they are ‘no longer wondering’ where Mr Turnbull is, but rather ‘hoping for a strong independent win’.

Supporters of independent Dr Phelps, who initially was deemed the winner of the by-election only 90 minutes into the counting of the votes, have used Mr Turnbull’s absence from the political scene as fuel for their agenda.

He has remained quiet in the weeks leading up to Saturday’s crucial by-election, adamantly not voicing support for party leader Mr Morrison.

Dr Phelps’ supporters used Mr Turnbull’s silence as evidence that Mr Morrison doesn’t even have the confidence of his predecessors. 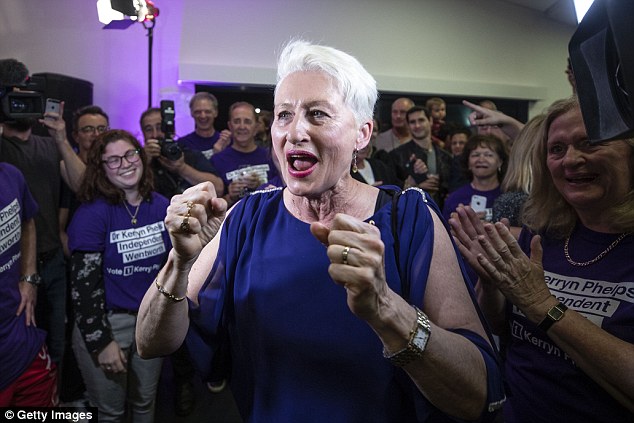 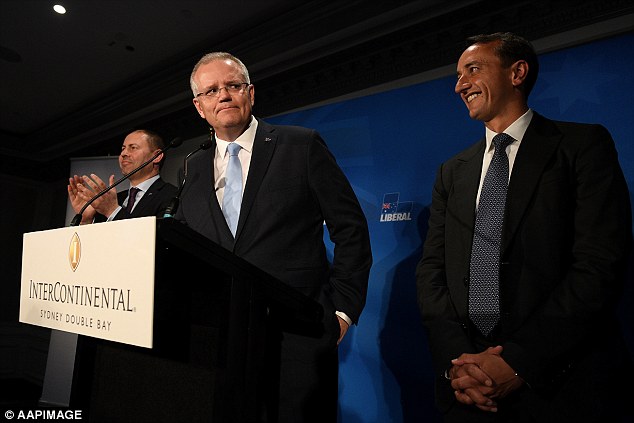 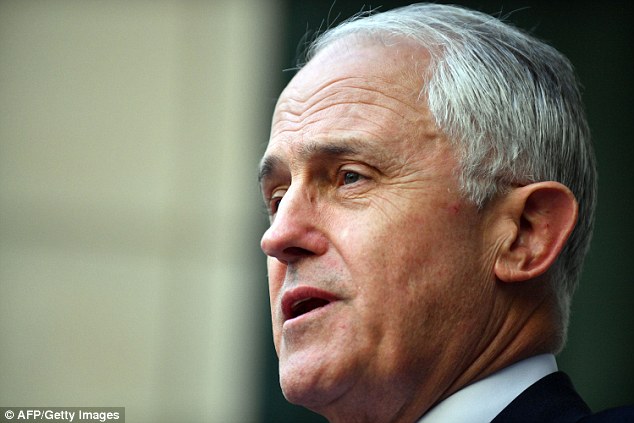 Mr Turnbull held a commanded lead in the popularity vote in Wentworth before he was axed.

In a two-party preferential vote had Liberal leading by nearly 18 per cent under Malcolm Turnbull.

But a monumental 23 per cent swing saw his former party concede the seat in dramatic fashion.

Not all hope is lost for Mr Morrison, however, with more than 1,000 postal votes yet to be counted.

The most recent update has an 884 vote gap between the two parties, but a recount will be ordered if the final count comes within 100 votes.

Dr Phelps still remains the favourite, but analysts are saying the overnight catch-up could be indicative of how the rest of the count will go. 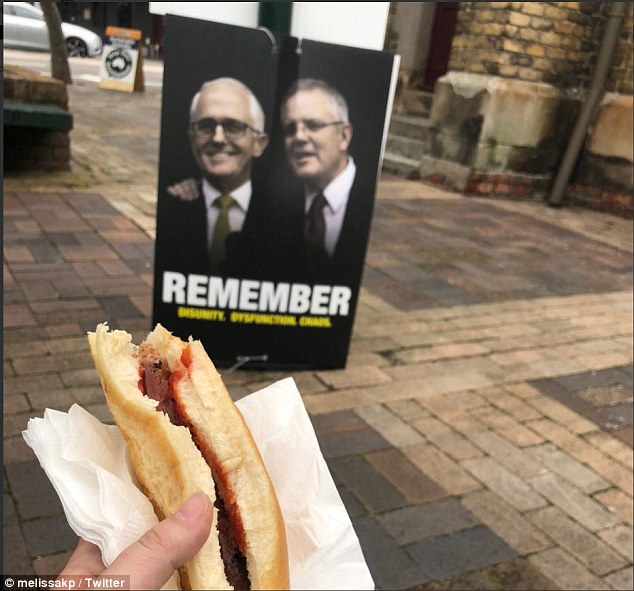 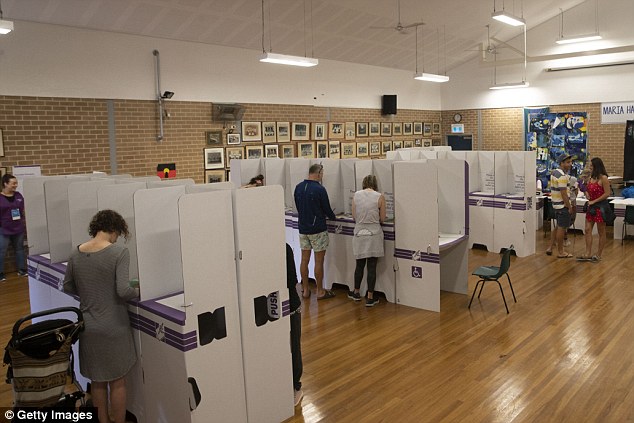 One voter used their ballot paper to write an indignant message, saying they liked Mr Turnbull

Another voter used their ballot paper to voice their indignation, invalidating their vote to voice their belief Mr Turnbull should still have been in power.

In each of the boxes where voters list their preference in candidates from, one voter instead left a personalised message.

Along the side of the ballot, he repeated the sentiment with a bit more flair.

‘Bring back Malcolm Turnbull! You muppets!’ the message on the side of the ballot paper reads.

Before he seized control in the leadership spill, Mr Morrison had infamously called his own party a ‘Muppet show’.

The anonymous author’s vote would not have counted against Liberal candidate Dave Sharma.