The rich and famous descended upon a gloriously sunny racecourse at the eighth QIPCO British Champions Day at Ascot today.

As leading jockeys, trainers and owners from Europe attended in their masses the day also saw other well known celebrities attend the prestigious sporting event.

, dressed in a flattering blue ensemble, was seen arriving at the stunning Ascot racehorse in Berkshire to watch the events unfold before presenting the prize in the Queen Elizabeth II Stakes. 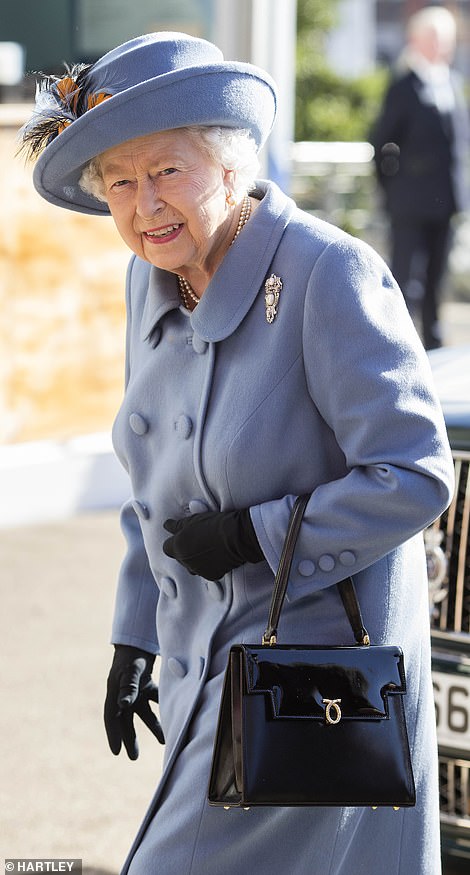 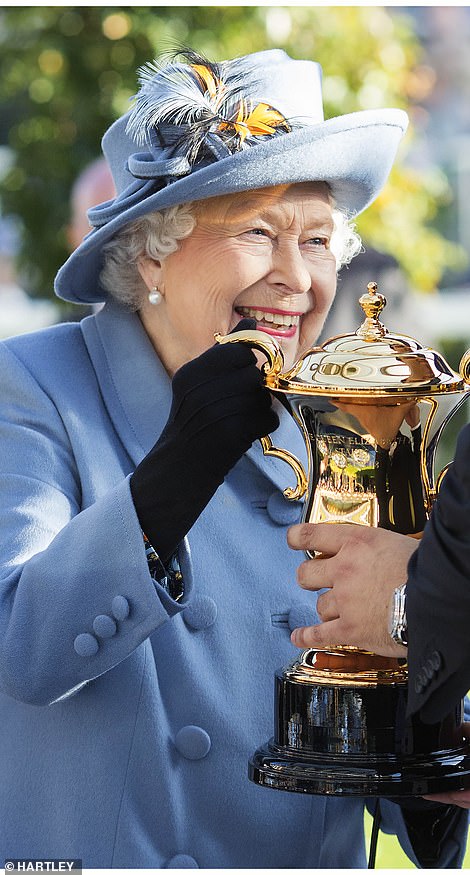 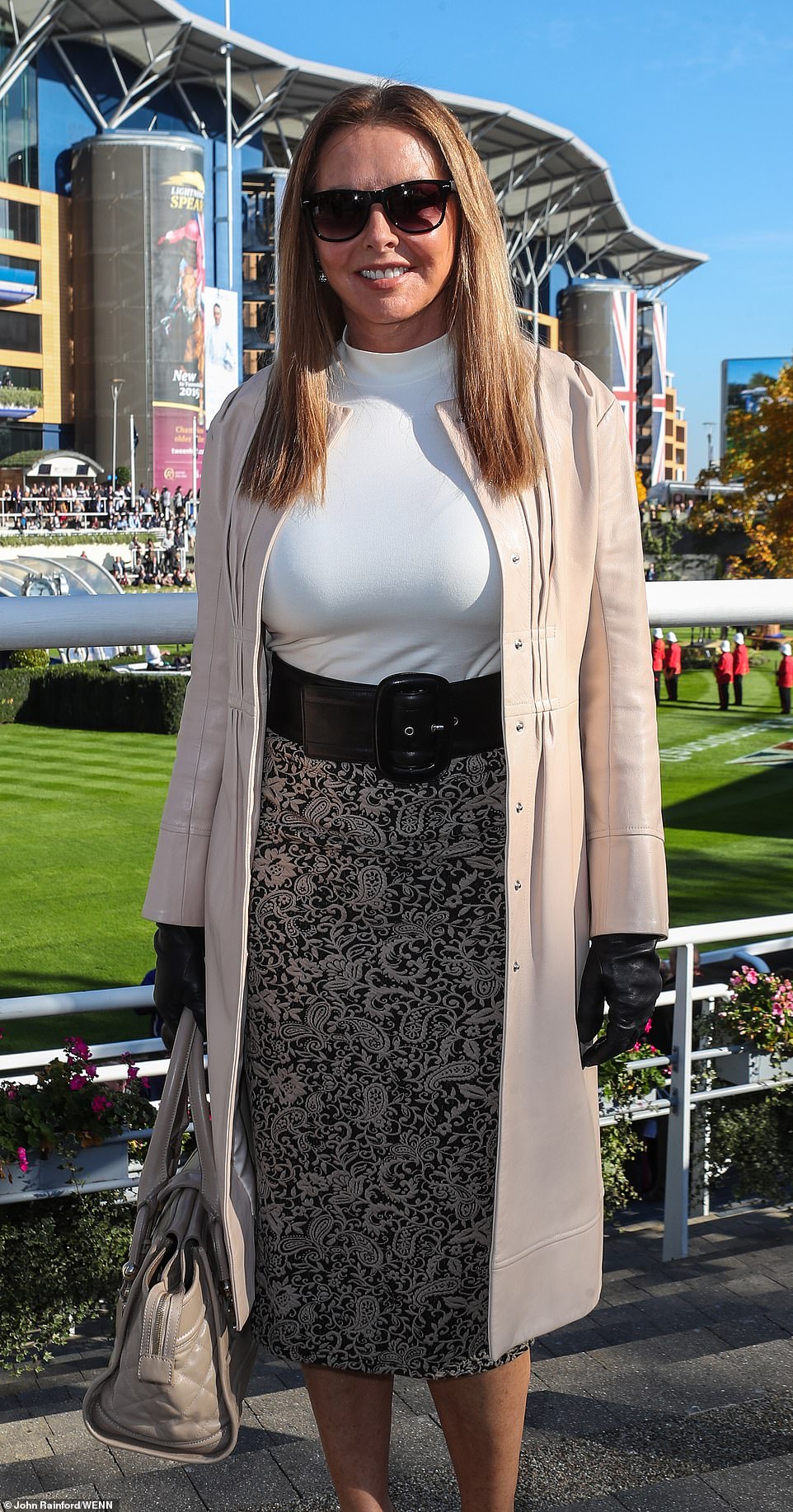 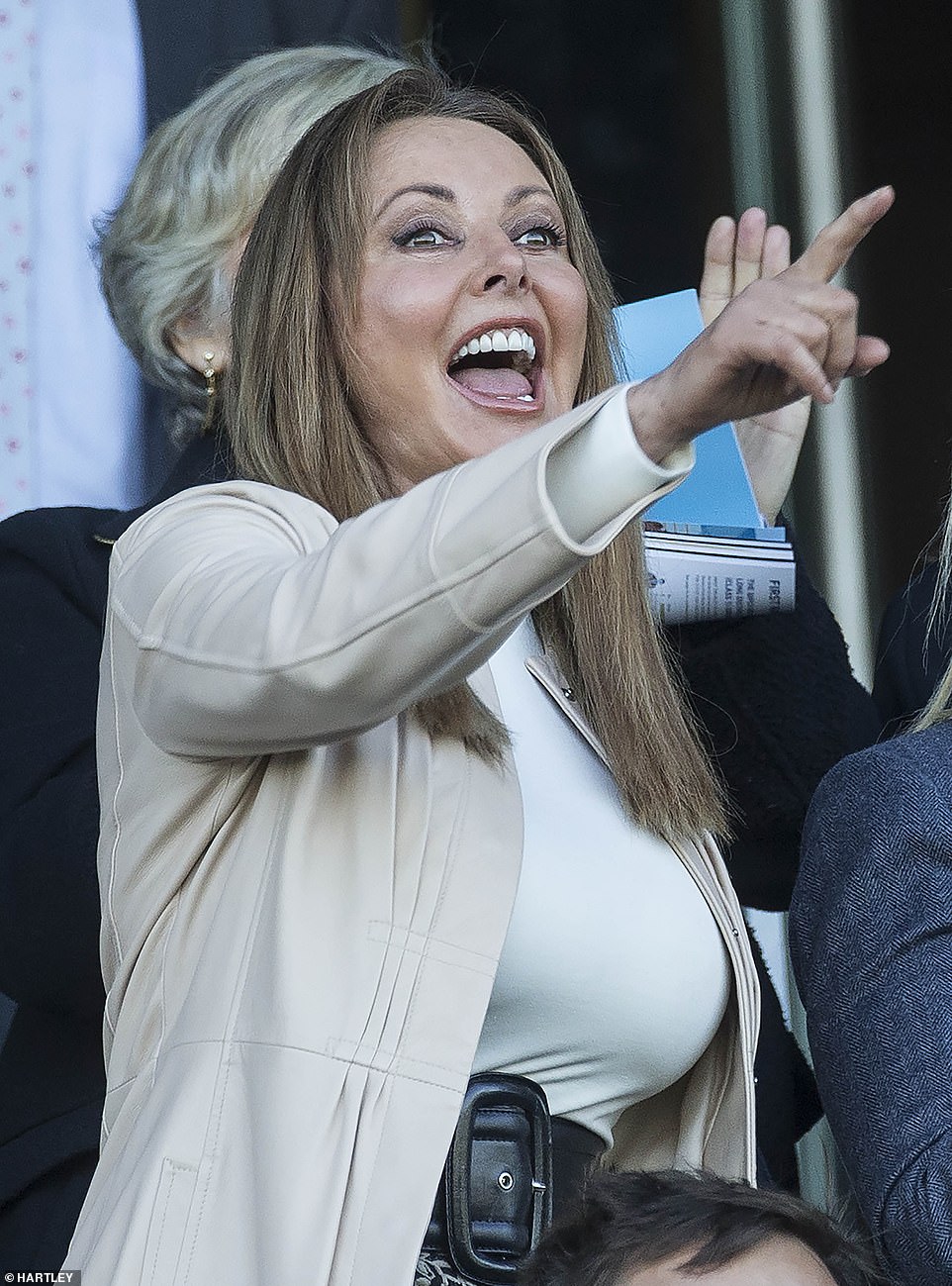 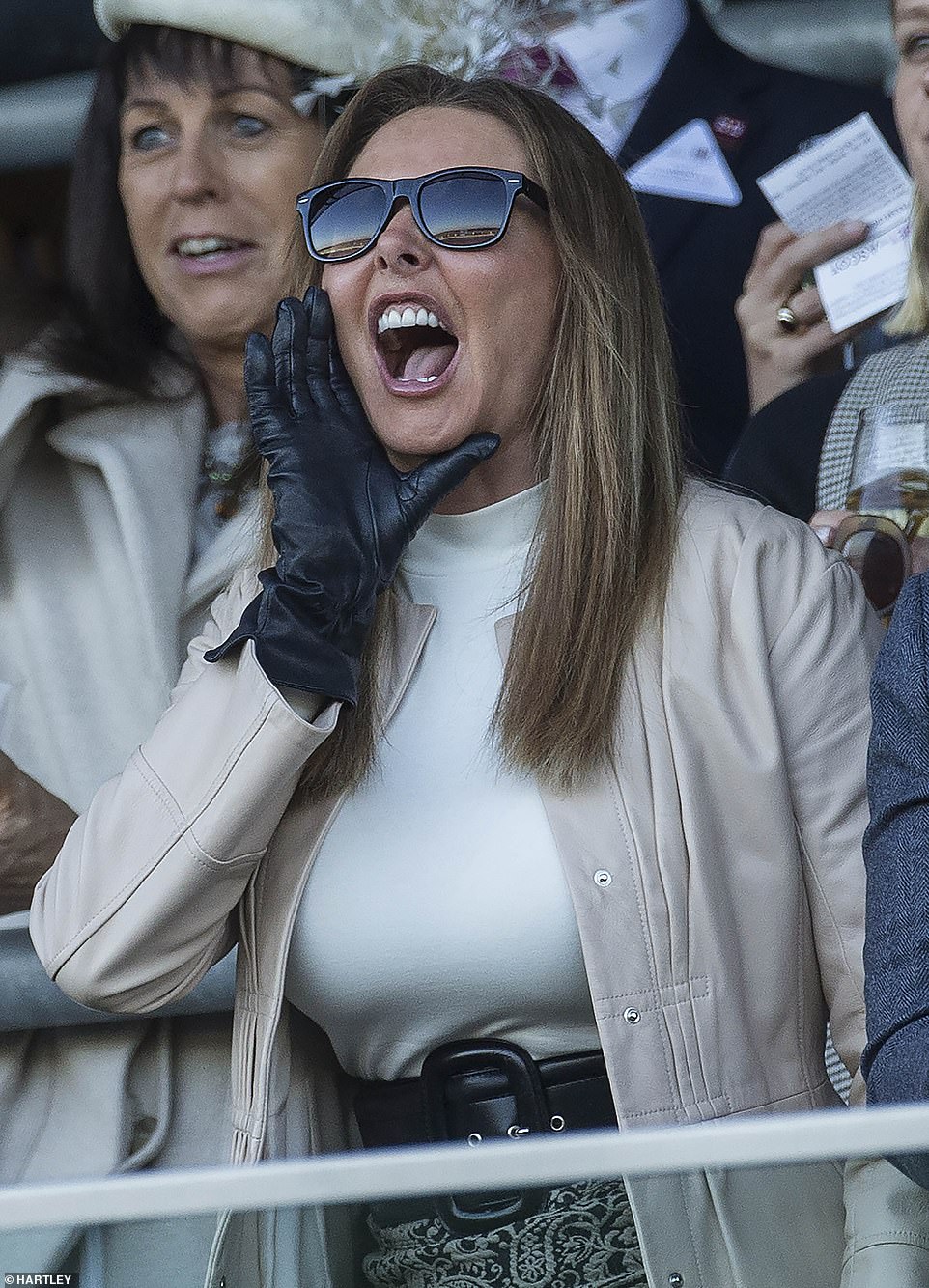 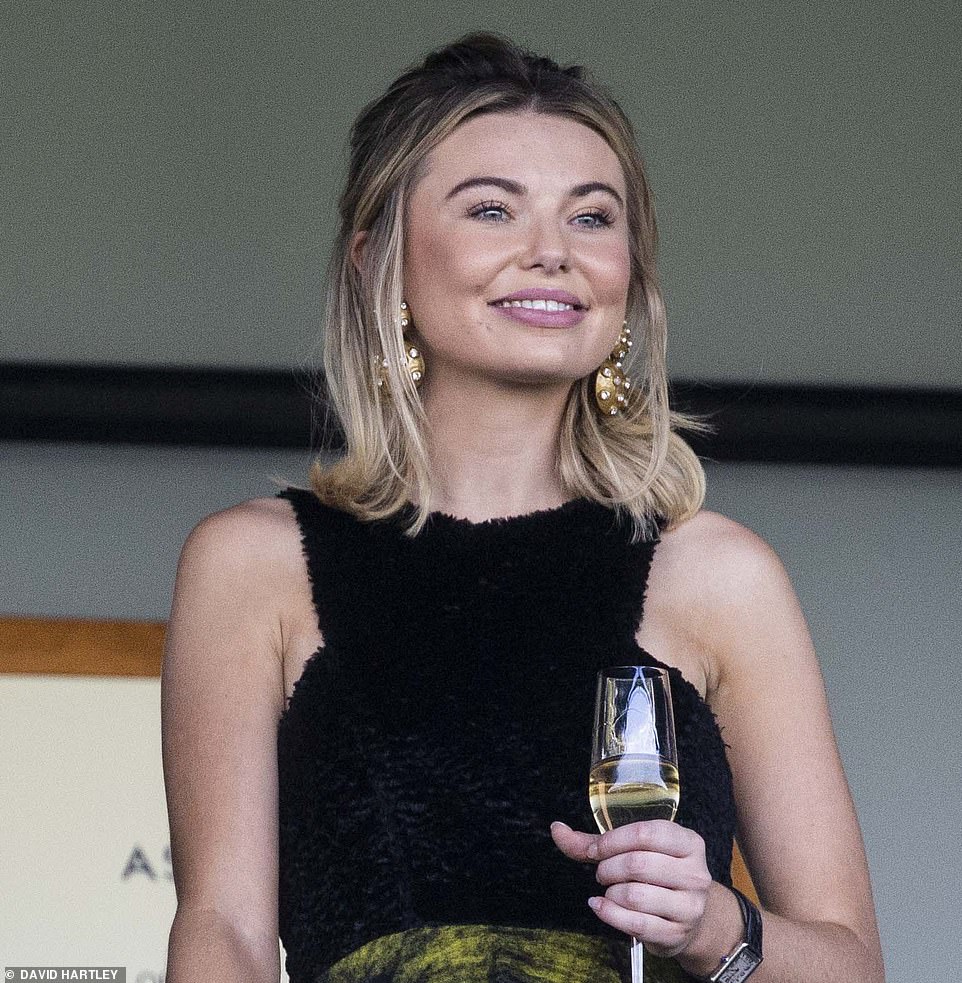 Carol Vorderman was also at the British racing event sporting a slick cream coat, pencil skirt and gloves as she posed for the cameras.

The presenter was seen cheering on Italian racing jockey Frankie Dettori as he won the QIPCO British Champions Long Distance Cup on Stradivarius.

Also among the famous faces was Made in Chelsea’s Georgia Toffolo who was spotted enjoying a glass of champagne as she watched the finale unfold from a VIP balcony. 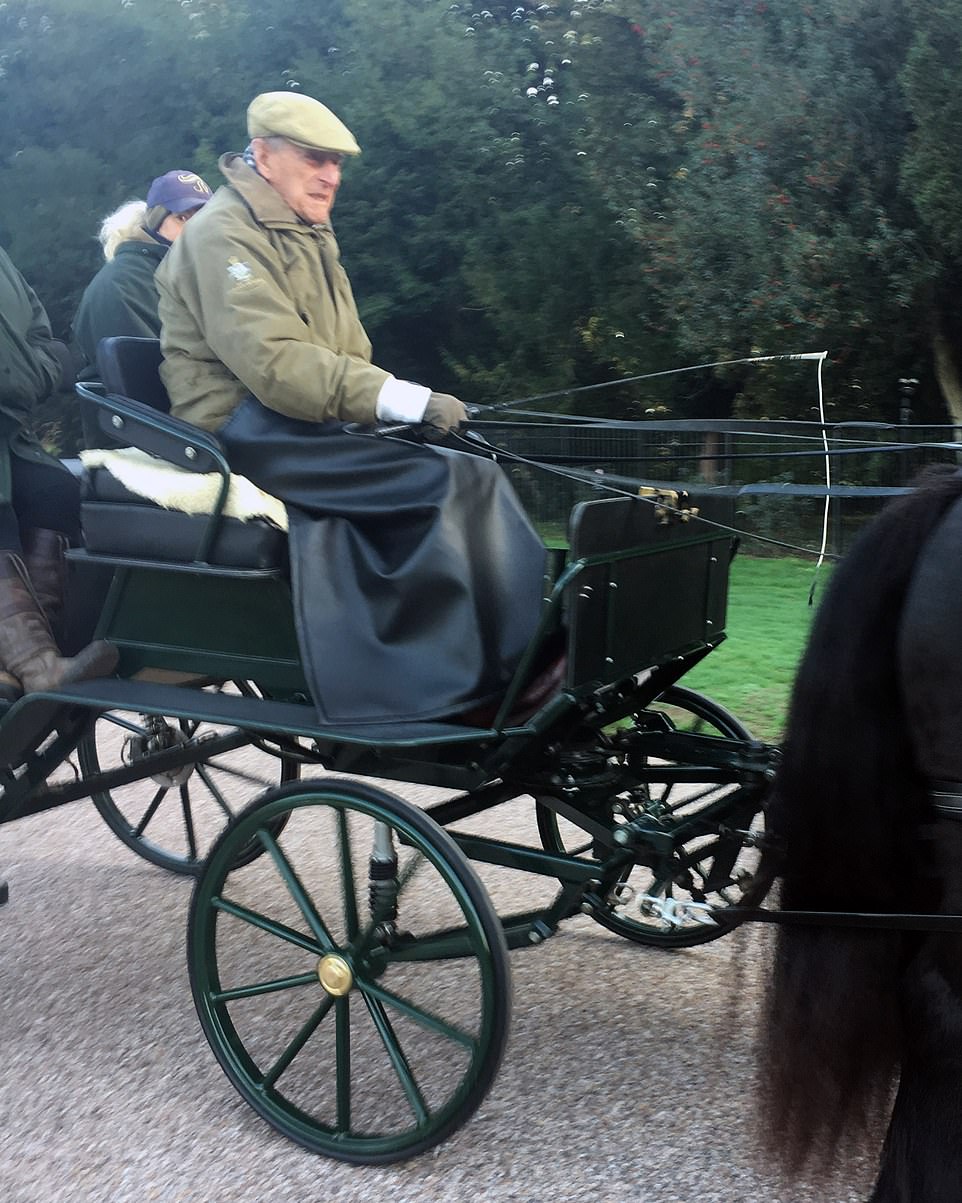 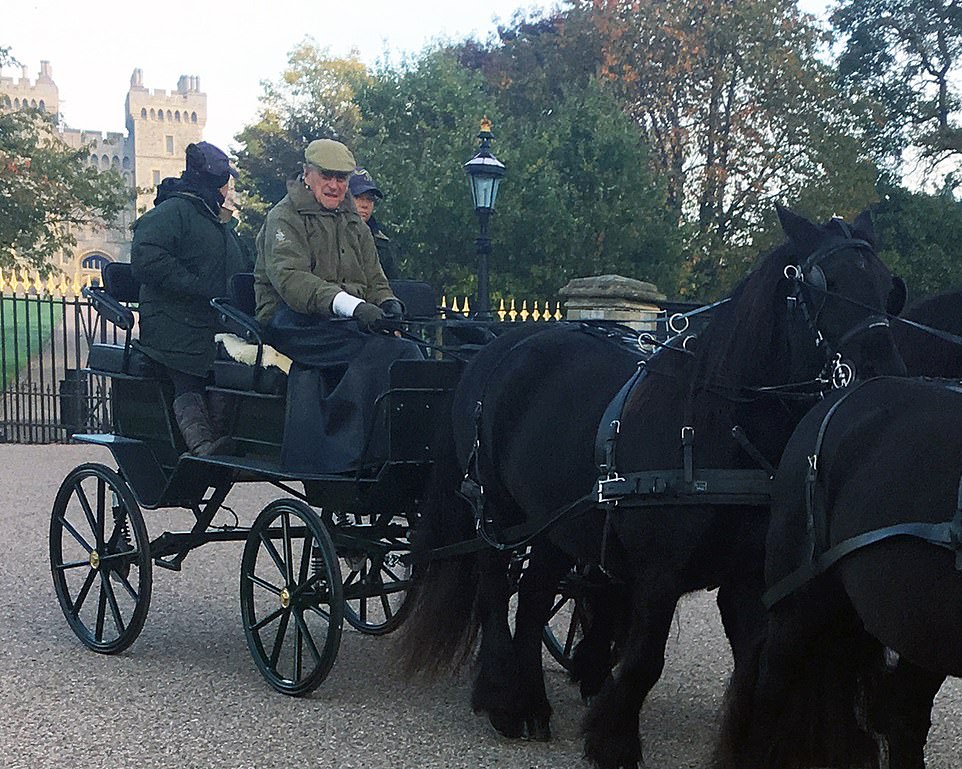 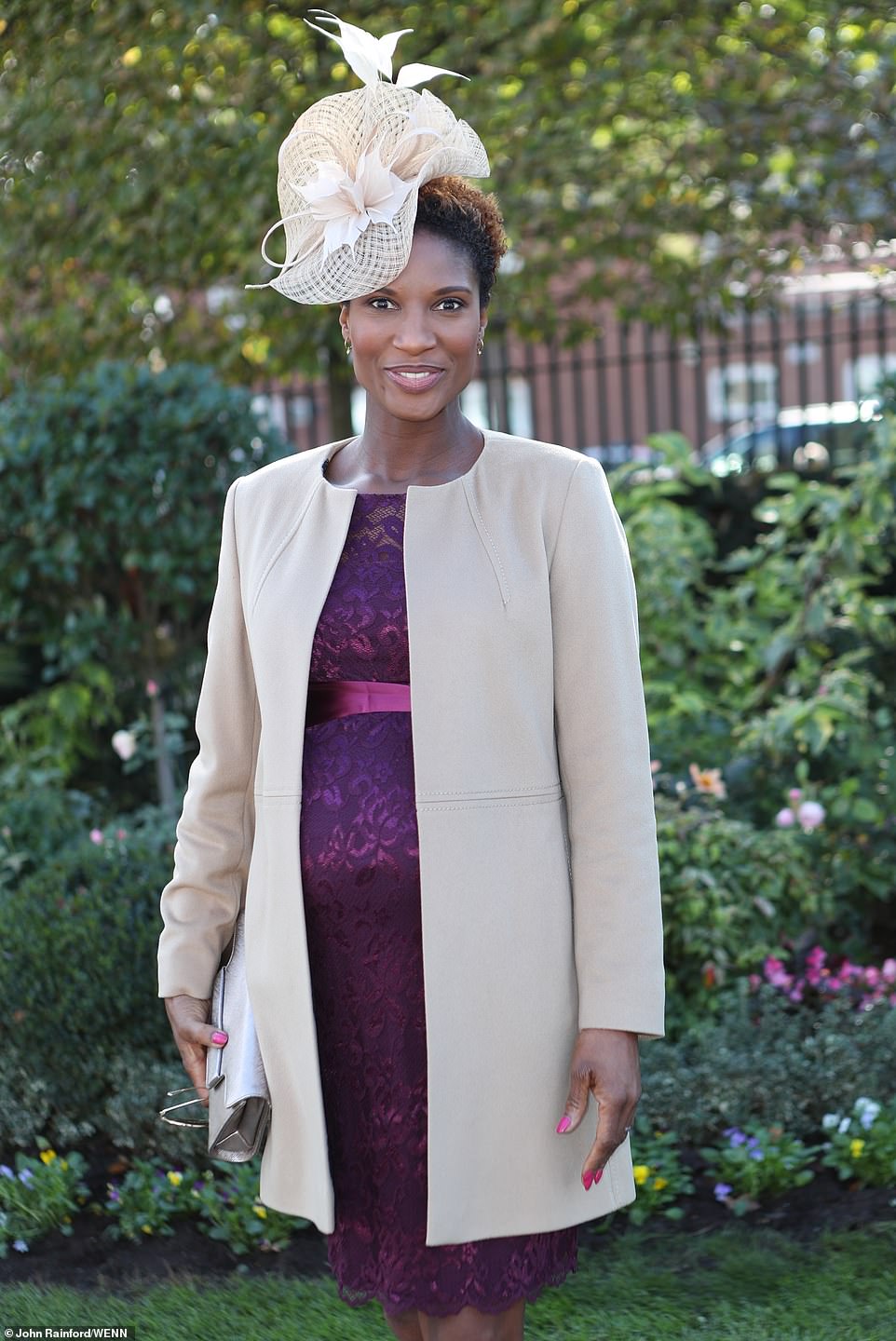 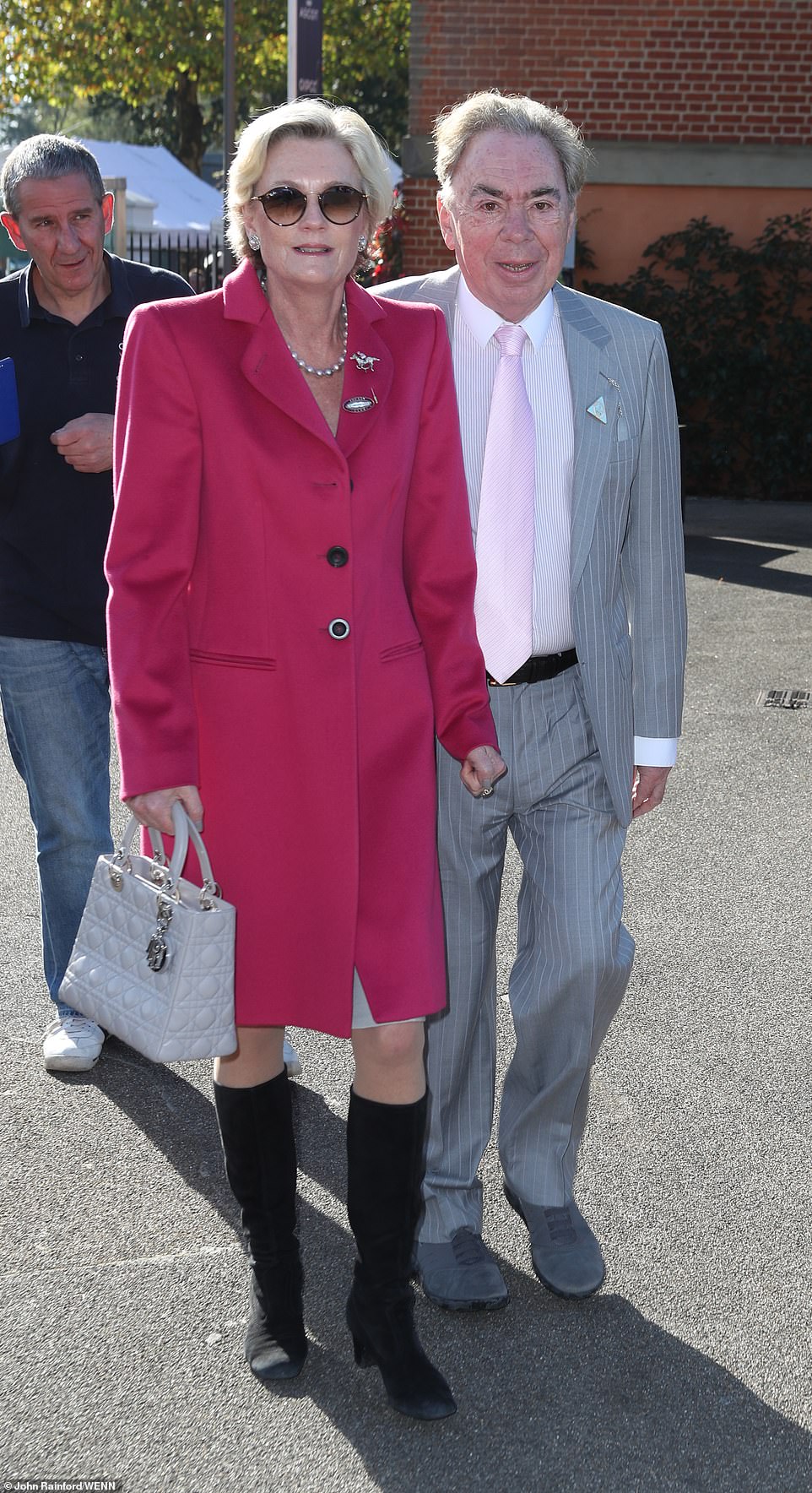 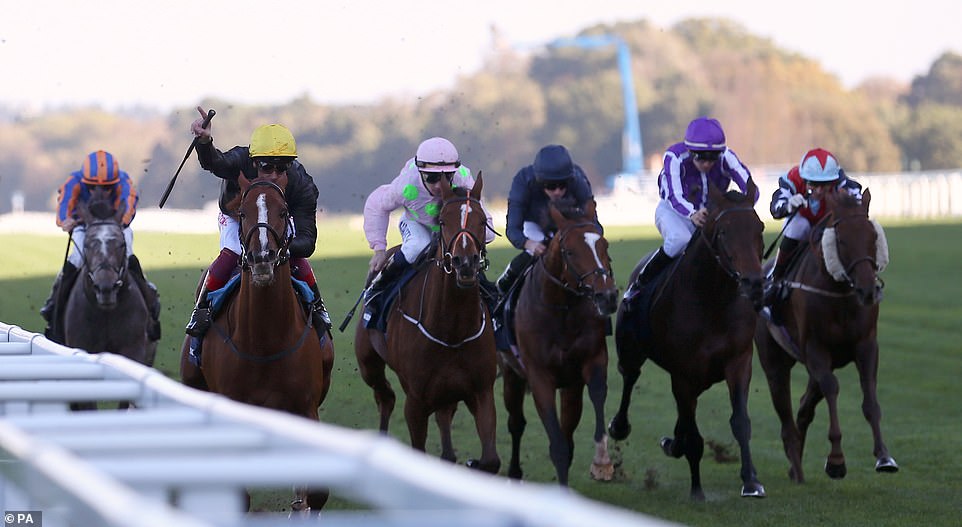 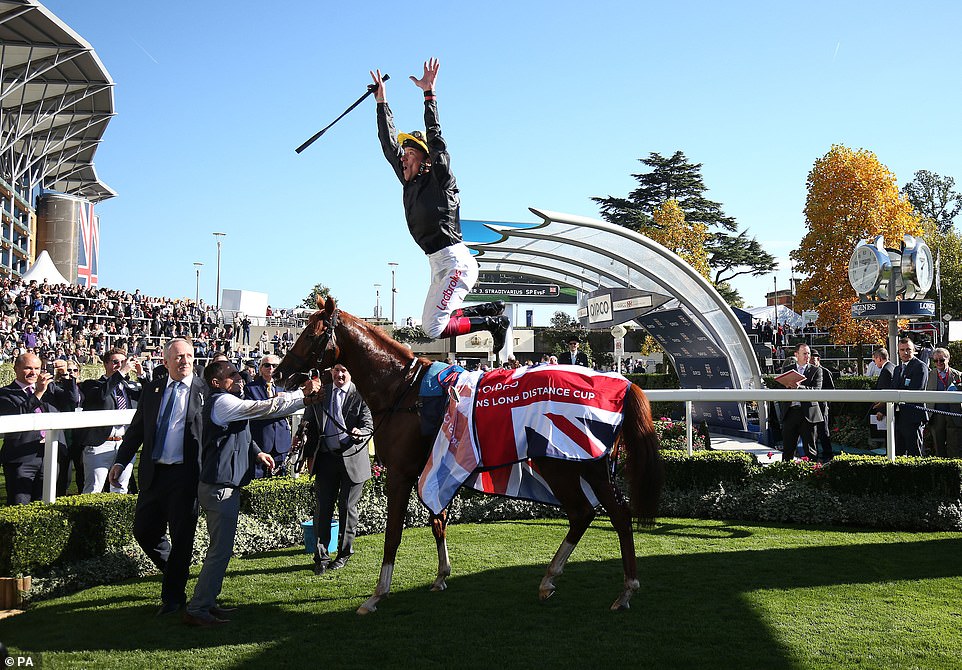 Track and field athlete Denise Lewis and musical composer Andrew Lloyd Webber were was among the elite at the Ascot grounds.

As the Queen enjoyed her day at the grand sporting event the Duke of Edinburgh was spotted taking his horses for a stroll through Windsor Great Park.

Dressed in a green jacket and a flat cap Prince Philip looked relaxed as he took a breath of fresh air and rode his horse and carriage outside the castle grounds, while accompanied by his aides.

Carriage-driving has been a favourite past-time of the Duke’s since he gave up playing polo during the 1970s and he is often seen steering his two-horse carriage around the grounds of the castle.

Following a spectacular showdown during the races today, Cracksman, trained by John Gosden and ridden by Frankie Dettori, won the Champion Stakes at Ascot today by six lengths. 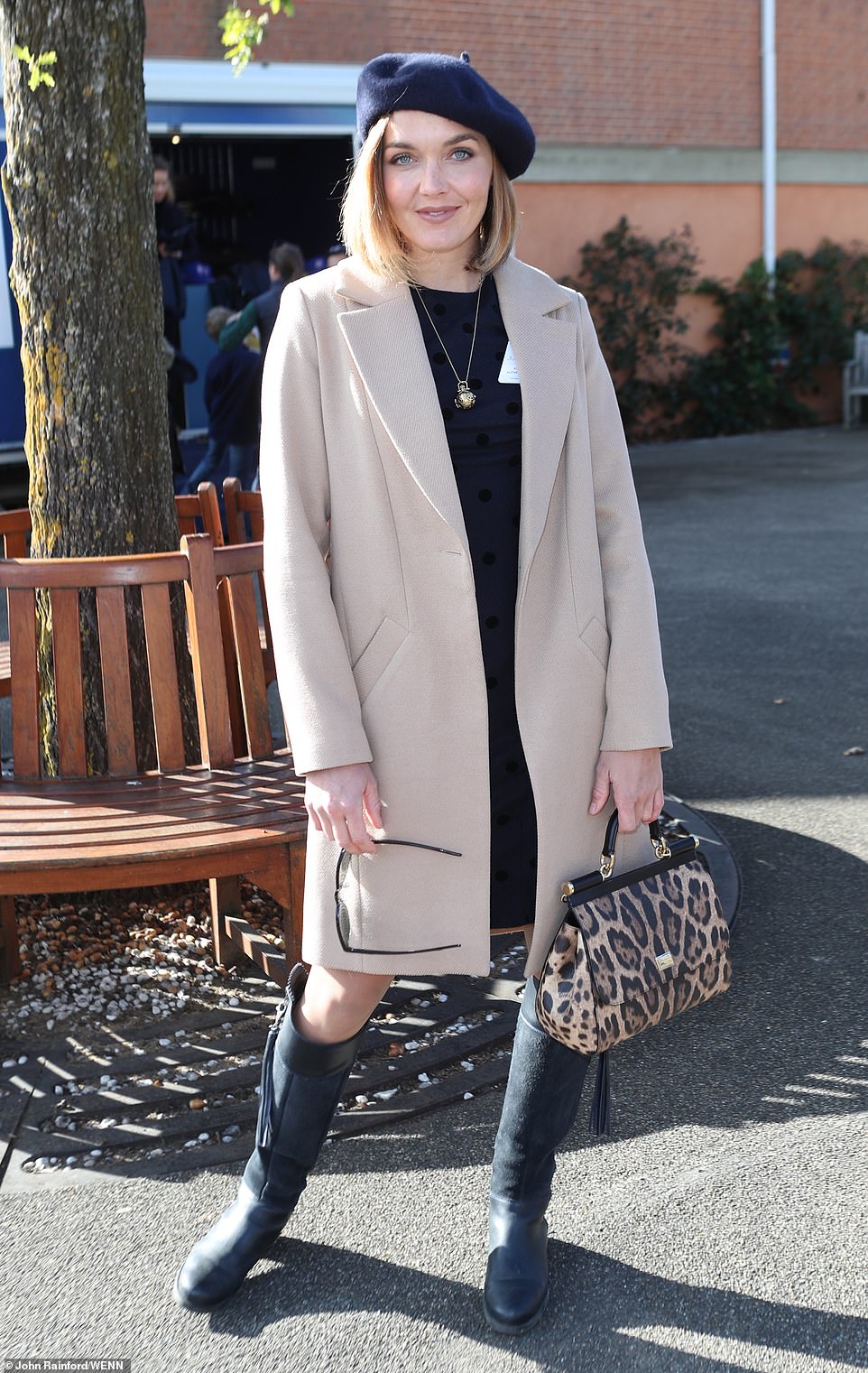 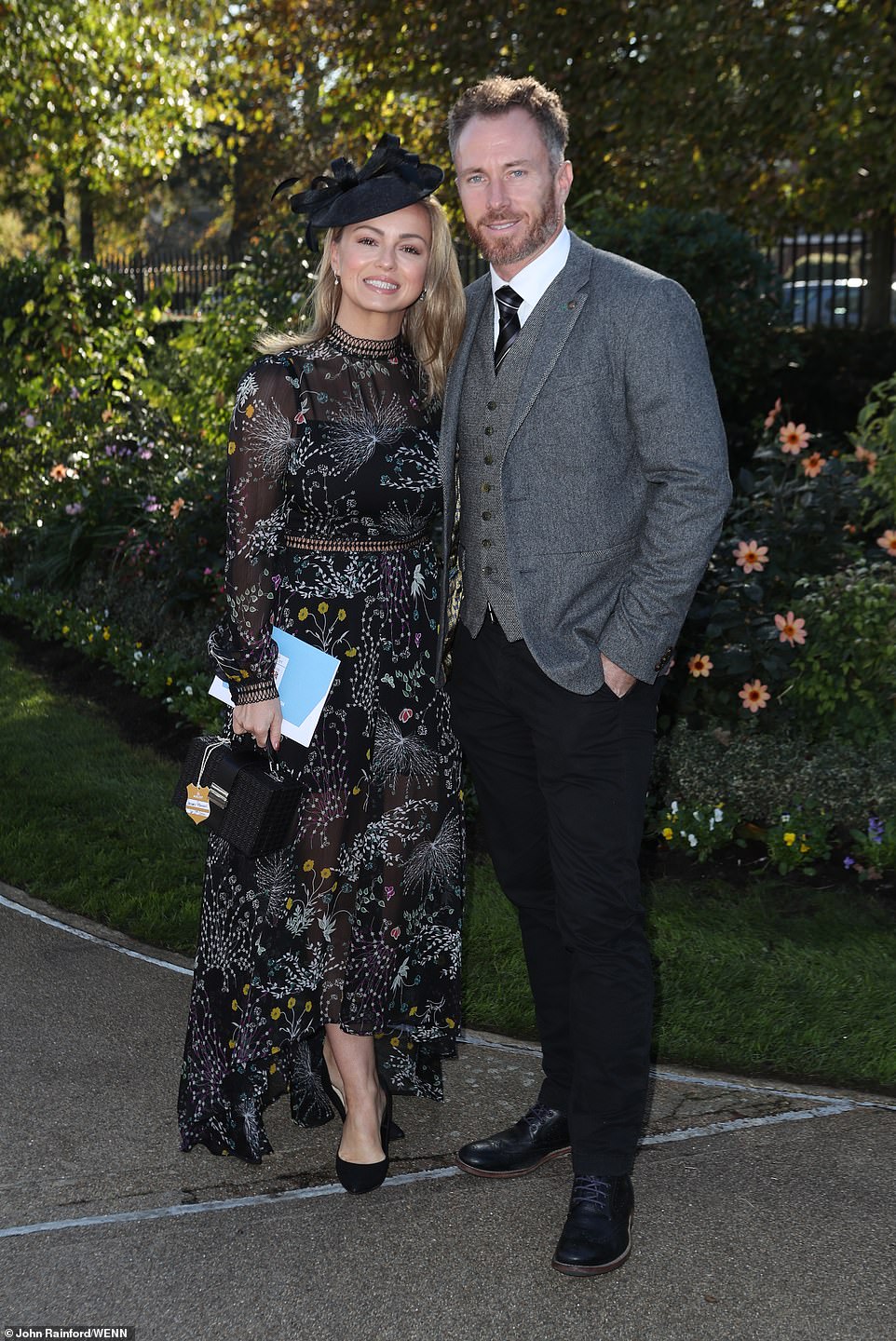 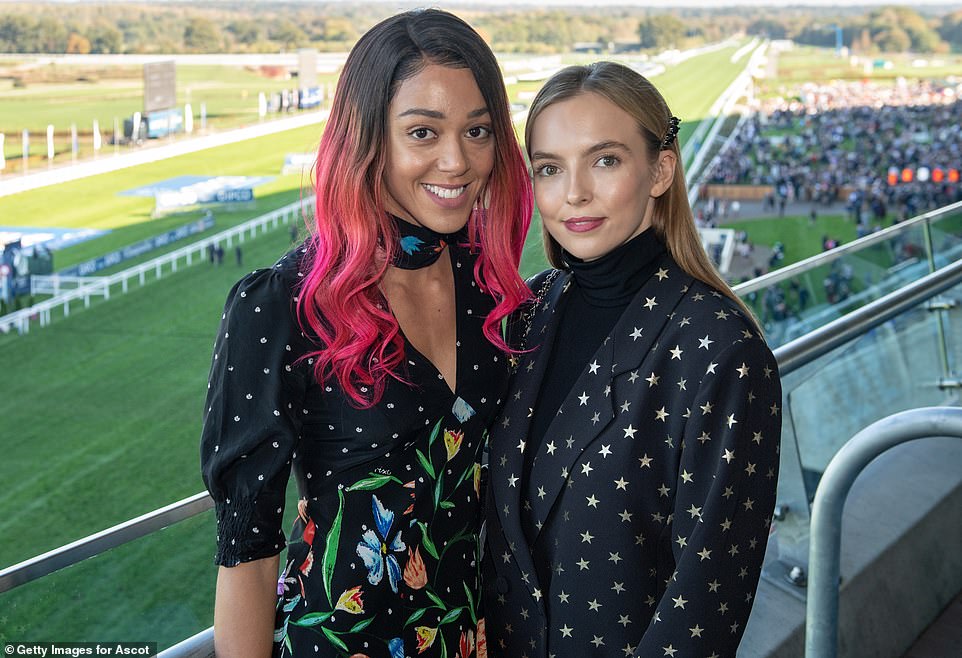