The world has lost its mind since broke the news of being engaged, despite wearing her ring unnoticed for more than nine months.

While being honored at the Women In Hollywood Awards hosted by Elle magazine in Beverly Hills on Monday, the 32-year-old singer confirmed her engagement with Christian Carino, 49, by thanking him as her ‘fiance’.

After this moment, everyone finally noticed the pink engagement ring adorned on Lady Gaga’s left hand, which is estimated to be valued at a whopping $400,000. 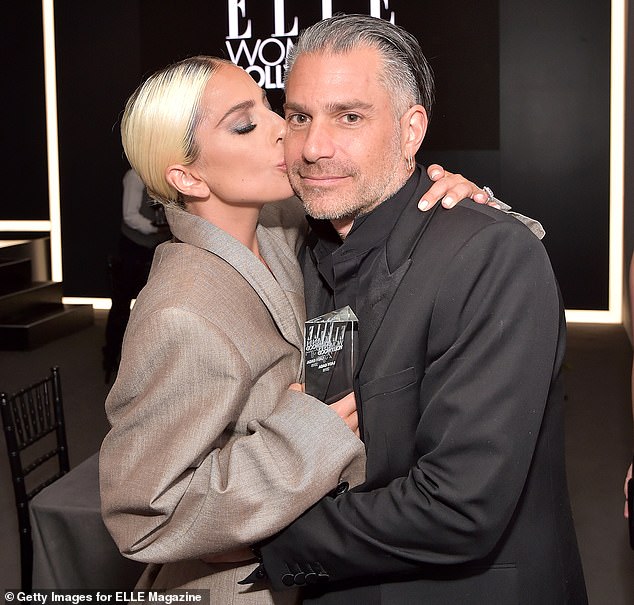 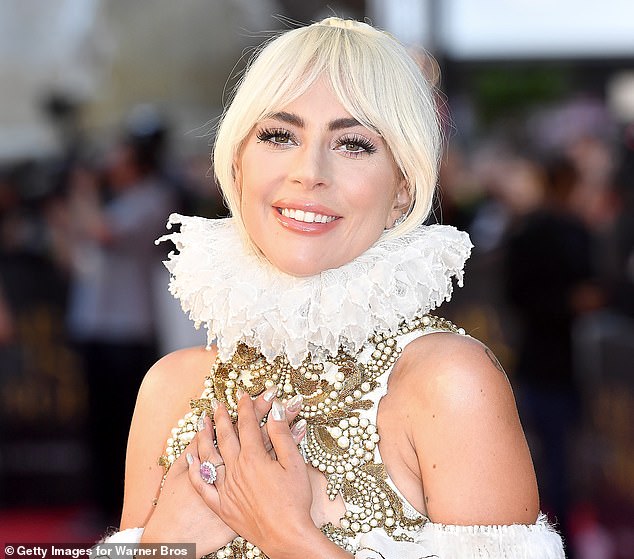 Stunning: People were quick to notice the singer, pictured at A Star Is Born UK premiere, has been wearing an engagement ring for the last nine months 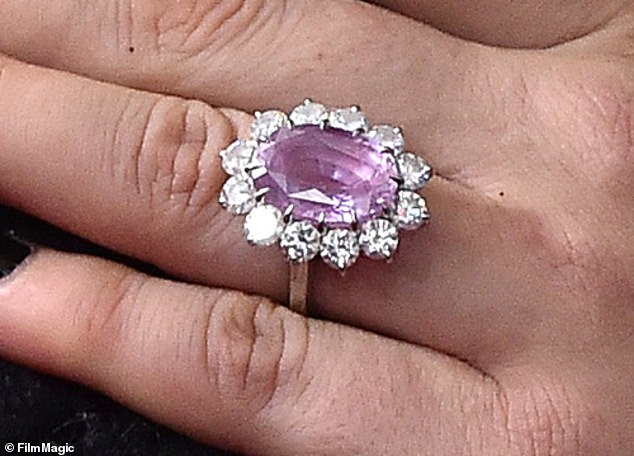 Amazing: The incredible ring is estimated to be worth $400,000 and reportedly features a pink sapphire gemstone in the center

Reports of the couple’s engagement first popped up in November 2017, but none of it was confirmed or denied until the Elle event.

Instead, fans have been focused on the singer’s breakout role in A Star Is Born alongside Bradley Cooper, 43.

But now everyone is noticing the stunning engagement ring.

The large pink gemstone sits cushioned between a circle of diamonds creating a flowered design fit for the Mother Monster.

Although it appears to be a pink diamond at the center of the ring, President of WP Diamonds Andrew Brown told the gem might actually be a pink sapphire, which is valued much higher.

‘Lady Gaga’s spectacular ring appears to be a six to seven carat pink sapphire with a diamond halo totaling three to four carats,’ he said. ‘This is likely a high quality, no heat (treatment), pink sapphire.’ 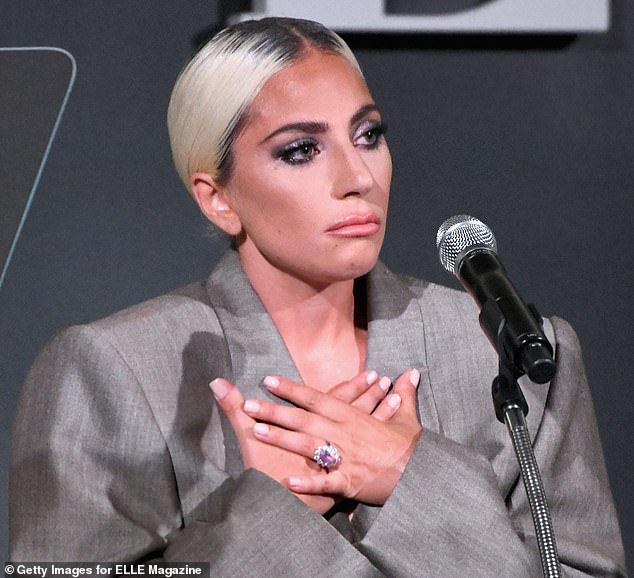 Rumored: The engagement was brought up in November 2017, but Lady Gaga didn’t officially confirm the news until the awards on Monday 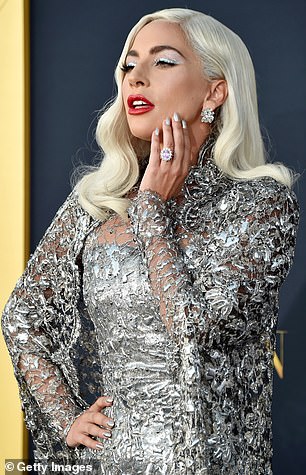 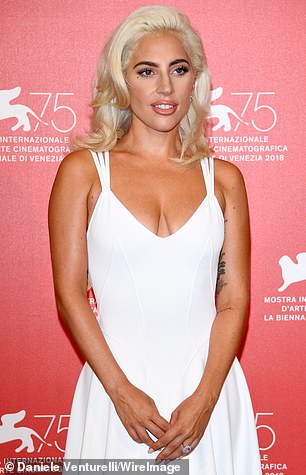 Beautiful: But she has been pictured at a number of award shows and events with the large ring positioned on her left hand 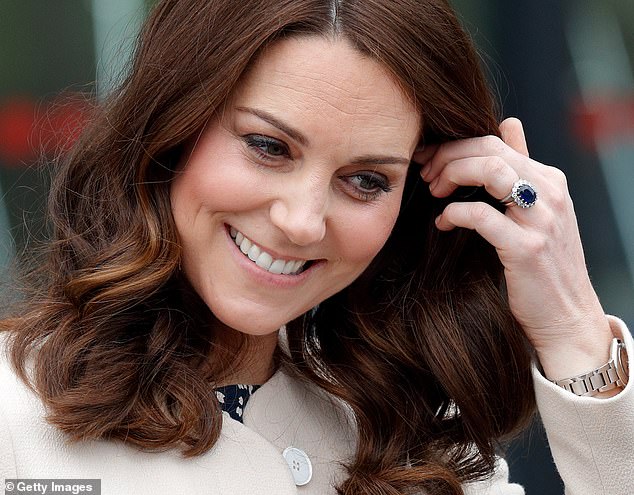 Similar: The Duchess of Cambridge has a similar ring design with a blue sapphire stone in the center surrounded by diamonds 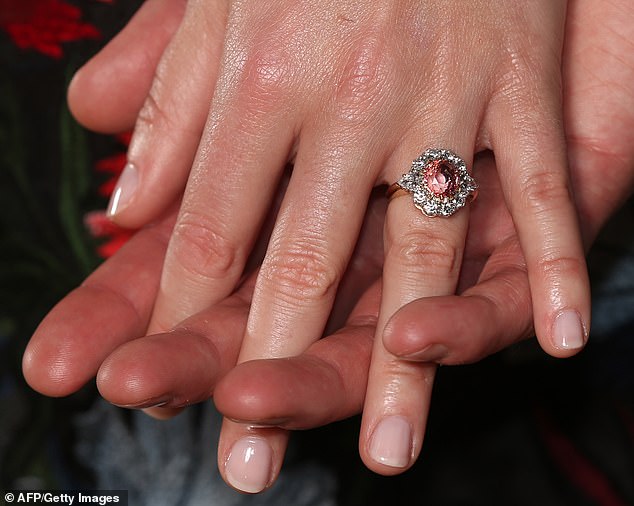 The design is a popular one among the Royal Family because both the Duchess of Cambridge, 36, and Princess Eugenie, 28, have similar settings with a large gem cushioned between diamonds.

Lady Gaga was first spotted wearing the ring during the Grammy Awards at Madison Square Garden in New York City on January 28.

Since then, she has worn the ring to a variety of events while she promoted A Star Is Born, including the UK movie premiere.

Although the engagement with talent agent Christian is out in the open, the couple remains rather secretive about when and where they are planning to tie the knot officially.