As Secretary of State Mike Pompeo landed in Tuesday to discuss the disappearance of journalist Jamal Khashoggi, a $100million pledge from Saudi arrived in American accounts.

‘The timing of this is no coincidence,’ said an American official who spoke to on condition of anonymity.

The money was a pledge Saudi Arabia made to the US in August for efforts to stabilize areas in that have been liberated from the Islamic State.

The source confirmed the payment had landed in the U.S. account Tuesday, as Pompeo touched down in Riyadh to meet with the Saudi Crown Prince who is accused of ordering a hit on Khashoggi. 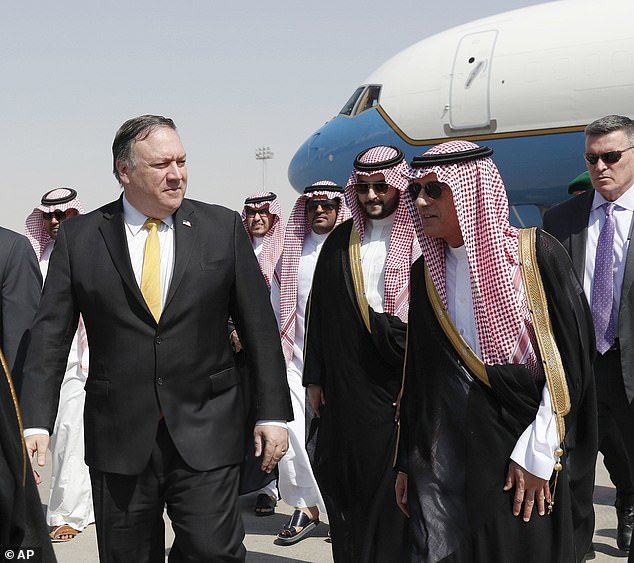 U.S. Secretary of State Mike Pompeo is pictured arriving in Riyadh Tuesday – the same day that a  $100million pledge from the Saudi’s arrived in American accounts 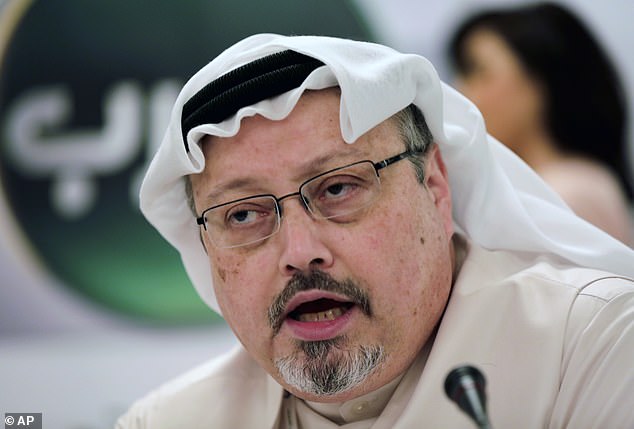 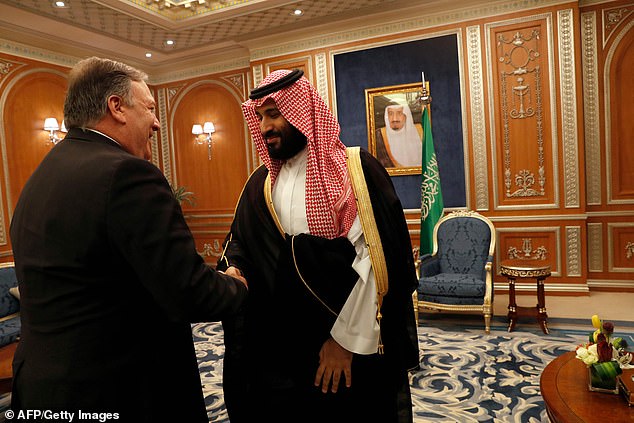 The Saudi journalist has been missing since October 2, when he was last seen entering the Saudi consulate in Istanbul to sort out paperwork for his upcoming marriage to his Turkish fiancee.

Turkish officials say they have evidence the Washington Post columnist was brutally slain and dismembered inside the consulate by Saudi agents.

Some of the Saudi hit squad were said to be tied to Crown Prince Mohammed bin Salman, the New York Times reported.

Saudi leaders have denied harming Mr. Khashoggi, but have not provided a credible explanation of what happened to him.

Brett McGurk, a US envoy to the coalition fighting the Islamic State in Syria, told the Time’s the timing of the payment with Pompeo’s visit was coincidental.

‘The specific transfer of funds has been long in the process and has nothing to do with other events of the secretary’s visit,’ McGurk said. 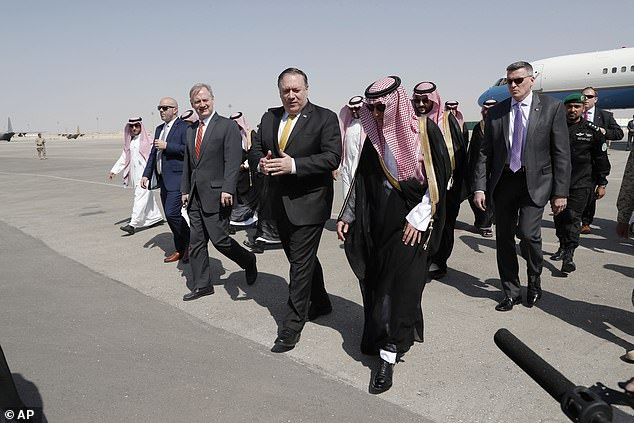 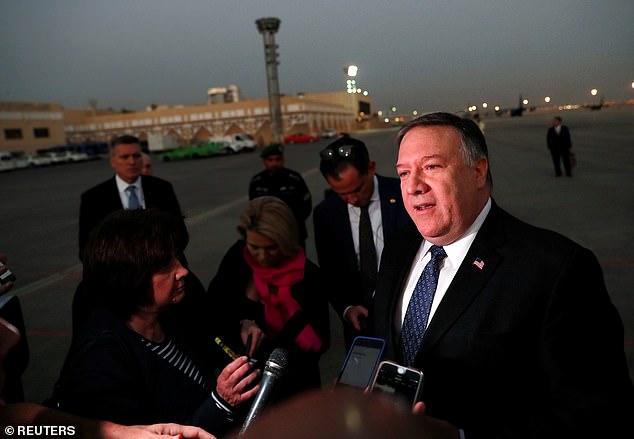 A source told the New York Times of the payment: ‘The timing of this is no coincidence’

On Pompeo’s visit yesterday, he greeted the Crown Prince with smiles and a warm handshake.

Pompeo said after meeting with the Saudi royal family that officials in the kingdom told him their investigation into the disappearance and alleged killing won’t spare anyone, including royals.

‘They made no exceptions on who they would hold accountable,’ Pompeo said.

Meanwhile, Turkish newspaper, Yeni Safak, said it had heard audio recordings of Khashoggi being tortured during an interrogation, having his fingers cut off and then being decapitated.

It was reported that Saudi Consul General, Mohammad al-Otaibi could be heard on a tape saying during Khashoggi’s torture, ‘do this outside. You are going to get me in trouble’.

Pompeo flew to Turkey Wednesday fresh from talks in Riyadh where he held a 20-minute meeting with King Salman and a far longer meeting with his son Prince Mohammed.

He said before arriving in Turkey that in Saudi Arabia he stressed the ‘importance of them conducting a complete investigation into the disappearance’ and Riyadh had vowed to do this. 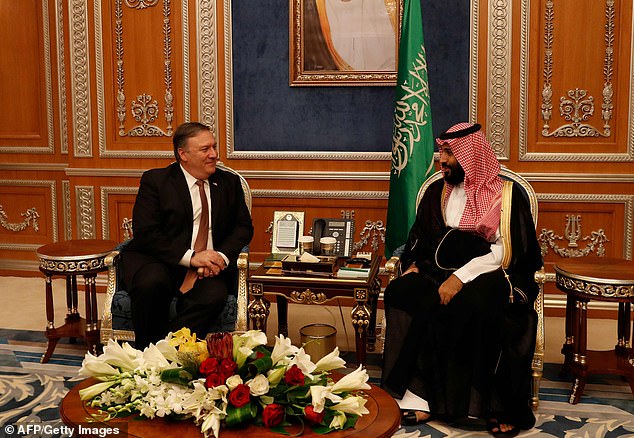 Saudi officials have denied any involvement in the journalist’s death

AOC boasts working 'for tips & hourly wages, instead of learning about it 2nd-hand' in dig to Iv...
Mother of two is mauled to death by her two pit bulls
Former Panama business partner claims Trump's company cheated government out of millions in taxes
Prominent US molecular biologist missing in Greece found dead in cave after going for morning run
Paul Ryan's former fraternity is BANNED for 15 YEARS after pledge was hazed and hospitalized
Trump threatens to unleash unprecedented force if terrorists 'come back to our country'
Coronavirus US: Andrew Cuomo says crisis could last nine months
Walking to work is BAD for the environment... because it makes you eat more, new study shows