Mo Salah and Virgil van Dijk have given Liverpool a huge boost as both key players trained on Thursday following concerns over their fitness after the international break.

will have been sweating over the fitness of his dominant centre-back and prolific forward but they joined in as usual with their team-mates at Melwood ahead of Saturday’s clash at Huddersfield.

Van Dijk and Salah departed the Dutch and Egyptian squads prematurely after picking up minor injuries but are in contention to start against the Terriors. 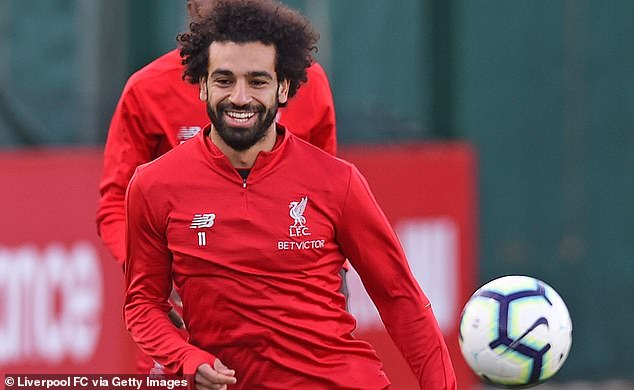 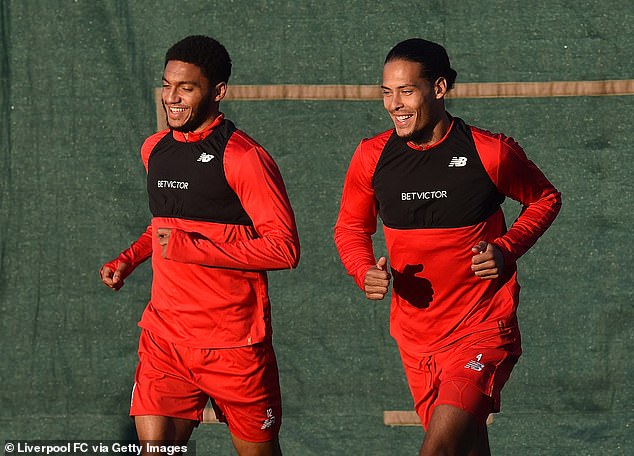 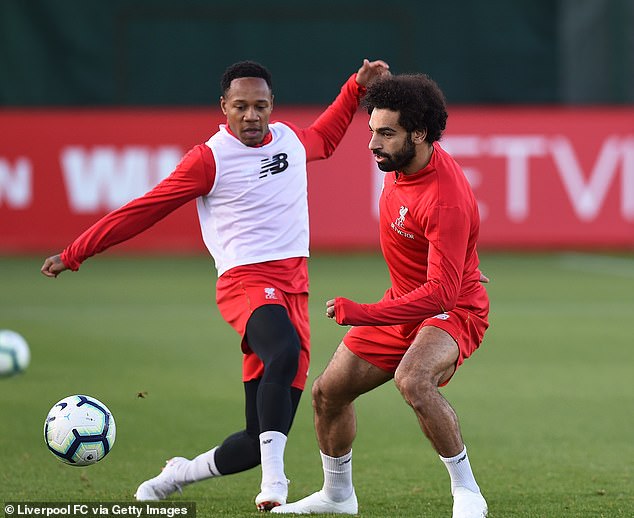 Salah seemed in high spirits as he wore a broad grin on his face during the late afternoon run-out on Merseyside.

And Van Dijk shared a laugh with his defensive partner Joe Gomez as they warmed up with a jog.

Klopp still has a number of injury concerns with Naby Keita nursing a hamstring problem and Sadio Mane suffering with an injury to his hand.

James Milner was forced off at Anfield against Manchester City and out of nowhere Liverpool have been hit with a number of absentees. 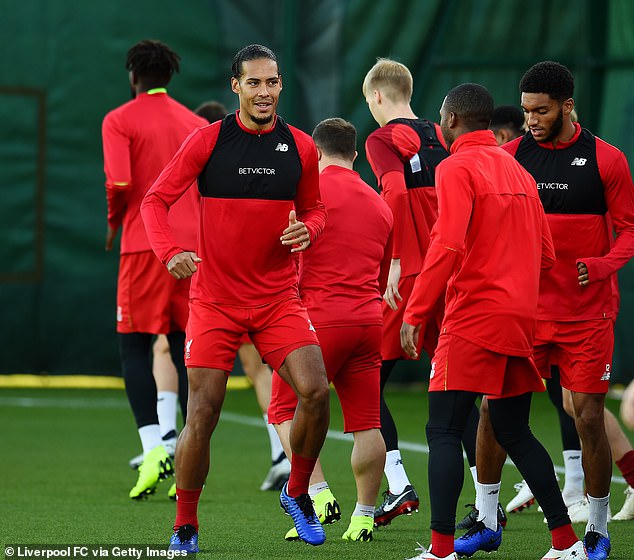 ‘At the end, there will be a really strong side wearing a Liverpool shirt going to Huddersfield and then we will see what we can get there.’

He added: ‘I understand that you all want to know it but I never get any information on injuries from other teams! So why should we give it out there to the world?

‘We will try really hard that everybody is available at the weekend; we will probably fail with one or two but we will try everything that they will be on the pitch or available at least. Until then, you have to wait.’ 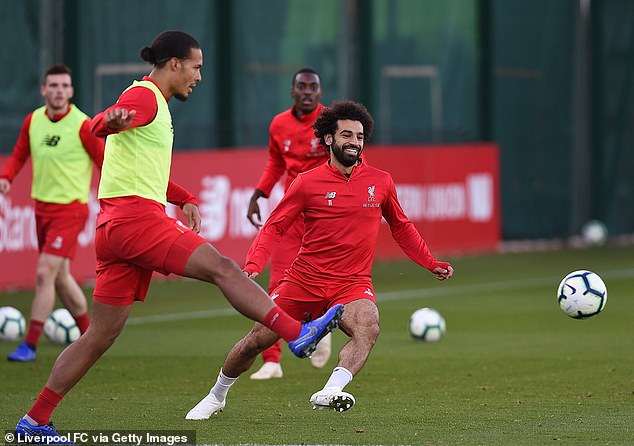