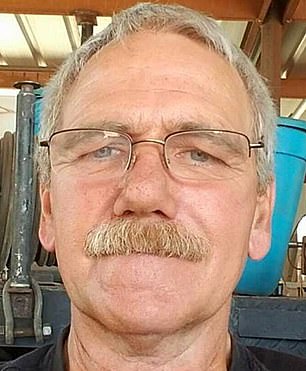 John Waddell, 62, was rescued with two broken legs on Wednesday night after spending three days at the bottom of a 100ft mine shaft

An Arizona father has been rescued from the bottom of a 100ft mine shaft which he fell into while searching for gold and spent three days inside fighting off rattle snakes.

John Waddell, 62, fell into the shaft on Monday while combing the area between  Eagle Eye Road and milepost 13 near Aguila.

He had told his neighbor about his plan to go to the area to look for treasure and told him to come looking for him if he hadn’t returned home by Tuesday.

Tuesday came and went with no sign of him. On Wednesday morning, the neighbor went to look for him.

As soon as his truck arrived near the site, the man said he could hear Waddell screaming for help.

‘As I pulled up my truck, I could hear him hollering help, help, you know,’ the neighbor Terry Schrader told

Schrader threw his friend some water and Coca Cola and then went to find a cell phone signal to call for help. Waddell had broken both of his legs by falling into the shaft.

Somehow, he told his friend he was able to kill three rattle snakes over the course of his time alone. 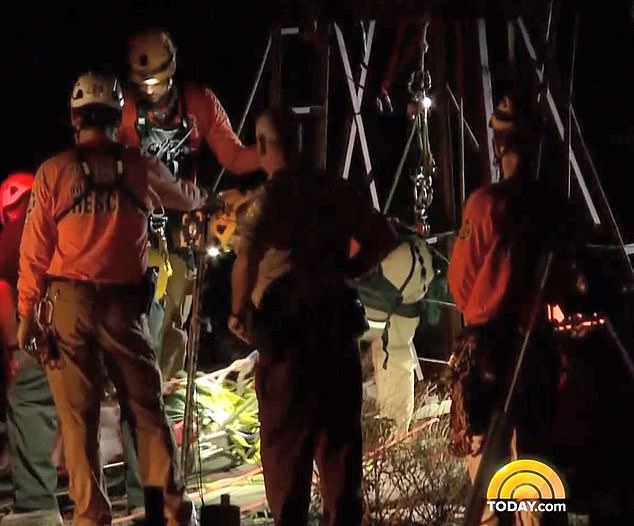 Waddell is pictured being rescued on Wednesday night. His neighbor alerted authorities after he did not come home within a day of going to the dessert to look for gol 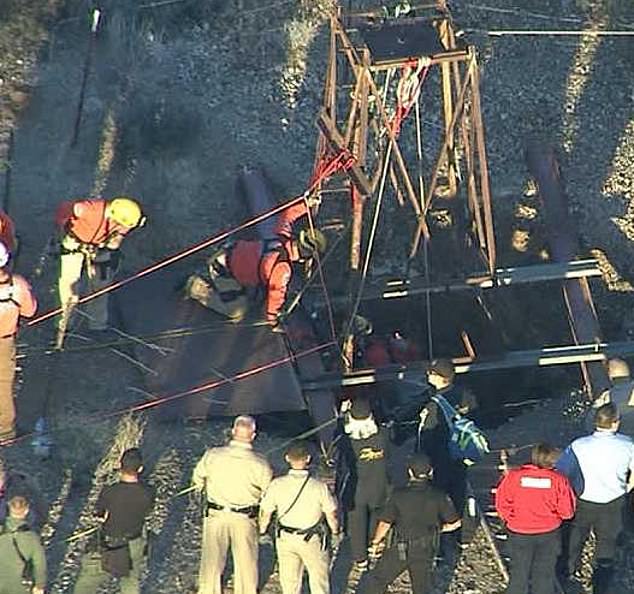 Emergency teams spent hours trying to rescue the man on Wednesday. They eventually pulled him out of the shaft on Wednesday evening 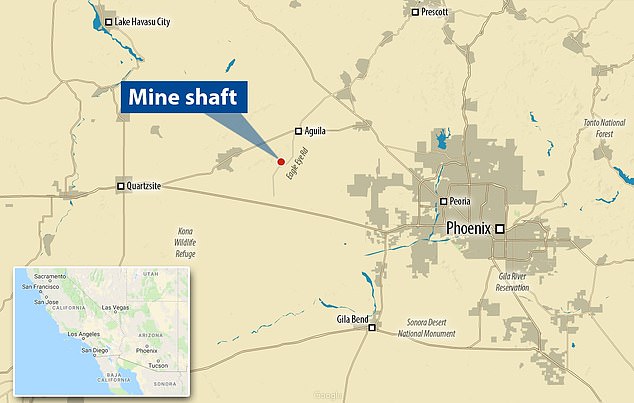 The shaft is located near Aguila, around 80 miles northwest of Phoenix

Emergency teams arrived soon after Schrader and pulled the man out.

He was taken to the hospital where he is expected to make a full recovery.

Schrader told authorities how he and Waddell had a ‘deal’ that he would come to rescue him if he did not return home on time.

‘He called me Monday and told me he was coming to the mine. And we always had a deal, if he is not back by Tuesday [to come check on him].

‘Since he didn’t come home yesterday, I was bound determined to come out here today,’ he said.

He added that he felt guilty for not going to check on his friend sooner. 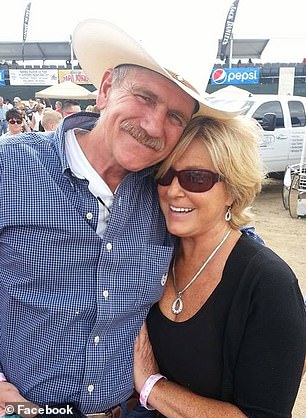 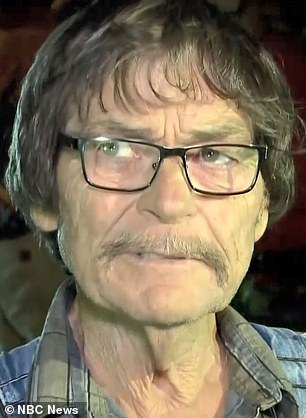 Waddell’s neighbor Terry Schrader (right) went looking for him on Wednesday after he failed to return home. They had a deal that if he did not return within a day of going out looking for gold, Schrader would come to find him