A Lidl cashier refused to sell a married couple gin because they were shopping with their 11 and 14-year-old daughters.

Jackie Chandler and husband Gary Sprake were ready to pay for their groceries – including a bottle of rhubarb gin – when the worker asked their eldest, Ella-May, for ID.

The baffled couple thought the staff member was joking, but the ensuing row resulted in a store manager calling police to escort from the Waterlooville shop.

Mrs Chandler, 41, and Mr Sprake, 43, said when the officer arrived he ‘couldn’t believe he’d been called out’. 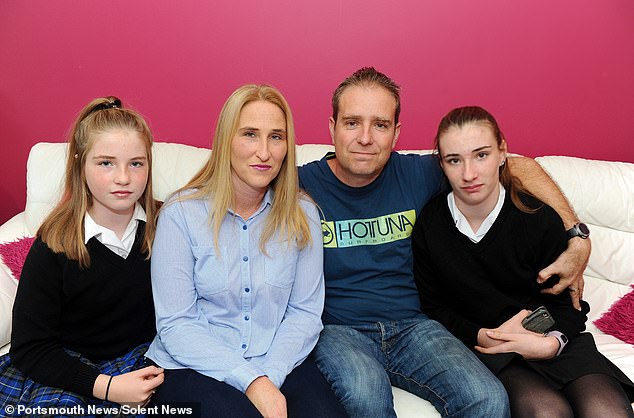 Jackie Chandler and Gary Sprake (pictured with Ella-May, right, and Rosa-May, left) were baffled when an attempt to buy gin ended in the police being called 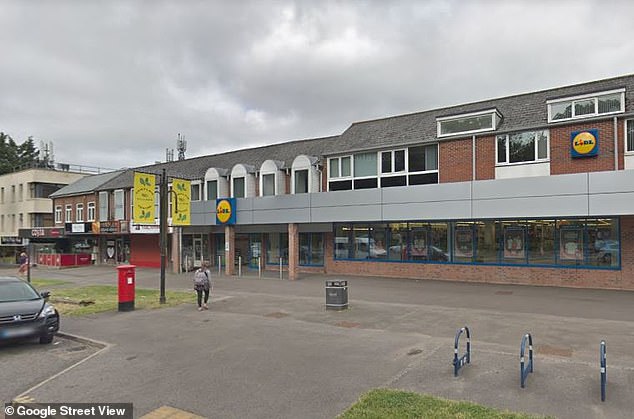 When Mr Sprake tried to buy the £11.99 Hortus gin on his own at another till, he was again refused by Hampshire staff.

The couple had picked up the bottle for a house party while shopping with Ella-May and her sister, Rosa-May.

The husband and wife, both of whom work in retail, told the cashier they ‘would never’ Ella-May ‘sip alcohol’ when asked for her identification. But the worker replied: ‘It doesn’t make any difference, she has to have ID as well.’

A manager was then called to deal with the situation and, when he backed the cashier, Mr Sprake tried to call Lidl’s head office.

The family were bemused when the manager then asked them to leave the store before phoning the police.

Mrs Chandler said: ‘We were shocked when the cashier asked because we thought he was talking about us.

‘But when we found out he meant our daughter, I thought “he cannot be serious”.

‘There is no way we would let her take a sip of alcohol, let alone buy a bottle.’

Mr Sprake said he and his wife were ‘victims of stupidity’. He said: ‘Lidl should be ashamed of themselves.

‘I wonder where the line on this policy is drawn. If I had a four-year-old, would I not be able to get a drink?

‘And if I do go back to that store, which is unlikely, will I not be able to buy alcohol because they know I have a daughter?’

He added: ‘The whole thing is ridiculous.’

During the row, a customer irate at having to wait longer even threatened them with a citizen’s arrest.

Mrs Chandler said: ‘There was already a wait to get to the till so people weren’t happy.

‘A couple of other shoppers were telling us to move on and one even offered to make a citizen’s arrest on us.’

Mrs Chandler said: ‘The police officer I spoke to couldn’t believe he’d been called out – we weren’t doing anything wrong. We joked because it must’ve been his easiest job of the day.’

After leaving the store without their shopping, Mrs Chandler says she will not return as she is ‘too embarrassed’ and her children are ‘worried as they feel like they did something wrong’. 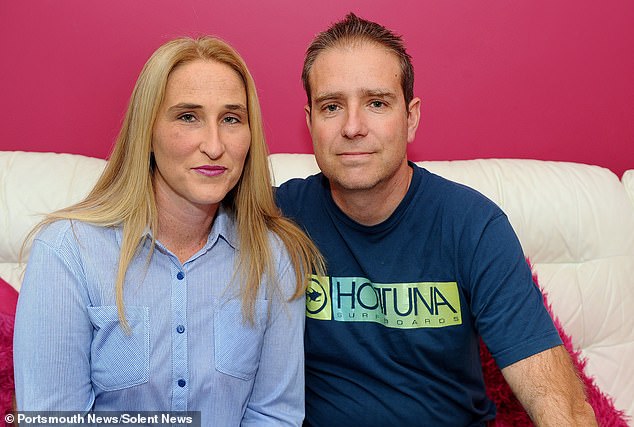 A Lidl spokesman defended the store’s ID policy, saying: ‘It is never our intention for a customer to be dissatisfied in any way, however we are committed to selling alcohol responsibly.

‘Whilst these actions may appear over-cautious, we support our colleagues in using their own judgement to uphold our “Think 25” policy and, where there is any element of doubt, making the right decision.

‘Under no circumstances do we tolerate abusive behaviour towards our colleagues.’

Hampshire Constabulary confirmed they were called to the ‘ongoing dispute’ at the Lidl store.