and Meghan Markle have been given uniquely Australian gifts on their first royal tour of the country.

The Duke and were each presented with an Akubra hat by Australia’s Governor-General at his Sydney residence on Tuesday morning.

But the couple declined the chance to put on the Australian-made hats, which were provided as a wedding gift, while inside Admiralty House. 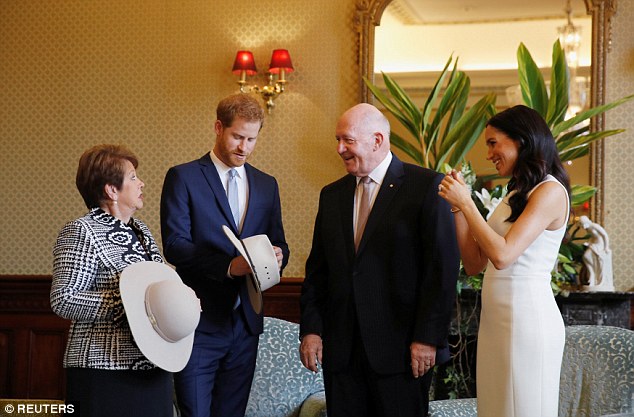 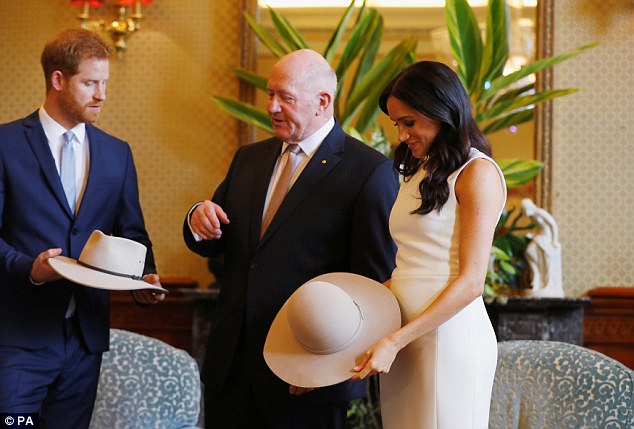 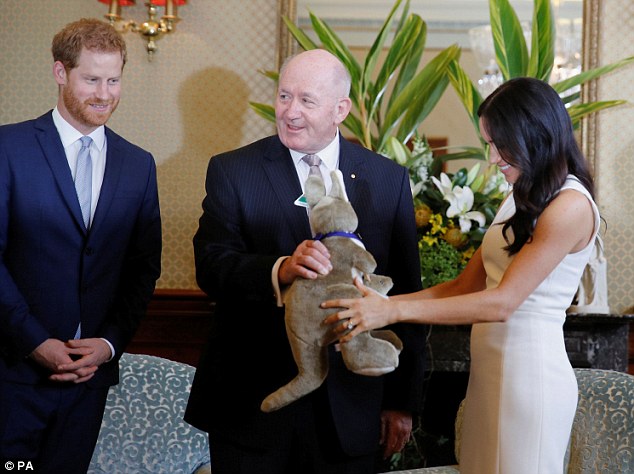 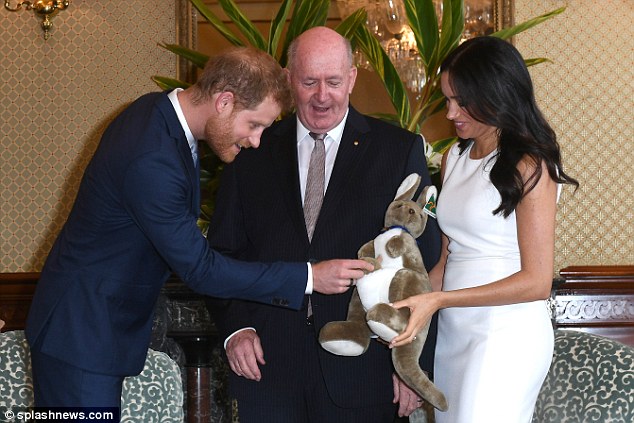 Meghan was also presented with a plush kangaroo and baby joey by the Governor-General, Sir Peter Cosgrove, and his wife Lady Cosgrove.

The gift came just hours after Kensington Palace announced the the Duke and Duchess were expecting their first child in the 2019 northern hemisphere Spring.

‘Our first baby gift,’ a beaming Meghan said when receiving the soft toy.

Prince Harry was later presented with a pair of baby Ugg boots.

The Duke and Duchess are staying at Admiralty House while they are in Sydney during their 16-day tour of Australia, New Zealand, Fiji and Tonga.

The Duke and Duchess of Sussex could not hide their delight as they stepped out on the first official engagement of the our after revealing their joyous baby news. 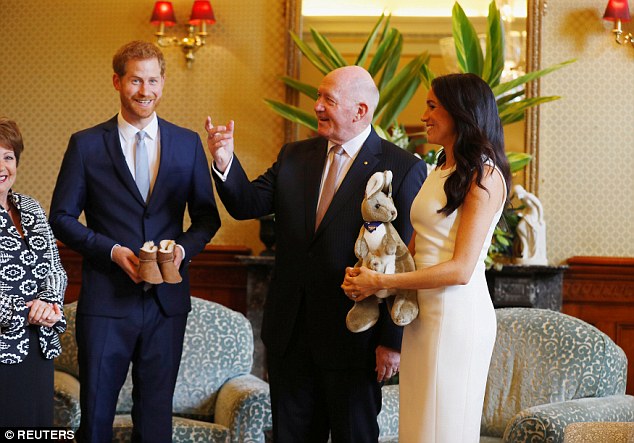 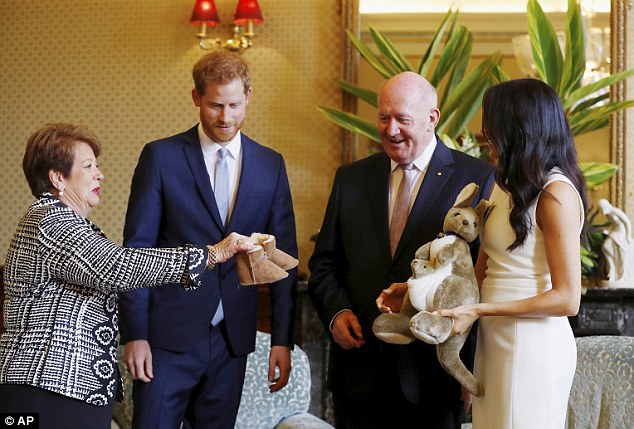 Meghan looked resplendent in a figure-hugging white dress by Australian designer Karen Gee and a pair of statement heels, while Harry opted for a smart navy suit and skinny tie.

Insiders have said Prince Harry is ‘happier than he has ever been’ as he and Meghan prepare to become parents next Spring.

He has been an ’emotional wreck – but in a good way!’ since discovering the Duchess of Sussex is pregnant, one source said Monday night.

‘It is something he has wanted for a long time and he couldn’t be happier. He is so protective of her,’ the source added. 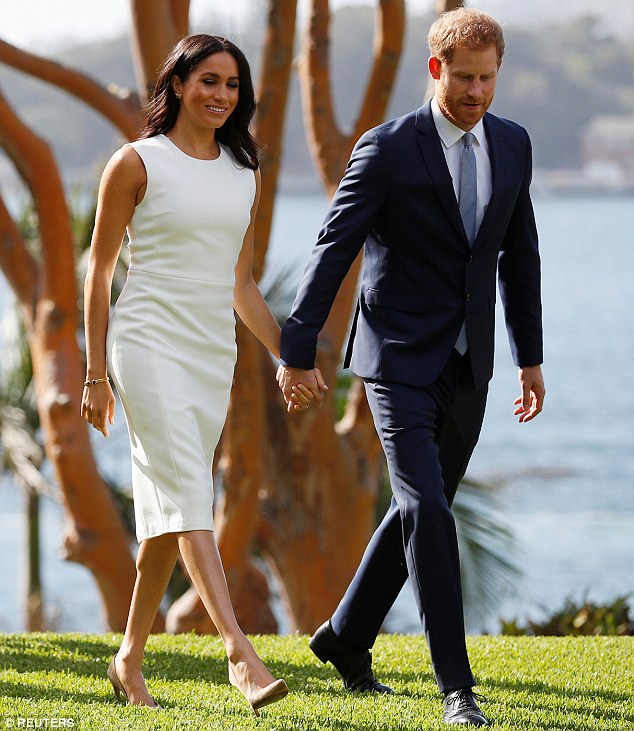 Kenya Moore hit with $152k lien for unpaid taxes on her Atlanta mansion
Detectives are given an extra 12 hours to quiz Surrey train stabbing suspect
Kensington Church Street closed off as man threatens police with gun
Iran changes name of seized tanker Grace 1 to Adrian Darya as US issues fresh warrant to seize it
Boris Johnson vows Britain will NOT align with Brussels rules to get trade deal
Rod Stewart, 75, is seen on film 'performing salute before punching security guard'
'Thousands' of Britons stranded at Calais in last minute bid to get home before quarantine begins
Robot is being adapted to conduct up to 700 socially distanced experiments a week