Paul Allen has passed away at the age of 65 his family announced on Monday.

News of the Microsoft founder’s death comes just two weeks after it was revealed that he was battling non-Hodgkin’s lymphoma for the third time.

It was complications from that cancer which led to his death according to his family.

‘While most knew Paul Allen as a technologist and philanthropist, for us he was a much-loved brother and uncle, and an exceptional friend. Paul’s family and friends were blessed to experience his wit, warmth, his generosity and deep concern,’ said his sister Jody in a statement.

‘For all the demands on his schedule, there was always time for family and friends. At this time of loss and grief for us – and so many others – we are profoundly grateful for the care and concern he demonstrated every day.’

On the day of his death, Forbes revealed that Allen had donated $95 million in just the past year.

Allen struck gold when he founded Microsoft with Bill Gates, his childhood friend who he convinced to drop out of Harvard to start the company. 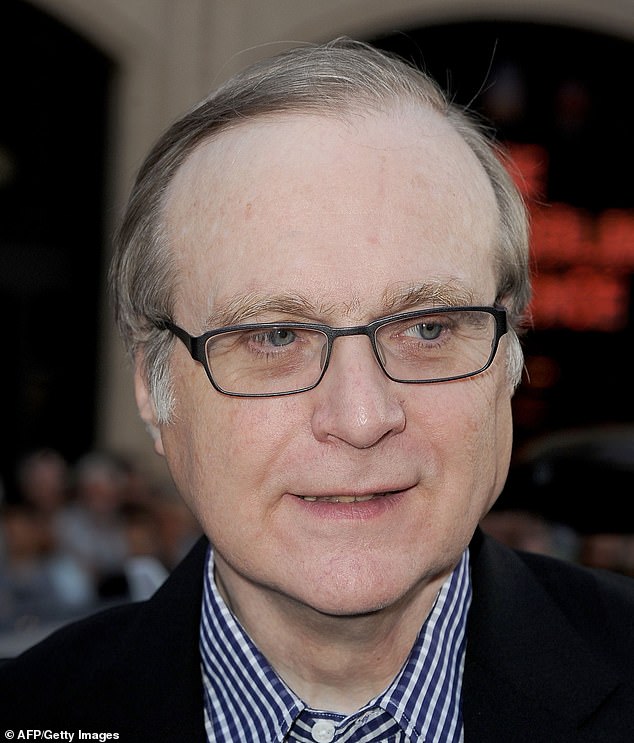 Gone too soon: Paul Allen died on Monday at the age of 65 his family revealed in a statement

Allen had a net worth of approximately $20.3 billion and a real estate portfolio that is worth well over one-billion dollars.

He also owned the Seattle Seahawks and Portland Trailblazers.

That enviable portfolios included properties around the globe and at sea thanks to his massive yachts.

He owns at least 10 properties on Mercer Island near Seattle, Washington, where he was born and first met Bill Gates in grade school, and one island in the San Juan Islands chain.

Allen had owned two islands, but sold one for $8 million in 2013 when he learned how hard it would be to build on the site.

He also owns a Beverly Hills mansion he bought the same year as Enchanted Hill, a 4,000-acre Idaho ranch, a 22,000 square-foot home near Silicon valley he bought for $27 million in 2013, a $25 million Malibu home he has since sold to Les Moonves for $28 million, and a $7.5 million Thurston Estate in Kailua-Kona, Hawaii.

And that is just the western holdings.

He also has $39 million of apartment across two floors in a Manhattan apartment building on Central Park, a $30 million mansion in St. Jean Cap-Ferrat in France as well as a pad in London’s Holland Park neighborhood.

Lastly, Allen also owns a 414-foot yacht called Octopus as well as the Portland Trail Blazers and the Seattle Seahawks.

Octopus is the 14th biggest yacht in the world and has two helicopter pads, a submarine, a swimming pool, a music studio and even a basketball court.

Allen has donated over $2 billion to charitable causes over his life and was also revealed to be a big political donor last month, having given $100,000 to Protect The House, a PAC set-up in order to insure Republicans maintain control of Congress.

Rosa Parks' letter about '57 bombing purchased by household who have been focused within the assault
Trump bashes Democrats for questioning time and scope of FBI probe on Kavanaugh
Meghan Markle has worn 21 dresses, 14 pairs of shoes - and its only day 12!
Ratings agency Finch says shutdown is HURTING America's credit & putting the AAA status in threa...
Alexandria Ocasio-Cortez and Pelosi honor suffragettes at the SOTU
Search for mom after she failed to pick up her child from the babysitters
UVA lacrosse player suffers meltdown as police confront him about killing his ex-girlfriend
Prince Harry and Meghan Markle's new life will be funded from their £34million private fortune