Viewers of Sunday night’s instalment of The X Factor took to to slam ‘s ‘biased’ decision to put Anthony Russell through to the live shows, which start next weekend.

Selecting Anthony as one of his final four Boys, Louis told the Liverpudlian, 28, ‘of course I’m taking you on [to the live shows]’ – suggesting there was no decision to be made in the first place.

This comes after viewers learnt that Anthony – who auditioned for the show in 2007 and 2017 – was already pals with Louis, after the millionaire paid for him to go to rehab last year due to an addiction problem. 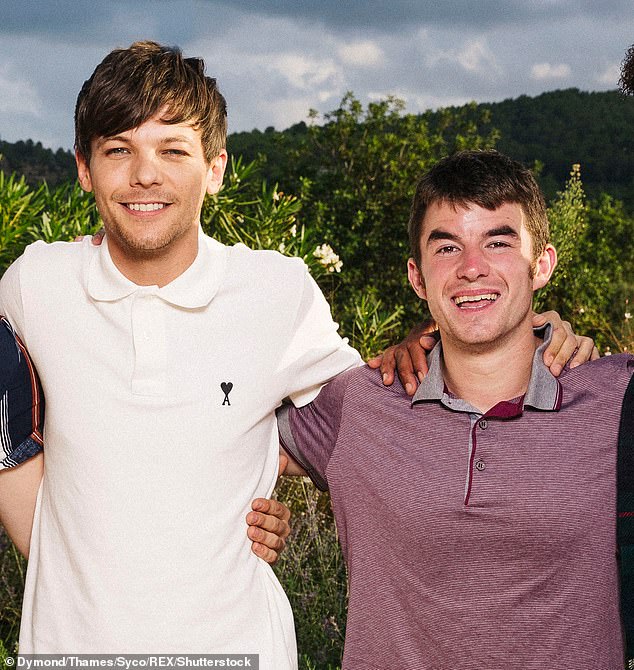 Fix? Viewers of Sunday night’s instalment of The X Factor took to Twitter to slam Louis Tomlinson’s ‘biased’ decision to put Anthony Russell through to the live shows, which start next weekend

After pulling out of the series in 2017, ITV said that he ‘suffered personal issues’ and ‘needed to straighten himself out’, notably appearing at one of his auditions last year with a black eye.

On Anthony’s return to the competition this year, it was explained that Louis had watched the show and reached out to Anthony, offering to help and get him into rehab.

He has since sailed through the competition, ended up in Louis’ Boys category – despite, at the age of 28 should technically be in the Overs – and is now set to take part in the live shows.

This didn’t go unnoticed with fans of the show, who tweeted remarks to the tune of: ‘He’s only through because of what Louis helped him through. Personally I don’t think Louis should have this category!’ 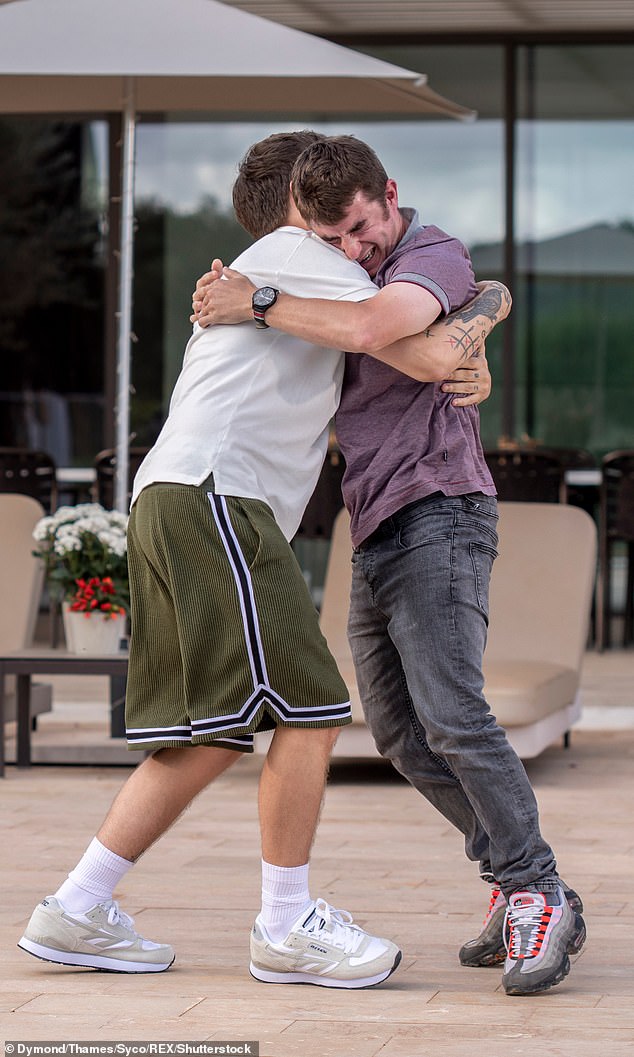 Pals: Selecting Anthony as one of his final four Boys, Louis told the Liverpudlian, 28, ‘of course I’m taking you on [to the live shows]’ – suggesting there was no decision to be made in the first place

Another person posted: ‘Well that was obvious, Louis putting Anthony through/ Definitely made the wrong decision there!’

Some branded it a ‘fix’ while others argued Anthony wasn’t ‘pop star’ enough.

Comparing him to the boys that didn’t make it though, one person typed: ‘I’m sorry, I know that Louis and Anthony are close because of what happened over the past years but J-Sol really deserved that spot. I’m not being rude but Anthony simply can’t sing as good. I have a feeling he chose him because of their relationship which isn’t fair.’

‘Louis picking Anthony… like we didn’t see that set up coming,’ posted another, while someone else tweeted: ‘So Louis puts his mate Anthony through on XFactor despite him messing his last performance up… I haven’t been this shocked since I woke up this morning and discovered that water is wet #fix.’ 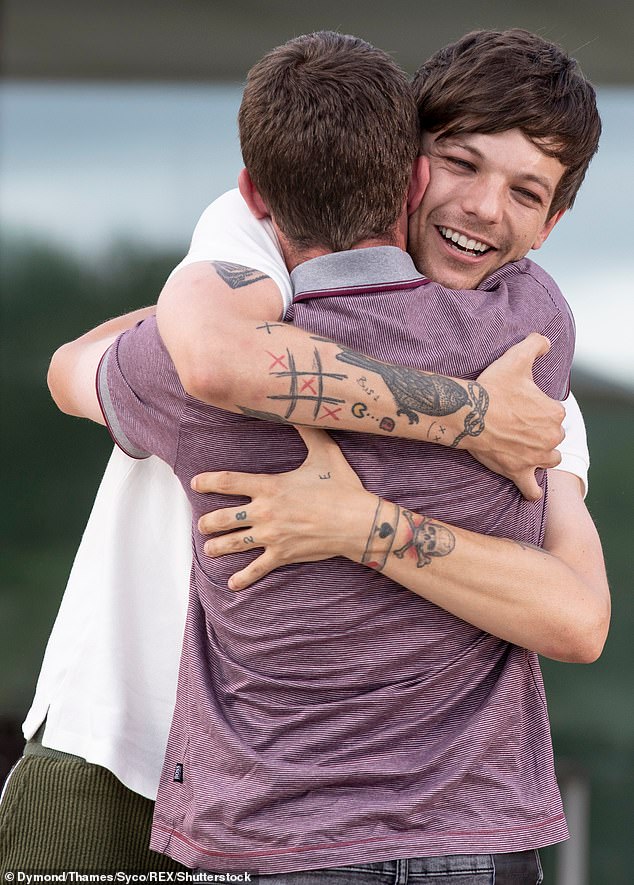 Unfair: This comes after viewers learnt that Anthony – who auditioned for the show in 2007 and 2017 – was already pals with Louis, after the One Direction millionaire paid for him to go to rehab last year due to an addiction problem

‘We all knew Louis was gonna take Anthony straight through to live shows no matter what because he has a personal relationship with him #bias,’ another posted.

‘I know Louis has a soft spot for that guy from Liverpool but he’s rubbish. Definitely not worth the live shows,’ came another tweet, echoed by: ‘Very predictable him putting Anthony through. I think if he didn’t have that back story, he wouldn’t have made it past Six Chair Challenge.’

On the flip side, die-hard Louis fans flocked to the fledgling judge’s defense.

One posted: ‘Anthony’s reaction just broke my heart. Shows how much he wanted it and he really does deserve it. Everyone needs to stop slating him.’

A second wrote: ‘You nearly sent me into early labour Anthony! Loved it! Good luck!’

Someone else typed: ‘Right who else has shed a tear? Yay well done Anthony and well done Louis Tomlinson for all he has done for him so far. What a guy.’

ITV confirmed last year: ‘Anthony has been going through some personal issues for some time – as he sang about at his audition. Those issues were still affecting him.

‘Everyone has urged him to concentrate on getting himself better right now. Production are all very fond of him and think he has really potential so have told him, if he straightens himself out, they would love him to have another shot at X Factor next year.

‘That is the perfect incentive for him to get his life back on track. Everyone hopes he will come back next year healthier.’

Anthony said, when he came back in 2018: ‘I thought I had a shot at this, I could be someone – and then I started going down a rocky road, making bad choices, the wrong decisions, started getting weak.

Louis also selected Dalton Andre Harris, Brendan Murray and Armstrong Martins to go through to the live shows. This left Thomas Pound and J-Sol out in the cold, sent home dejected.