Strictly’s Neil Jones wished his co-star Kevin Clifton happy birthday on Saturday after sharing a snap with his cheating wife Katya as he ignores the Seann Walsh scandal.

The dancer, who married Katya in 2013, has noticeably stayed silent after pictures of his wife smooching her Strictly partner on a boozy night out emerged last week.

Brushing off the cheating, the British hunk took to social media to share a picture of himself with his friend of more than 20 years to mark Kevin’s 36th birthday. 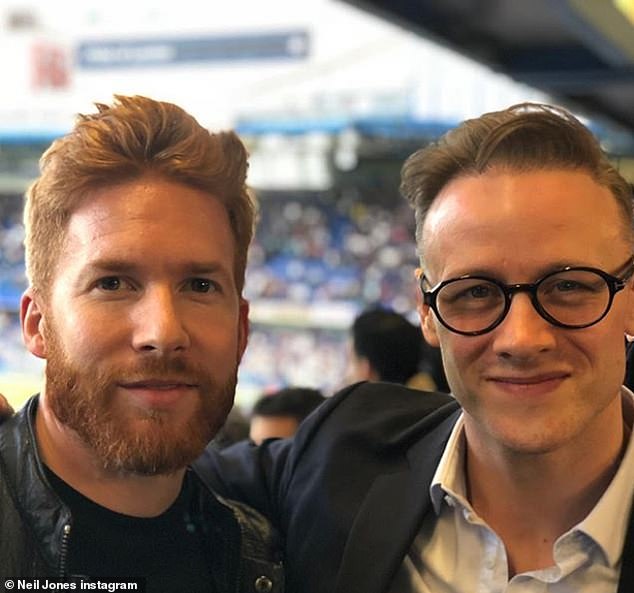 The choreographer wrote: ‘HAPPY BIRTHDAY @keviclifton I can’t believe we’ve know each other for over 20 years. Welcome to the CLUB 36 it’s an elite club but you will love it.

On Friday, Neil revealed there was no bad blood between him and his cheating wife as they put on an amicable display during a photo shoot.

The dancing duo looked close as they were caught on camera by professional photographers at the British coast.

Neil’s Instagram posts emerge as it is claimed the Strictly crew have thrown their support behind Katya and Seann.

A source told : ‘Cast and crew were offering support. Whatever they think of the kiss they know it must have been a horrid week for them.

‘He knows what he did was wrong but he feels he has done everything he can after kissing Katya and is desperate to get the chance to move on with Strictly and with his life.

‘He is training hard and is going to give everything he can in the performance. It is going to be emotion-packed as he and Katya know millions are watching their every move.’

Their appearance comes shortly after saucy pictures of Katya and Seann in a steamy clinch sent shockwaves through their relationships last week, with the duo insisting it was a drunken one-off.

Despite this, insiders from a local pub have told  that they would come into the pub ‘every night’ and would stop to kiss each other while enjoying drinks and intimate chats — contrary to their insistence.

Katya’s marriage to Neil has been under much scrutiny, after the photos emerged of her passionate kiss with her dance partner.

Russian beauty Katya met her husband five years before their 2013 nuptials, after reportedly dumping her Russian lover and travelling to a Blackpool dance competition without a partner.

The glamorous dancer, from Sestroretsk, Russia, was paired with Neil, who she affectionately called ‘that ginger boy’ and life took off.

Katya said of the trip: ‘When I split with my partner, we already had a trip booked to dance Blackpool. I just came to watch… Richard [Porter, an English dance coach] said to me that he knew a partner for me. He wouldn’t tell me who it was.

‘So I didn’t know and I was wondering all the time. He finally told me it was Neil Jones and my Mum said: ‘Oh, it’s that ginger boy!”

In 2016, both Katya and Neil signed up as professional dancers for Strictly Come Dancing — with Katya and her celebrity partner, politician Ed Balls, placing sixth.

On Wednesday evening’s edition of Strictly sister show It Takes Two Katya apologised to ‘everyone it hurt and involved’ , but said she and Neil were ‘absolutely fine’.

‘Obviously I apologise, and I can’t apologise enough to everyone who it hurt and involved,’ she said.

‘But, the main thing, me and Neil are absolutely fine and that’s what matters to me the most right now and focusing on my job and doing it as professionally I can.’

Seann, whose girlfriend ended their five-year relationship after the incident, added:  ‘I think that, obviously I’m sorry for the hurt that I’ve caused.

‘We were getting on well, we were having fun. We had a couple of drinks and made a huge mistake and I regret it deeply.’

Reflecting on his separation from Rebecca, he added: ‘I made a mistake, which I’m very sorry for – sorry for the hurt that I’ve caused. You never think about the extent of the damage that you’re going to do, in a moment of, you know the mistake that you’ve made.

‘I’m not perfect, far from it. Our relationship wasn’t perfect. That doesn’t mean I wanted it to end the way it finally did, and I’m very sorry for that.

Rebecca publicly dumped Seann in a lengthy social media statement, heaping further condemnation on the comic by revealing his passionate kiss with Katya happened on her birthday, while she sat alone in their London flat.

Taking to Twitter on Monday evening, she wrote: ‘Those pictures were taken on October 3rd. It was my birthday. I was alone at home when Sean texted at 10pm saying the two of them were going for one innocent drink.

‘We spoke and I told him, not for the first time, that his actions over the past three weeks had led me to believe something inappropriate was going on. 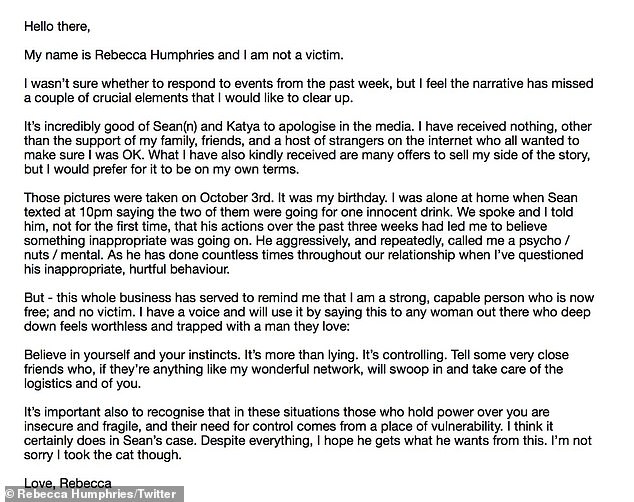 Candid: Rebecca Humphries heaped further condemnation on Walsh by revealing his passionate kiss with Katya happened on her birthday, while she sat alone in their London flat

‘He aggressively, and repeatedly, called me a psycho/nuts/mental. As he has done countless times throughout our relationship when I’ve questioned his inappropriate, hurtful behaviour.

‘But – this whole business has served to remind me that I am a strong, capable person who is now free; and no victim.

‘I have a voice and will use it by saying this to any woman out there who deep down feels worthless and trapped with a man they love: Believe in yourself and your instincts.

‘It’s more than lying. It’s controlling. Tell some very close friends who, if they’re anything like my wonderful network, will swoop in and take care of the logistics and of you.’ 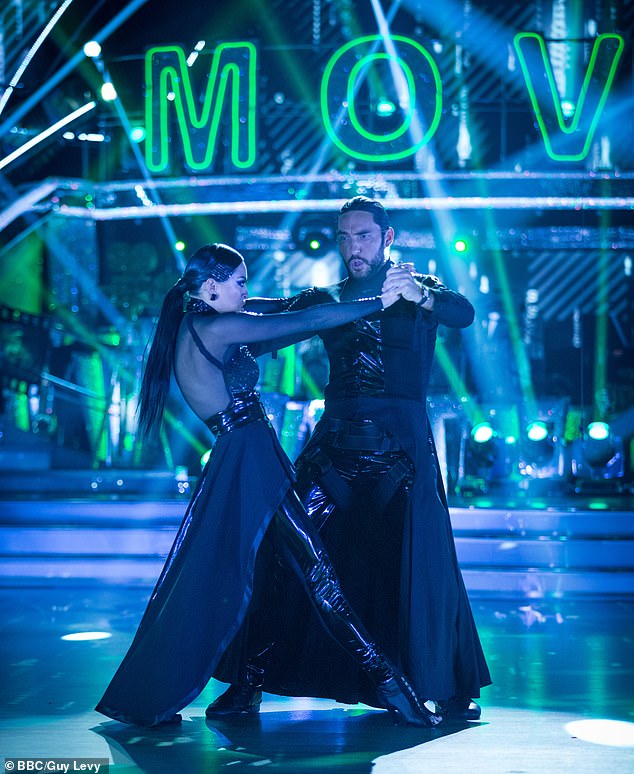 Controversy: The couple’s relationship has been rocked in recent days after the Russian beauty was pictured kissing her celebrity partner following weeks of flirting on and off the dancefloor

1950s pictures present publish WWII British manufacturing unit employees having enjoyable
Meghan's bodyguard to quit after just six months in the job
Thug, 30, who beat his pregnant girlfriend posted ‘upskirt’ photo of her genitals on Facebook
STEPHEN GLOVER: it is grossly unjust that Gordon Banks was never knighted
Brexit hardliners BACK Bercow's sabotage of May's deal
Victorian poisoner 'Sally Arsenic' may have been hanged after unsafe conviction for attempted murder
13 of 260 who died in UK yesterday from coronavirus had no underlying health conditions
Couple are caught having sex in St James's Park yards from Buckingham Palace